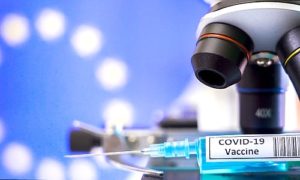 Despite the World Health Organisation and the European regulator backing continued use, inoculations using the Oxford-AstraZeneca vaccine have been suspended in numerous countries, in what the Italian medicine chief described as “a political decision”, writes MedicalBrief. In South Africa, the controversial sale of the vaccine to African Union countries is almost complete, says the government.

The European Union’s COVID-19  vaccination drive, already lagging and beset with organisational problems, was thrown into fresh chaos this week when for “precautionary reasons” the use of the AstraZeneca vaccination was suspended following 37 incidents of bloot clots in recipients, out of 17m doses administered. No country in the EU is on track to reach the goal of 70% vaccination by September.

The countries involved are Germany, Italy, France, Spain, Denmark, Ireland, Bulgaria, the Netherlands, as well as non-EU Iceland, Norway, Thailand and Indonesia. Austria, Estonia, Lithuania, Latvia and Luxembourg also suspended inoculations but only from a single batch of the vaccine.

South Africa decided not to use the AstraZeneca product shortly after procuring it at considerably above its EU-procured price over concerns that it would not be efficacious against the latest variants. There has been pushback against the decision, reported in previous editions of MedicalBrief, led by Prof Shabir Madhi,  Medical Research Council vaccinologist and principle investigator in the Oxford/AstraZeneca vaccine trial locally.

Madhi urged the Health Department not to abandon the vaccine but to make immediate strategic use of it among high-risk groups before it expired. His  plea followed upon Public Health England data showing that a single-shot of the vaccine cut risk of serious illness by 80% in the over-80s.

The New York Times described the pausing of use of the AstraZeneca vaccine as “weakening an already faltering rollout” in the EU. “The suspensions have as much to do with political considerations as scientific ones. Once Germany hit pause, pressure increased on other governments to follow suit and avoid accusations of being incautious.”

The EU’s chief drug regulator,  the European Medicines Agency (EMA), pushed back against doubts about the AstraZeneca vaccine, saying that while it was studying concerns  about the possibility of rare side effects, there was “no indication that vaccination has caused these conditions” and the benefits outweighed the risks.

“There is an emotional situation that is the fallout from this case that started in Germany,” Giorgio Palù, the president of Italy’s Medicines Agency said on Tuesday. He said: “There is no danger. There is no correlation at the epidemiological level.”

The agency’s director was more explicit. “It was a political choice,” Nicola Magrini, the director, told the Italian media , saying that Italy suspended the administration of the AstraZeneca vaccine because other European countries had decided to do so.

By midweek, notes The New York Times, “some governments were already recasting their decisions as a step to buck up confidence in vaccinations — a regrouping, of sorts, of a troubled effort. But for now, the suspensions seem certain to have had the opposite effect, further delaying Europe’s stumbling rollout and perhaps putting at risk hundreds or thousands more lives.”

More than 11m doses of the AstraZeneca vaccine have been used in UK and the its Medicines and Healthcare Products Regulatory Agency  said the number of clots seen was no more than would have occurred naturally.

The EMA has re-emphasised that there is no indication the vaccine has caused these events. MedPage Today reports it, too, pointed to no apparent bump in rates compared with the general population.

In fact, the report says, Dr Mary Cushman, medical director of the University of Vermont Medical Centre Thrombosis and Haemostasis Programme in Burlington tweeted that the lower rate than in the general population may even suggest that the vaccine protects against thrombosis, and certainly reducing the disease reduces thrombosis from it.

Even so, there are concerns that slowing down vaccination – AstraZeneca's vaccine has accounted for around a third of inoculations in Europe – will cost lives and could contribute to hesitancy.

"I do worry that some people will not be able to differentiate between an unrelated or coincidental VTE (venous thromboembolism) occurrence (due to DVT/PE being so common in the general population) and a causative relationship," Dr Stephan Moll, of the division of haematology at the University of North Carolina at Chapel Hill, said in the report.

MedPage Today notes that Dr Soumya Swaminathan, WHO chief scientist, noted that it has happened before: Norway early on raised concerns about deaths among the elderly getting vaccinated, but then clarified it was only the expected rate of death. Of the some 300m doses of all COVID vaccines administered globally, not a single death has been documented to have been caused by vaccination, she pointed out. "We do not want people to panic. We would for the time being recommend that countries continue vaccinating with AstraZeneca."

StatNews reports that experts worry that the suspension decisions will make it harder to convince people to receive it should the concerns turn out, as they expect, to be a false alarm. “When there are choices, I think the inclination would be that you aren’t stuck, so to speak, with a vaccine if you have questions,” said Sue Desmond-Hellmann, the former CEO of the Bill & Melinda Gates Foundation and a Pfizer board member.

The decisions, even if temporary, are likely to have other ripple effects, writes StatNews. “They put extraordinary pressure on a large clinical trial of the AstraZeneca vaccine being conducted in the United States, which has not authorised the vaccine’s use. And they raise questions about the rollout of a product that, globally, was expected to be produced most inexpensively and distributed most broadly.”

It quotes Sir Richard Peto, emeritus professor of statistics at the University of Oxford, who said that there was no good evidence of a hazard, and that he worried that the Norwegian medical agency, which first raised concerns, is not taking into account the underlying risk of clots. Even if vaccine decreased the risk of blood clots in older people, Peto points out, some blood clots would be expected to occur.

“Unless they’ve got serious evidence of hazard, they shouldn’t put out press statements that will very clearly be taken as evidence of hazard,” Peto said. Side effect scares are common with vaccines, but they also very often do not pan out. The reason is that so many people receive vaccines that some will experience what seems like a side effect by chance when, really, it is not related to the vaccine at all.

Dr Michael Head, senior research fellow in global health at the University of Southampton, is quoted in The Telegraph as saying: “The decisions by France, Germany and other countries look baffling.” He warned that halting a vaccine rollout in a pandemic had consequences for people's willingness to be vaccinated.

People in France and Germany have been reluctant to accept the AstraZeneca jab after President Macron said it was “quasi-ineffective” in the over 65s and incorrect reports in the German media claimed it was just 8% effective in older people. A string of EU countries ignored EMA advice and imposed age limits on the use of the jab, before later clearing it for use on older people.

Prof Jean-François Timsit, a vaccinations expert, told Radio France that “if you vaccinate 100,000 people over 50 years today rather than tomorrow, you have 15 fewer deaths”. With Germany having about 1.7m doses in fridges and not being used, that could cost 1,785 lives. Canada, Australia and Belgium, an EU member, said they would continue using the AstraZeneca vaccine.

Professor Adam Finn, a member of the WHO's working group on COVID vaccines, says in a BBC News report that stopping rollout in this way is "highly undesirable" and could undermine confidence in the vaccine, costing lives in the long-term. "Making the right call in situations like this is not easy, but having a steady hand on the tiller is probably what is needed most."

Professor Sir David Spiegelhalter, an expert in understanding risk at Cambridge University, says it shows that sometimes you have to look beyond the precautionary principle and be bold in your decision-making. "The precautionary principle favours inaction as a way of reducing risk. But the problem is that these are not normal times and inaction can be more risky than action."

What is needed in circumstances like these, according to Sir David, is to work out what is most likely on the balance of probability. That requires looking at both the direct and indirect evidence and the context those decisions are being made in.

"Sometimes it can be harmful to wait for certainty. Not vaccinating people will costs lives."

CNN reports that the episode poses another headache for AstraZeneca, whose vaccine has been beset by political disputes, delivery delays and other concerns, despite some governments seeking to put the concerns into context. “Investigations are carried out systematically each time serious adverse effects are declared,” France's health minister Olivier Véran said in his weekly briefing. "But what are we talking about? About 30 people out of more than 5m Europeans having received an injection.

Nigeria, which has started receiving millions of doses through COVAX programme, has defended the vaccine, saying it is satisfied with the clinical evidence indicating the shot is “safe and effective” and urging its citizens to continue to participate in the rollout. Real-world data has also shown that the vaccine is having a significant impact in reducing COVID-19 hospitalisations.

The Guardian quotes Stephen Evans, a professor of pharmacoepidemiology at the London School of Hygiene and Tropical Medicine, as saying that the decision to suspend the shots was “a super-cautious approach based on some isolated reports in Europe”.

The problem with “spontaneous reports of suspected adverse reactions to vaccines is the enormous difficulty of distinguishing a causal effect from a coincidence”, Evans said, adding that COVID-19 was strongly associated with blood clotting.

AstraZeneca’s review covered more than 17m people vaccinated in the UK and the EU, reports Reuters. “A careful review of all available safety data of more than 17m people vaccinated in the EU and UK with COVID-19 Vaccine AstraZeneca has shown no evidence of an increased risk of pulmonary embolism, deep vein thrombosis or thrombocytopenia, in any defined age group, gender, batch or in any particular country,” the company said.

“It is most regrettable that countries have stopped vaccination on such ‘precautionary’ grounds: it risks doing real harm to the goal of vaccinating enough people to slow the spread of the virus, and to end the pandemic,” Peter English, a retired British government consultant in communicable disease control, is quoted as saying.

The company said additional testing has and is being conducted by the company and the European health authorities and none of the re-tests have shown cause for concern. The monthly safety report will be made public on the EMA website in the following week, AstraZeneca said.

Australia has said it will continue to roll-out AstraZeneca’s COVID-19 vaccine as there was no evidence of a link to blood clots, reports Reuters. Australia’s government said that while its pharmaceutical regulator was monitoring those cases, there would be no pause in the roll-out of the vaccine.

Australia’s Chief Medical Officer Paul Kelly said there is no evidence to suggest the vaccine caused blood clots. “We do take them seriously and investigate,” Kelly said, referring to the reports of blood clots.

Australia has secured about 54m doses of the AstraZeneca vaccine, which Health Secretary Brendan Murphy described as the “the workforce vaccine for Australia”, with 50m to be locally produced.