The magic of endocrinology in Harry Potter's wizardry world 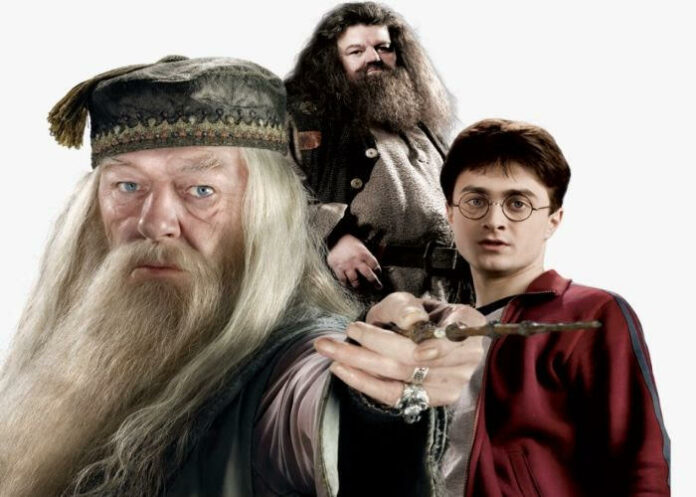 From gigantic Hagrid to a nose-less Voldemort, could endocrinology explain the unique characteristics of some of the characters in Harry Potter's world of wizardy?

Malcolm Gladwell pointed out that Goliath in the biblical story probably got his stature and his inability to miss a shepherd boy's slingshot from a pituitary tumour. And the plot of Steel Magnolias revolves around type 1 diabetes.

Most recently, I began to see endocrinology everywhere in probably the most successful series of stories of recent times: the Harry Potter chronicles.

One of the observations that piqued my attention was when Emma Watson and Daniel Radcliffe joked about the hormones running rampant as the characters and actors who played them navigated adolescence, growing from children to teens as they made successive movies.

The wizarding world of hormones

This line made me ponder other less-famous hormones that could explain some of the fantastical findings of the wizarding world.

Hormones – invisible chemical messenger – are truly magical. They are most famous for sexual development but also empower growth, bone strength, fluid homeostasis, weight, carbohydrate metabolism, salt balance, blood pressure regulation, and any other function you can imagine; indeed, thyroid hormone is crucial for almost every system of the body.

Perhaps the notable transformation of the main characters through puberty isn’t the only hormonal influence we should credit.

Just for fun, here are some other hormonal diagnoses that could explain some of the dark arts represented in the series.

Could Hagrid the giant have acromegaly? Clinical signs include enlarged hands and feet and excess growth of the ears and nose.

A good way to check is to compare old photographs with the present condition. The actor who plays Hagrid, Robbie Coltrane, looks very different from the character after his transformation. Someone check his IGF-1 – the hormone that manages the effects of growth hormone!

Neville Longbottom, the series’ late bloomer, is the poster child for teens with constitutional delay of growth and puberty. This often frustrating but benign condition that plagues the “slow developer” tends to run in families and causes those who have it consternation as they wait to grow while their peers surpass them in stature and other ways; it also leads for them to be underestimated, as we witness with Neville in the Harry Potter series.

Voldemort: Depicted without a nose, if He-Who-Must-Not-Be-Named had congenital central abnormalities, he should be screened for central pituitary hormone deficits because the pituitary gland shares common embryology with other midline structures. (His evil has nothing to do with his possible underlying endocrinopathies.)

The Weasley family: if any of these red-headed wizards presented with adrenal insufficiency and rapidly progressive obesity, a POMC (pro-opiomelanocortin) mutation should be considered.

Nearly Headless Nick’s near-decapitation might have affected his thyroid or parathyroid glands – Hogwarts physician Madame Pomfrey should pay special attention to his thyroid stimulating hormone and calcium levels, at least if she is willing to take advantage of Muggle remedies.

Moaning Myrtle, killed by the Basilisk in the girls’ lavatory, continues with tantrums and moans as she haunts the bathroom at Hogwarts. Could her groans and psychiatric overtones be a sign of hypercalcaemia, and was she using the facilities as she tried to pass a kidney stone? At the very least causes of polyuria should be investigated, including diabetes insipidus and diabetes mellitus. A unifying diagnosis of never being able to leave the bathroom and vision changes requiring serious glasses like hers would be untreated septo-optic dysplasia or other causes of pituitary malformation or disruption.

And though Dolores Umbridge doesn’t have an obvious endocrine disorder, she seems like someone who would visit an endocrine office after doing her own research and arrive with a list of labs she demands.

Endocrinology is everywhere but often not seen with the naked eye

Like magic, endocrinology can't be seen with the naked eye, but it's everywhere we look, if only we choose to look.

Sama backs Caster against the IAAF on hormone manipulation

Remote medical diagnoses: Putin has Parkinsonʼs and Biden has dementia