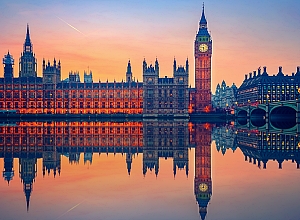 The UK governmentʼs pledge to outlaw virginity testing will be undermined unless fake surgery touted as “virginity repair” is also banned, the Royal College of Obstetricians and Gynaecologists (RCOG) has warned.

In an report in The Guardian, Hannah Summers reports that last month, ministers committed to criminalising the invasive and unscientific “tests” offered by some private clinics to determine whether someone is a virgin through an examination to see if the hymen is intact.

However, there are no plans to ban a procedure the same doctors claim can “restore virginity” by constructing a layer of skin at the entrance to the vagina to create the illusion of an unbroken hymen.

Typically girls and women are forced into the surgery known as “hymenoplasty” by relatives who want to present them as a “pure newborn virgin” who will bleed on their wedding night.

In 2020, an investigation by the Sunday Times identified 22 private clinics across the UK charging up to £3,000 for the procedure, which is performed under local anaesthetic. During the course of a year, about 9,000 people in the UK had searched Google for “hymenoplasty” and related terms, it found.

The RCOG claims efforts to ban virginity testing will be compromised if procedures that “repair or reconstruct” the hymen are not also made illegal.

The scale of the problem is not known in the UK because the procedures are carried out in private clinics and the data are not available.

"The RCOG is concerned that the way private clinics are advertising these procedures to women is further perpetuating myths around virginity, and in some cases being dishonest about what these procedures can achieve," said Dr Edward Morris, the RCOG president.

The UK government has committed to legislating to ban virginity testing, but has not yet made this commitment on hymenoplasty. The RCOG is calling for a ban on both.

Morris said: “We believe both procedures should be banned in the UK. Neither has any medical benefit and both are harmful practices that create and exacerbate social, cultural and political beliefs that attach a false value to women and girls in relation to their sexual history. A ban on virginity testing is undermined without a ban on hymenoplasty, as the two practices are inextricably linked.

“We are very concerned that women are either being coerced into having these procedures or feel pressurised into having them so they can bleed during sex and can demonstrate they are a virgin on their wedding night. Banning both virginity testing and hymenoplasty in the UK will send a clear message that there is no place in the medical world for these procedures and that women deserve the right to have ownership over their own sexual and reproductive health.

“We recognise that women seeking these procedures are often in very vulnerable and desperate situations. We would urge healthcare professionals who are approached about virginity testing or hymenoplasty to follow the appropriate safeguarding protocols, to ensure women are able to connect with organisations that can offer support. This should include referring women to police or social services if there is a perceived risk of violence or coercion.”

The RCOG is working with charities including IKWRO and Karma Nirvana to ensure there is support in place for women who are being pressurised into proving their virginity in this way.

The hymen is a membrane with relatively few blood vessels and, according to the RCOG, studies have found that bleeding is not routinely observed after first vaginal intercourse.

The World Health Organization is clear the appearance of the hymen is not a reliable indicator of intercourse and says virginity testing is a violation of human rights.

According to The Guardian, Morris said doctors who repeated the medically incorrect statement that an intact hymen signifies a lack of vaginal intercourse and vice versa fell way below meeting the General Medical Councilʼs ethical guidelines.

Diana Nammi, executive director at IKWRO Womenʼs Rights Organisation, said hymenoplasty is a form of violence against women and girls and a harmful practice that can enable forced marriages.

"There is no justification for either virginity testing or hymenoplasty, which cause immediate and long-term social and psychological trauma. Like the equally harmful practices of Female Genital Mutilation and forced marriage, both must be banned with immediate effect.

"Far from safeguarding the women or girl against 'honour' based abuse, hymenoplasty paves the way to many forced marriages, where there is an expectation that the bride will present as a virgin. Most women and girls are unaware that hymenoplasty cannot guarantee bleeding, which can mean that she is left at even greater risk on her wedding night.

"What we need to see from the government, in addition to an urgent change in the law to ban virginity testing and hymenoplasty, is funding for specialist support services like IKWRO to safeguard women and girls at risk and to engage communities and young people through schools, to challenge the perception that a woman’s or girl’s worth is connected to virginity.

“A ban on virginity testing is essential but on its own will not be enough to protect many of the girls and women with whom we work. They tell us they do not choose to undergo this procedure of their own free will – rather it is always because they are under pressure to present as a virgin,” she said.

“And if a girl doesnʼt bleed on her wedding night, which hymenoplasty doesnʼt guarantee, she is at even greater risk from honour-based abuse.”

Natasha Rattu, executive director at Karma Nirvana, leading specialist charity for victims of Honour Based Abuse, said: “Every woman deserves the right to make any decision about her body – free from shame, stigma or discrimination, without pressure to subscribe to ‘gender-based societal norms’, and without fear of harm. This is why we are campaigning to end the practice of virginity testing and hymen repair, in addition to tackling the shame and stigma commonly associated to ‘virginity’. ‘Virginity’ is a deeply embedded social norm that has no scientific basis.

“We recognise virginity testing and hymenoplasty to be forms of Violence Against Women and Girls, which in itself is both a cause and consequence of gender inequality. We have invited the government to support our call for legislative changes to enable full protection for women and girls from this hidden harm in our written submission to the Home Office Violence Against Women and Girls Strategy.

"Virginity testing is rarely an isolated incident of abuse, it is often associated with other behaviours that discriminate against, limit or harm women and girls. In our experience, this can include other forms of Honour Based Abuse, such as forced marriage.”

Dr Pallavi Latthe, Chair of The British Society for Paediatric and Adolescent Gynaecology (BritSPAG – a specialist society of the RCOG), said: “The RCOG and BritSPAG would also like to see comprehensive, evidence-based and high-quality information about virginity available on the NHS website, as well as within healthcare and other public sector settings. This information should aim to dispel myths about virginity, and to support women and girls to have ownership over their own sexual and reproductive health. This information should sit within a wider plan for high-quality information around women’s health that can be developed as part of the upcoming Women’s Health Strategy.

“We are committed to working with the government to make sure legislation does not prohibit clinicians from undertaking clinically necessary procedures, such as the need to repair hymenal remnants after external trauma or another clinical procedure. We are also calling for a review of the clinical codes that relate to the hymen on current NHS systems to make sure there are no codes that allow for clinicians to undertake a hymenoplasty.”

MP Richard Holden is hoping for cross-party support for two clauses banning virginity testing and hymenoplasty that he has tabled for the health and care Bill going through parliament.

He said: “Virginity tests and hymen repair surgeries are being conducted by doctors to check or ‘restoreʼ the virginity of girls and women, often prior to marriage. These practices are not founded in science, are abusive and perpetuate dangerous myths.”

The government has already committed to banning virginity testing in its violence against women and girls strategy – but hymenoplasty was not mentioned. It confirmed it would legislate to make virginity testing illegal at the “earliest opportunity”.

The Department of Health and Social Care, added The Guardian, said it remained concerned about the practice of hymenoplasty and intended establishing an independent expert panel to examine the clinical and ethical aspects of the surgery.