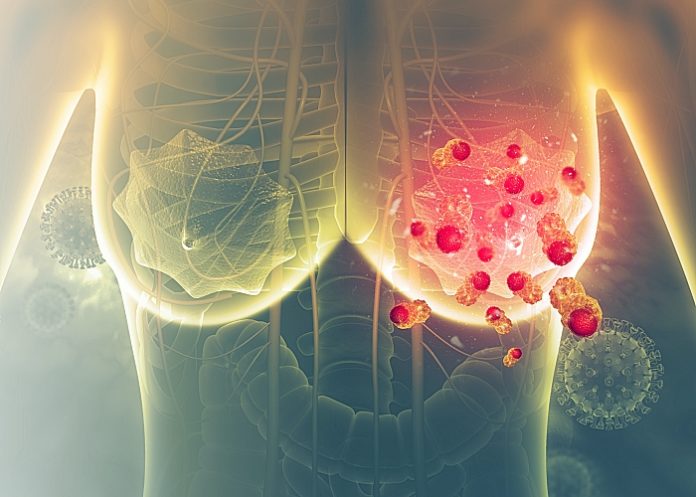 Women under 35 diagnosed with breast cancer face a higher risk of it spreading, according to the first global study of its kind, presented at the virtual sixth International Consensus Conference for Advanced Breast Cancer.

Breast cancer is the most common form of cancer, with 2.3m people diagnosed with it annually. Survival rates are generally good, which is largely because of screening, early diagnosis and improved treatment.

However, until now, little has been known about the risk of secondary breast cancer, where the disease spreads to other parts of the body and becomes incurable, reports eCancer.

A meta analysis of more than 400 studies has found the risk of breast cancer spreading to another part of the body ranges from 6% to 22%. TThe findings also suggest that certain women face a higher risk, including those diagnosed with breast cancer under the age of 35, those with larger tumours when initially diagnosed, and those with specific types of the disease, for example luminal B.

Kotryna Temcinaite, senior research communications manager at the charity Breast Cancer Now, said the analysis “provides helpful insight into who is most at risk”.

“About 1,000 women in the UK die each month from incurable secondary
breast cancer,” she said. “We desperately need to learn more about this devastating disease so that we can find new ways to improve treatment, care and support for people living with it, and for those living in fear of a diagnosis.

“The data show that people diagnosed with primary breast cancer aged 35 or younger have the greatest chance of developing secondary breast cancer. The study also highlights that the size of the tumour, the type of breast cancer and the length of time, since primary diagnosis can have an impact on a personʼs risk. Secondary breast cancer can develop many years after an initial cancer diagnosis, so itʼs vital that we understand it better and find new ways to prevent it.”

For the study, researchers analysed data on tens of thousands of women across more than 400 studies from North and South America, Europe, Africa, Asia and Oceania.

The analysis suggests the overall risk of metastasis for most breast cancer patients is between 6% and 22%. Researchers say the range is broad because the risk varies significantly depending on a whole range of different factors.

“This may be because younger women have a more aggressive form of breast cancer or because they are being diagnosed at a later stage,” said the presenter of the study, Dr Eileen Morgan, of the International Agency for Research on Cancer (IARC).

“Breast cancer is the most common form of cancer in the world,” she said. “Most women are diagnosed when their cancer is confined to the breast or has only spread to nearby tissue. But in some women, the cancer will grow and spread to other parts of the body or come back in a different part of the body several years after the end of their initial treatment.

“At this point the cancer becomes much harder to treat and the risk of dying is higher. However, we donʼt really know how many people develop metastatic breast cancer because cancer registries have not been routinely collecting this data.”

The study also found women with specific types of breast cancer appeared to have a higher risk of it spreading, for example those with a type of cancer called luminal B. Those with this form had a 4.2% to 35.5% risk of it spreading compared with 2.3% to 11.8% risk in women diagnosed with luminal A cancer.

Dr Shani Paluch-Shimon, a member of the conferenceʼs scientific committee and director of the breast unit at Hadassah University Hospital in Israel, who was not involved with the research, said the findings were “vital” for patients and doctors.

“There has been a knowledge gap about how many people are living with advanced breast cancer around the world. This study is a step towards filling that gap. The researchers have already been able to give the first reliable estimate of how many breast cancer patients go on to develop advanced disease in contemporary cohorts and identify some of the groups, such as younger women, who face a higher risk. The second part of this study will define how cancer registries can collect adequate data about relapses so that we may know how many patients with metastatic cancer there are in each country.

“This information is, of course, important for patients who want to understand their prognosis. But it’s also vital at a public health level for those of us working to treat and prevent advanced breast cancer to help us understand the scale of the disease around the world. It will help us identify at-risk groups across different populations and demonstrate how disease course is changing with contemporary treatments. It will also help us understand what resources are needed and where, to ensure we can collect and analyse quality data in real-time as this is key for resource allocation and planning future studies.”