US study finds many physicians have misconceptions about e-cigarettes 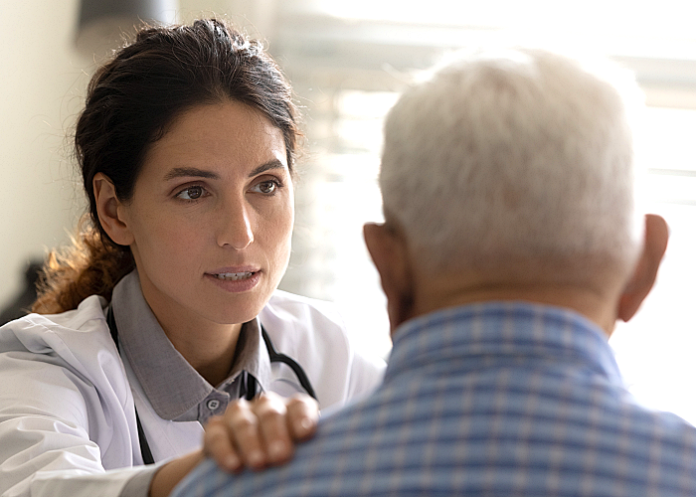 Many physicians in the United States incorrectly believe that all tobacco products are equally harmful and thus are less likely to recommend e-cigarettes for people seeking to quit smoking or those being treated for a tobacco-caused disease, according to a study by Rutgers University.

The following story by Patti Verbanas was published by Rutgers University on 15 April 2022:

About 480,000 people die each year in the United States from smoking tobacco. Although the Food and Drug Administration has not approved e-cigarettes as a cessation device, many people ask their physicians about using them as an alternative to tobacco cigarettes or as a way to help them stop smoking. E-cigarettes use a heated liquid containing nicotine.

“As the evidence grows showing e-cigarettes as potentially effective for smoking cessation, they may play a pivotal role in reducing use of cigarettes and subsequently tobacco-caused disease,” said study author Michael Steinberg, medical director of the Rutgers Tobacco Dependence Programme and division chief in the Department of Medicine at the Rutgers Robert Wood Johnson Medical School.

“It’s important to understand physicians’ perspectives on e-cigarettes as a means for harm reduction.”

The study, published in JAMA Network Open, asked 2,058 US physicians in 2018 and again in 2019 about their communication with patients about e-cigarettes.

The researchers asked how they would advise two different patients who wanted to quit smoking: a young woman who is a lighter smoker and had not yet tried to quit and an older man who smoked heavily and had tried to quit many times using different methods.

The study found that physicians were significantly more likely to recommend e-cigarettes for the heavy smoker while recommending FDA-approved medications, like nicotine gum or lozenges, for the light smoker.

Nearly 70% of the physicians reported that patients have asked them about e-cigarettes, and one-third said they were asked in the past 30 days. More than 60% of the doctors incorrectly believed that all tobacco products are equally harmful.

“These findings show it is critical to address physicians’ misperceptions and educate them on e-cigarettes’ efficacy, particularly correcting their misperceptions that all tobacco products are equally harmful, as opposed to the fact that combusted tobacco is by far the most dangerous,” said lead author Professor Cristine Delnevo, director of the Rutgers Centre for Tobacco Studies and professor of health behaviour, society and policy at the Rutgers School of Publish Health.

The study also found that pulmonologists, cardiologists and physicians who used the US Public Health Service Clinical Practice Guidelines treating tobacco use and dependence were more likely to recommend e-cigarettes to patients as were those who endorsed a harm-reduction perspective and had themselves smoked cigarettes.

Physicians were also more likely to recommend e-cigarettes, however, if a patient asked about them first.

Communication Between US Physicians and Patients Regarding Electronic Cigarette Use

Physicians play a primary role in patient smoking cessation, yet their communication regarding e-cigarettes is not well understood.

To assess physician-patient communication regarding e-cigarettes.

A national cross-sectional survey in 2018 and 2019 was conducted. Participants were invited by mail; surveys were completed online. Respondents were 2,058 board-certified physicians from family medicine, internal medicine, obstetrics and gynaecology, cardiology, pulmonary and oncology. Data were analysed from August to September 2021.

Physician demographic characteristics, tobacco use, medical specialty and harm-reduction beliefs (that is, not all tobacco products are equally harmful) applied within two hypothetical clinical scenarios.

In this survey study of physicians, findings suggest that physicians may recommend switching to e-cigarettes for some patients who smoke cigarettes under certain circumstances, presumably for cessation.