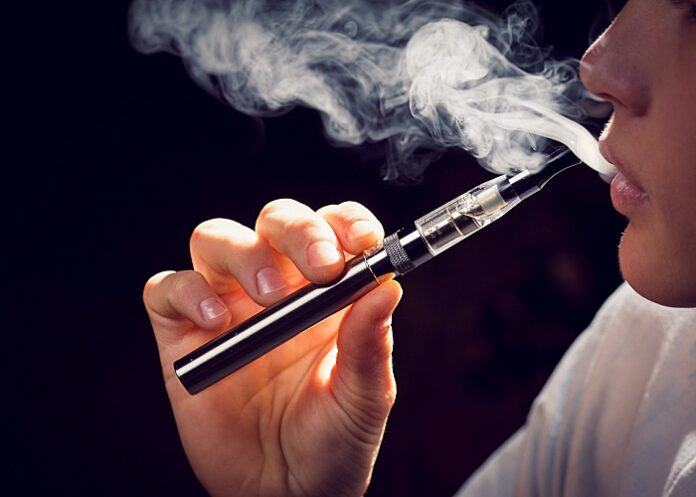 As the National Health Service in England forged ahead with plans for doctors to prescribe e-cigarettes to help people quit smoking, in France a health authority said doctors should not offer them as a tobacco alternative due to lack of evidence on the benefits and risks. But e-cigarettes could be used to complement officially-sanctioned efforts to reduce tobacco harms.

People trying to stop smoking should not be recommended vaping as an alternative by their doctors. Until now, the HCSP has said that e-cigarettes or vapes could be considered as an aid to stop or reduce the consumption of tobacco.

The new advice published on 4 January 2022 states that health professionals should not recommend vapes as a stop-smoking tool as there is not enough perspective on the benefits and risks.

It states: “The current evidence is insufficient for health professionals to be able to suggest [electronic cigarettes] as aids to smoking cessation.

“Health professionals who are helping a smoker stop smoking must [instead] use medicinal or non-medicinal treatments that have proven their effectiveness.” These include patches or nicotine gums, it said.

E-cigarettes are inhalers that vaporise nicotine liquid to simulate the act of smoking, The Connexion points out. They may include nicotine: this is considered useful for people who are hooked on nicotine and are trying to give up cigarettes, with their deadly smoke.

E-cigarettes do not produce smoke, but a vapour that research suggests is less harmful. In France, e-cigarette users are known as ‘vapers’ or ‘vapoteurs’.

However, the HCSP stated that it does not condemn e-cigarettes completely. It said: “They can be used outside of (or as a complementary part of) care in the context of a care system.

The council said that although it was not certain of the risks or benefits of e-cigarettes, “when used outside of the health system, these products may be helpful for certain consumers and contribute to an improvement in their health”.

The issue is not without controversy in the medical community, continues The Connexion.

Some health authorities, including the World Health Organisation (WHO), have said that electronic cigarettes could be dangerous and should be regulated.

But some addiction specialists stay that e-cigarettes are less dangerous than tobacco, and that the former is preferable to the latter, continues The Connexion.

In 2018, a study from independent consultancy Odoxa-Dentsu suggested that Santé publique France figures showing that one million people had stopped smoking between 2016 and 2017 were actually reflecting a rise in the use of e-cigarettes.

It also showed that a significant percentage of people in France considered e-cigarettes to be a ‘stop smoking’ aid, with more than two-thirds of respondents believing that the use of vapes plays a major role in reducing smoking levels.

UK smokers trying to quit will be prescribed e-cigarettes

Meanwhile in England, the National Health Service (NHS) announced late last year that doctors could prescribe e-cigarettes via the NHS to help patients quit smoking. On Tuesday, Kate Ferguson wrote in The Sun that the new policy would become reality within months.

It is now also part of a crackdown on tobacco addiction by Health Secretary Sajid Javid, who has been working on a white paper that aims to level up health across the country by approving vapes, among other things.

A Whitehall insider said: “Mr Javid has made it clear he wants to level up health – tackling smoking is part of that. The MHRA opened the door to prescribing vapes.”

The plan is to tackle a ­shocking healthy life expectancy divide of 18.6 years in the UK, according to The Sun.

Blackpool has the lowest healthy life expectancy for men. Men born there are likely to have just 53.3 years in good health. In contrast, those from affluent Richmond upon Thames in South West London can expect 71.9 years of good health.

By 2030, the Government wants Britain to be free of smoking, which is one of the main causes of the health gap. In Blackpool, 23.4% of ­people smoke compared with just 8% in Richmond.

The Sun story – VAPING ON NHS : Smokers trying to quit will be prescribed e-cigarettes on the NHS in months