War metaphors in cancer treatment may do more harm than good 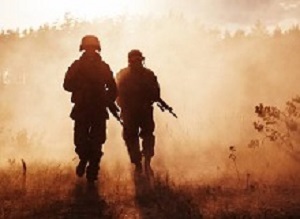 The ubiquitous use of war metaphors when referring to cancer may do more harm than good. The Guardian reports that this is according to research into the psychological impact the phrases have on people’s views of the disease. Framing cancer in military terms made treatment seem more difficult and left people feeling more fatalistic about the illness, believing there was little they could do to reduce their risk, researchers found.

And while the language is intended to motivate people and make them more vigilant at spotting symptoms and getting them examined, the study found no evidence this was the case. “Our work suggests battle metaphors could have a negative impact on how people think about cancer and those thoughts could undermine people’s intentions to engage in healthy behaviours,” said David Hauser, a psychologist at Queen’s University in Ontario, Canada.

Hauser and Norbert Schwarz, a professor of psychology at the University of Southern California, studied the impact of war metaphors in cancer care after noticing how common the language had become. “People use these metaphors thinking they have a beneficial impact, or at least no negative impact, but nobody has actually studied it,” Hauser is quoted in the report as saying.

In four separate experiments involving nearly 1,000 generally healthy volunteers, the researchers looked at how people’s opinions varied on reading passages about cancer patients that included battle metaphors, journey metaphors, or no metaphors at all. The battle metaphors included words such as “fight”, “attack” and invaded”.

Military metaphors may not be benign, the report said the study found. After reading accounts of cancer patients sprinkled with war metaphors, people rated cancer treatment as more difficult than those who read the same passages with journey metaphors, or no metaphors at all.

Abstract
Bellicose metaphors for cancer are ubiquitous. But are they good metaphors for health communicators to use? Because metaphors can guide reasoning about abstract concepts, framing cancer with metaphors of battle, war, and enemies leads people to apply attributes of these concepts to cancer. The current research investigates how this affects inferences about cancer treatment, prevention, and monitoring. Battles and war are usually seen as being difficult. Indeed, reading about a person’s “battle” or “fight” against cancer makes cancer treatment seem more difficult (studies 1-4). One way to approach a battle is to surrender and give up control. Consistent with this implication, battle metaphors increase fatalistic beliefs about cancer prevention (e.g., believing that there is little one can do to prevent getting cancer; study 3). Finally, even though battles invoke vigilance and action, Study 4 failed to find that such metaphors motivate people to immediately see their doctor when imagining a cancer scare. These findings suggest that bellicose metaphors for cancer can influence the health beliefs of nonpatients in ways that may make them less willing to enact healthy behaviors.