Why independent healthcare for prisoners is vital – Judge Edwin Cameron 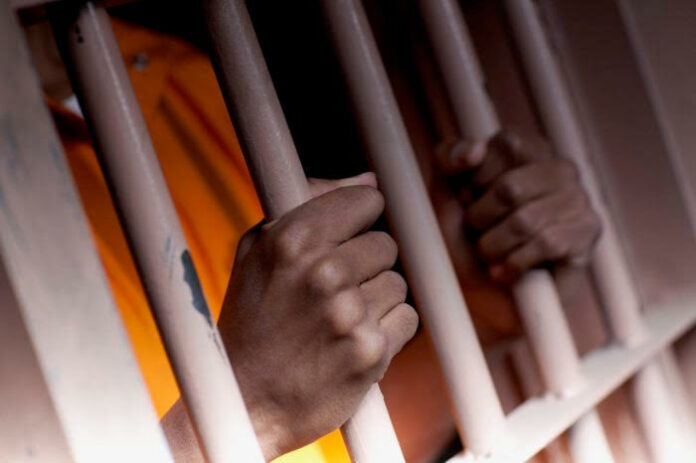 Management of healthcare for prisoners must be shifted from correctional services to the Department of Health so that healthcare professionals can perform their jobs independently and professionally, argues Judge Edwin Cameron, Inspecting Judge of Correctional Services.

In a GroundUp analysis, Cameron writes that post-apartheid, healthcare in prisons is still not independent, with the result that "loyalty of some health professions" is diminished because “allegiance to prison authorities (is ranked) higher than professional responsibility to patients”.

"Additionally, they need specific, ongoing training for the prison environment. We also need more healthcare professionals working in prisons – and they must be accessible, proactive and willing to speak out.

During apartheid, healthcare for those inside prison and in police custody was used as a 'tool of manipulation and coercion'. There was medical negligence, poor quality care, false medical and autopsy reports, and warped medical ethics. (Bram Fischer, in his dying days, received no treatment for his crippling cancer).

The problem was not only one of medical ethics. There was a 'fragmented approach and a general lack of clarity' in governing what health professionals did to those in their custodial care, wrote Laurel Baldwin-Ragaven, Leslie London and Jeanelle De Gruchy in their book An Ambulance of the Wrong Colour: Health Professionals, Human Rights and Ethics in South Africa.

Healthcare must be separated from prison administration

This blighted history led Dr Judith van Heerden, an expert in this area, to recommend to the TRC that prison healthcare 'must be separated completely from custodial care'. All healthcare professionals in prisons 'should be appointed, paid by and responsible to the Department of Health' – and no longer to the prison authorities.

The TRC embraced this advice in its recommendations. It suggested that: the Department of Health assume control over prison healthcare; prison health responsibilities and obligations should be clearly defined with an independent line of authority.

These recommendations accord with international guidelines. The UN Mandela Rules entail a demarcation between healthcare and custodial care; there shall be 'full clinical independence'. Healthcare professionals 'shall not have any role in the imposition of disciplinary sanctions or other restrictive measures'. And clinical decisions may only be taken by healthcare professionals 'and may not be overruled or ignored by non-medical prison staff'.

Experts have underscored the importance of providing health services in prison that are separate from the prison administration. The World Health Organisation and the United Nations Office on Drugs and Crime say healthcare professionals should act 'completely independent of prison authorities' and in 'alignment with public health services'.

Furthermore, the Association for the Prevention of Torture advocates for the 'integration of the prison health service into the national health service' to guard the 'professional and ethical independence of the health staff' and 'provide recourse to an independent body in case of conflicts'.

Did democratic South Africa heed this advice? No.

Medical ethicist Professor Solomon Benatar said the Department of Health 'began to dismantle the district surgeon services' and '(i)t became possible for DCS to appoint nurses and other medical staff to deliver healthcare' in our prisons.

A special duty of care

In his book Health and Health Promotion in Prisons, Professor Michael Ross states that depriving inmates of liberty does not mean we may deprive them of access to healthcare. On the contrary, their deprivation of liberty means we owe them a 'special duty of care'. Critically, Ross acknowledges that we provide 'good care to bad people because we are professional, and because we, and they, are human' and if bad care is given 'the humanity we degrade is also ours, not only theirs'.

Those in prison should have the same quality of healthcare as the public outside. This is the 'equivalence of care' principle. It means you don’t add poor healthcare treatment on top of imprisonment to punish.

We know that injuries and the use of anti-depressants are warning signs of trouble. Many cases of claimed abuse (especially sexual violations, assaults, use of force and torture) are reported to nurses and doctors. Later, investigators, both internal and external, rely on medical reports. Ross emphasises that one must ensure health assessments of inmates are based on medical criteria and inmates ought to trust their healthcare providers and feel safe to report abuse.

Additionally, nurses, psychologists and other medical practitioners play a role in how prisons are run. For example, they are expected to visit inmates in segregation (sometimes in solitary confinement). The Act provides that segregation “must be discontinued” if medical practitioners determine that “it poses a threat to the health of the inmate”.

Further, independent healthcare can provide another significant layer of independent monitoring over our closed-off prisons.

Two parallel healthcare systems are not advisable. Does DCS have adequate training facilities to ensure training and updates on clinical care for clinicians on its payroll? The Judicial Inspectorate for Correctional Services (JICS), which I head, believes not. DCS clinicians often miss out on training opportunities. Further, DCS’s data systems are standalone – they are not linked to the Department of Health’s facilities (connecting them would ensure continuity of care when inmates are released).

And a heartening thought: why not allocate community service doctors to prisons? This would alleviate costs and skills scarcity.

The state of healthcare in our prisons

Grievously, our prisons are a microcosm of all our country’s social ills. This is true of healthcare, but perhaps it is worse, since, notoriously, prisons are epidemiologic pumps for the spread of infectious viruses and diseases.

The 2020-2021 annual report of the Judicial Inspectorate for Correctional Services paints an agonising picture of the state of prison healthcare.

Inmates do not get regular access to nurses and doctors, clinics in prisons are cramped and there is limited privacy for consultations, correctional officials are not always available to escort inmates to healthcare facilities, medications are not always dispensed on time, some medications have expired, health check-ups and screenings upon admission are not always conducted and medical files are not always updated.

Healthcare professionals in prisons, especially psychologists and social workers, are working with a desperate population. In the single year covered in the report, JICS reported 86 hunger strikes, 66 attempted suicides and 27 suicides. According to DCS’s annual report “suicide is the leading cause of (unnatural) deaths in correctional facilities”.

JICS’s recent quarterly report lists 40 unnatural deaths. We don’t know the cause of most; seemingly healthy inmates died. This requires JICS’s close investigative scrutiny of the post-mortem and medico-legal documents, which are in the hands of DCS and sometimes mysteriously disappear.

Further, there were 113 deaths as a result of natural causes, including pneumonia, cancer, meningitis, septicaemia and asthma.

Could some of these deaths have been avoided with early detection, close monitoring and regular access to medical assistance?

While inspecting prisons, I have met passionate nurses and committed doctors. Prisons are tough, dangerous and complicated places. I acknowledge that DCS has worked hard to progress in dealing with COVID, HIV and TB behind bars. But we have to do better.