Why marijuana can disqualify a runner from the Olympics 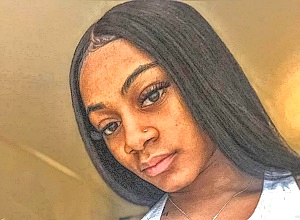 The news that the American sprinting star Sha’Carri Richardson faced disqualification from the Olympics after testing positive for marijuana quickly drew an outsized reaction, writes Victor Mather for The New York Times. Although cannabis use is legal in the state where Richardson was tested, it is a World Anti-Doping Agency prohibited substance.

For many people in the United States the reaction was: “Wait, you can be kicked out of the Olympics for pot?”

Richardson, 21, won the women’s 100-metre race at the US track field trials in Oregon last month. She was a favourite to win a medal in Tokyo, and with her colourful hair, vivacious personality and blazing speed she seemed poised to be one of the breakout American stars of the Games.

But under the rules, her positive test invalidated her result in the trials, keeping her out of the 100 at the Games. Her month suspension may end in time for her to run on the 4×100 meter relay team in Tokyo if she is selected to the team, according to The New York Times story published on 2 July 2021.

Richardson apologised last Friday and said in an interview with NBC that she had used marijuana to help cope with the death of her biological mother a week before the trials.

Marijuana is legal for recreational use in more than a dozen US states, including Oregon, where the trials were held. It is legal for medicinal use in many more. But it is on the World Anti-Doping Agency’s list of prohibited substances. The drug is banned on race days, but not outside of competition.

“All natural and synthetic cannabinoids are prohibited,” the agency says, including “hashish, marijuana and cannabis products”. The United States Olympic and Paralympic Committee follows WADA’s rules.

Drugs are banned if they meet two of three criteria, WADA says: If they enhance performance, pose a health risk or violate “the spirit of sport”. The New York Times explains further:

There are not a large number of rigorous studies of marijuana as a performance enhancer, but there is evidence that it can help some athletes relax and focus. On the other hand, it can negatively affect hand-eye coordination, concentration and endurance.

As to risk, WADA said that athletes who smoke cannabis “potentially endanger themselves and others because of increased risk taking, slower reaction times and poor executive function or decision making”.

In terms of the “spirit of the sport” rule, WADA said that the “use of illicit drugs that are harmful to health and that may have performance-enhancing properties is not consistent with the athlete as a role model for young people around the world”.

The WADA rules apply across-the-board to Olympic sports, although critics have faulted that one-size-fits-all approach, according to The New York Times. The American track federation abides by the WADA drug rules because it is part of the Olympics.

Other major sports organisations that are not directly involved with the Games are free to modify their own antidrug rules, and many have reduced penalties or abandoned bans for marijuana entirely.

Asthma drug can boost sprint and strength performance in athletes

Appearance rather than sporting performance drives steroid use — NHS report

Alternative tobacco products ‘should be for smokers only’