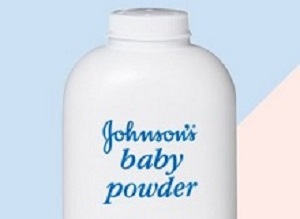 A New Jersey jury has cleared Johnson & Johnson (J&J) of liability in a case involving a woman who alleged that the company’s talc-based products, including its baby powder, contain asbestos and caused her cancer. Reuters Health reports that after less than a day of deliberations, the jury in New Brunswick, New Jersey rejected claims by Rosalind Henry and her husband, who had alleged that Henry’s mesothelioma, a cancer associated with asbestos exposure, was caused by the company’s talc products.

The report says J&J is facing some 10,600 liability lawsuits across the US over its talc products, most involving claims that they caused ovarian cancer, and that the company knew of and concealed risks associated with the products.

The company said it was pleased with the unanimous jury verdict. “We have deep sympathy for anyone diagnosed with any form of cancer and appreciate that people are looking for answers. However, Johnson’s baby powder is not the cause of this disease,” the company said. It said decades of scientific testing by academic institutions and regulators have shown its talc to be safe and free of asbestos.

The report says a lawyer for Henry did not immediately return a request for comment. During trial, Henry’s lawyers said J&J had known for decades about asbestos fibres in its talc, but hid the evidence from regulators and consumers.

J&J has been fighting talc cancer lawsuits for several years, but the litigation shifted in recent months to include allegations of asbestos contamination. The report says plaintiffs now claim asbestos fibres in the products are causing both ovarian cancer and mesothelioma.

In April, J&J lost the first trial over such allegations when a jury in New Jersey awarded $117m to a man suffering from mesothelioma and his wife. It lost another trial in May, when a California jury awarded $25.7m to a woman diagnosed with mesothelioma. Both decisions are under appeal.

Since then, the company has had four mistrials in similar cases because jurors could not reach a verdict or because the plaintiff died. In July, the report says a Missouri jury hit J&J with a massive $4.69bn verdict in the first trial alleging asbestos contamination has caused ovarian cancer in 22 women. That decision is also under appeal.