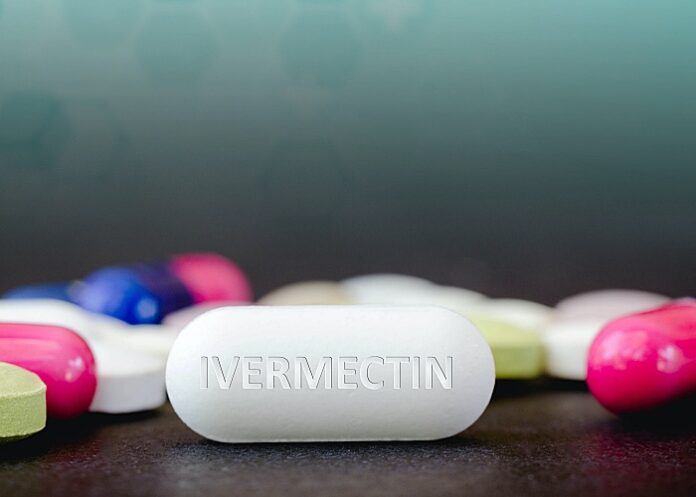 The overseers of the preprint server SocArXiv have withdrawn a paper claiming that treating COVID patients with Ivermectin dramatically reduces their odds of hospitalisation, calling the work “misleading”.

They said it was “part of an unethical programme by the government of Mexico City to dispense hundreds of thousands of doses of an inappropriate medication to people who were sick with COVID-19.”

“Ivermectin and the odds of hospitalisation due to COVID-19: evidence from a quasi-experimental analysis based on a public intervention in Mexico City,” has been a source of controversy for SocArXiv since it was accepted for the site in May 2021, reports Retraction Watch.

The paper was written by José Merino, head of the Digital Agency for Public Innovation (DAPI), along with co-authors DAPI, the Mexican Social Security Institute and the Mexico City Ministry of Health. They claimed that: “We found a significant reduction in hospitalisations among patients who received the Ivermectin-based medical kit; the range of the effect is 52%-76% depending on model specification.”

The controversial article, which has been downloaded more than 11,000 times, has been used to justify expenditures on Ivermectin by the Mexican government to the tune of “hundreds of thousands of dollars”, according to SocArXiv, which cites this article in Animal Politico.

Merino did not immediately respond to a request for comment from Retraction Watch, but it is understood he and his colleagues did not agree to the retraction. [See update at end of article.]

In December, the server published a blog post about the paper, explaining its handling of the manuscript and distancing itself from the research:

“Depending on which critique you prefer, the paper is either very poor quality or else deliberately false and misleading. PolitiFact debunked it here, partly based on this fact-check in Portuguese. We do not believe it provides reliable or useful information, and we are disappointed that it has been very popular (downloaded almost 10,000 times so far).

“This has prompted us to clarify that our moderation process does not involve peer review, or substantive evaluation, of the research papers that we host. …”

Earlier this month, Juan Pablo Pardo-Guerra, a sociologist at the University of California-San Diego, pleaded with the site to remove the article – and impose a “lifetime” ban on the authors – on the grounds that it was “deeply problematic and unethical”.

The appeal, in a widely shared Twitter thread, argued that the authors, through their agency dispensing the medication, unethically recruited experimental subjects, apparently without informed consent, and thus the study is an unethical study; they did not declare a conflict of interest, although they are employees of agencies that carried out the policy.

In a posted statement linked from the page where the article appeared, the SocArXiv Steering Committee said: ”This is the first time we have used our prerogative as service administrators to withdraw a paper from SocArXiv. Although we reject many papers, according to our moderation policy, we donʼt have a policy for unilaterally withdrawing papers after they have been posted. We donʼt want to make policy around a single case, but we do want to respond to this situation.

“We are withdrawing the paper, and replacing it with a ‘tombstone’ that includes the paperʼs metadata. We are doing this to prevent the paper from causing additional harm, and taking this incident as an impetus to develop a more comprehensive policy for future situations. The metadata will serve as a reference for people who follow citations to the paper to our site.

“Our grounds for this decision are several:
1. The paper is spreading misinformation, promoting an unproved medical treatment in the midst of a global pandemic.
2. The paper is part of, and justification for, a government programme that unethically dispenses (or did dispense) unproven medication apparently without proper consent or appropriate ethical protections, according to the standards of human subjects research.
3. The paper is medical research – purporting to study the effects of a medication on a disease outcome – and is not properly within the subject scope of SocArXiv.
4. The authors did not properly disclose their conflicts of interest.”

The committee acknowledged that other SocArXiv preprints may “have serious flaws as well” but said that “this particular bad paper appears to be more important, and therefore potentially more harmful, than other flawed work”. The withdrawal was, in part, “in response to a community groundswell beseeching us to act”, they wrote.

They added that posting a paper on SocArXiv “is not in itself an indication of good quality – but it is often a sign that researchers are acting in good faith and practicing open scholarship for the public good”.

The preprint server then deleted the PDF of the paper. The withdrawal is the 209th retraction of a COVID-19 paper, by Retraction Watchʼs count.

In an update, Merino and colleagues sent us a statement they submitted to the SocArXiv editors. They write that they are “deeply concerned by your decision to remove our work from your site”.

“We consider it an indulgence in political innuendo rather than an examination of statistical evidence, and the management of a scientific debate as a Twitter confrontation and not as a scholarly dialogue.

“Your decision to remove the paper is based on flawed arguments, a lack of understanding, and several false statements.”

The statement ends with: “You should be ashamed and present your resignation to your post at SOCARXIV. Your behaviour in this case has been both deeply unscientific and unethical, and contrary to the commitment for evidence building associated with your post.”

Of note, one of the statementʼs references about the alleged evidence supporting the use of Ivermectin in COVID-19 has been subjected to an expression of concern, with the authors saying they would retract the paper and publish a re-analysis. That re-analysis, which was posted on Research Square, concluded that “the significant effect of Ivermectin on survival was dependent on largely poor quality and potentially fraudulent studies”.

Another key pro-Ivermectin meta-analysis is retracted