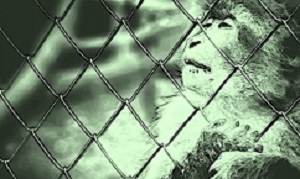 A major study has found that the exploitation of wildlife and destruction of habitat  have substantially increased the risk of transfer of dangerous viruses, including COVID-19, from animals to humans, writes MedicalBrief. Separately, a coalition of 200 wildlife organisations have called on the World Health Organisation and the Chinese government, to ban permanently all live wildlife markets and use of wildlife in traditional medicine, as well as a “highly precautionary” approach to wildlife trade.

The Guardian reports that the University of California paper, in Royal Society B, the biological sciences journal of the society, suggests the underlying cause of the present pandemic is likely to be increased human contact with wildlife, scientists from Australia and the US traced which animals were most likely to share pathogens with humans. Taking 142 viruses known to have been transmitted from animals to humans over many years, they matched them to the IUCN’s red list of threatened species.

Domesticated animals like cattle, sheep, dogs and goats shared the highest number of viruses with humans, with eight times more animal-borne viruses than wild mammal species. The report says wild animals that have adapted well to human-dominated environments also share more viruses with people. Rodents, bats and primates – which often live among people, and close to houses and farms – together were implicated as hosts for nearly 75% of all viruses. Bats alone have been linked to diseases like SARS, Nipah, Marburg and Ebola.

The report says the study found that the spill-over risk was highest from threatened and endangered wild animals whose populations had declined largely due to hunting, the wildlife trade and loss of habitat. “Spill-over of viruses from animals are a direct result of our actions involving wildlife and their habitat,” said lead author Christine Kreuder Johnson, director of the EpiCentre for Disease Dynamics at the One Health Institute, a programme of the UC Davis School of Veterinary Medicine. “The consequence is they’re sharing their viruses with us. These actions simultaneously threaten species survival and increase the risk of spill-over. In an unfortunate convergence of many factors, this brings about the kind of mess we’re in now,” she said.

“We need to be really attentive to how we interact with wildlife and the activities that bring humans and wildlife together. We obviously don’t want pandemics of this scale. We need to find ways to co-exist safely with wildlife, as they have no shortages of viruses to give us,” said Johnson.

The report says separately, more than 200 of the world’s wildlife groups have written to the World Health Organisation (WHO) calling on it to recommend to countries a highly precautionary approach to the multi-billion dollar wildlife trade, and a permanent ban on all live wildlife markets and the use of wildlife in traditional medicine. The COVID-19 pandemic, says the letter, is believed to have originated at wildlife markets in China, and to have been transmitted to humans as a result of the close proximity between wildlife and people. The groups, which include the International Fund for Animal Welfare, the Zoological Society of London and Peta, say a ban on wildlife markets globally will help prevent the spread of disease, and address “one of the major drivers of species extinction”.

The report says the letter follows acting UN biodiversity chief Elizabeth Maruma Mrema’s call for a global ban on wildlife markets. Unlike the conservation groups, Mrema, the acting executive secretary of the UN Convention on Biological Diversity, emphasised that millions of people, particularly in Africa, depend on wild animals for food and that alternatives to wet markets are needed.

In a growing sign that global organisations are embarrassed by the emergence of zoonotic diseases in traded animals, CITES, the body which regulates the international trade of animals, refused to be drawn into the growing debate about the origins of COVID-19. It said: “Matters regarding zoonotic diseases are outside of CITES’ mandate and the Secretariat does not have the competence to make comments on the recent news on the possible links between human consumption of wild animals and COVID-19.”

Abstract
Emerging infectious diseases in humans are frequently caused by pathogens originating from animal hosts, and zoonotic disease outbreaks present a major challenge to global health. To investigate drivers of virus spillover, we evaluated the number of viruses mammalian species have shared with humans. We discovered that the number of zoonotic viruses detected in mammalian species scales positively with global species abundance, suggesting that virus transmission risk has been highest from animal species that have increased in abundance and even expanded their range by adapting to human-dominated landscapes. Domesticated species, primates and bats were identified as having more zoonotic viruses than other species. Among threatened wildlife species, those with population reductions owing to exploitation and loss of habitat shared more viruses with humans. Exploitation of wildlife through hunting and trade facilitates close contact between wildlife and humans, and our findings provide further evidence that exploitation, as well as anthropogenic activities that have caused losses in wildlife habitat quality, have increased opportunities for animal–human interactions and facilitated zoonotic disease transmission. Our study provides new evidence for assessing spillover risk from mammalian species and highlights convergent processes whereby the causes of wildlife population declines have facilitated the transmission of animal viruses to humans.