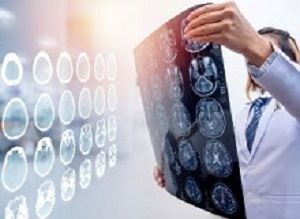 A low cost and widely available drug could reduce deaths in traumatic brain injury patients by as much as 20%, depending on the severity of injury, according to a large randomised trial. The researchers say that tranexamic acid (TXA), a drug that prevents bleeding into the brain by inhibiting blood clot breakdown, has the potential to save hundreds of thousands of lives.

Led by the London School of Hygiene & Tropical Medicine, the global randomised trial included more than 12,000 head injury patients who were given either intravenous tranexamic acid or a placebo. It found that administration of TXA within three hours of injury reduced the number of deaths. This effect was greatest in patients with mild and moderate traumatic brain injury (20% reduction in deaths), while no clear benefit was seen in the most severely injured patients. The trial found no evidence of adverse effects and there was no increase in disability in survivors when the drug was used.

Traumatic brain injury (TBI) is a leading cause of death and disability worldwide with an estimated 69m new cases each year. The CRASH-3 (Clinical Randomisation of an Antifbrinolytic in Significant Head Injury) trial is one of the largest clinical trials ever conducted into head injury. Patients were recruited from 175 hospitals across 29 countries.

Bleeding in or around the brain due to tearing of blood vessels is a common complication of TBI and can lead to brain compression and death. Although patients with very severe head injuries are unlikely to benefit from tranexamic acid treatment because they often have extensive brain bleeding prior to hospital admission and treatment, the study found a substantial benefit in patients with less severe injuries who comprise the majority (over 90%) of TBI cases.

Ian Roberts, professor of clinical trials at the London School of Hygiene & Tropical Medicine, who co-led the study, said: “We already know that rapid administration of tranexamic acid can save lives in patients with life threatening bleeding in the chest or abdomen such as we often see in victims of traffic crashes, shootings or stabbings. This hugely exciting new result shows that early treatment with TXA also cuts deaths from head injury. It’s an important breakthrough and the first neuroprotective drug for patients with head injury.

“Traumatic brain injury can happen to anyone at any time, whether it’s through an incident like a car crash or simply falling down the stairs. We believe that if our findings are widely implemented they will boost the chances of people surviving head injuries in both high income and low income countries around the world.”

Because TXA prevents bleeds from getting worse, but cannot undo damage already done, early treatment is critical. The trial data showed a 10% reduction in treatment effectiveness for every 20-minute delay, suggesting that patients should be treated with TXA as soon as possible after head injury.

Antoni Belli, neurosurgeon and professor of trauma neurosurgery at the University of Birmingham and co-investigator for trial, said: “This is a landmark study. After decades of research and many unsuccessful attempts, this is the first ever clinical trial to show that a drug can reduce mortality after traumatic brain injury. Not only do we think this could save hundreds of thousands of lives worldwide, but it will no doubt renew the enthusiasm for drug discovery research for this devastating condition.”

Dr Ben Bloom, consultant in emergency medicine at Barts Health NHS Trust, the UK’s largest recruiter into the trial with more than 500 patients enrolled, said: “Treating traumatic brain injury is extremely challenging with very few treatment options available for patients. Thanks to these latest results, which are applicable to patients with head injuries of any cause and of all demographics, clinicians now have a potentially powerful new treatment available to them.”

The most common causes of TBI worldwide are road traffic crashes (which predominantly affect young adults) or falls (which are a major problem in older adults), and the incidence is increasing. In both cases, patients can experience permanent disability or death. Representatives from the charity that supports roach crash victims in the UK, Roadpeace, were involved in the design of the trial.

Amy Aeron-Thomas, justice and advocacy manager from Roadpeace and co-author on the paper said: “It’s always better to prevent road crashes in the first place, but these results show that if a crash can’t be prevented, death can still be avoided. Given the time to treatment implications, it’s more important than ever that the post-crash response is as efficient as possible.”

CRASH-3 follows successful previous research involving 20,000 trauma patients, which showed that TXA reduced deaths due to bleeding outside of the skull by almost a third if given within three hours. Based on those trial results, tranexamic acid was included in guidelines for the pre-hospital care of trauma patients. However, patients with isolated traumatic brain injury were specifically excluded.

The authors noted some limitations of the trial, including wide confidence intervals despite the large trial size, and the fact that more patients with un-survivable head injuries were included in the trial than anticipated, which diluted the treatment effect.