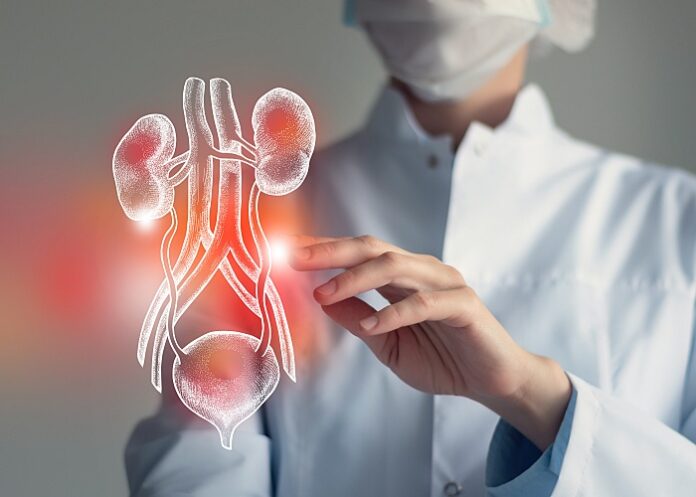 The results of the ALATAR randomised clinical trial in the UK suggest a non-antibiotic antiseptic treatment may be as good as antibiotics for preventing recurrent urinary tract infection (UTI), found a study in The BMJ.

The drug, methenamine hippurate, has previously been evaluated in systematic reviews for the prevention of recurrent UTI, which occurs in roughly one in four women who have a UTI episode, but the results of those reviews have been inconclusive. This is the largest randomised trial yet to assess its efficacy compared with antibiotics, the current standard treatment.

The results showed that while women who received prophylactic treatment with methenamine hippurate had a higher rate of UTI episodes than those treated with prophylactic antibiotics, the absolute difference has limited clinical significance.

The study authors say the findings could support a change in practice that might help patients with recurrent UTI avoid long-term antibiotic use and thus potentially help combat antibiotic resistance.

In the ALTAR trial (alternative to prophylactic antibiotics for the treatment of recurrent urinary tract infections in women), a team of investigators from the UK recruited adult women who had at least three UTI episodes in the previous 12 months from urology and urogynaecology centres.

Over a span of 12 months, participants were randomly assigned to receive either twice-daily oral doses of methenamine hippurate or daily doses of antibiotics (nitrofurantoin, trimethoprim, or cefalexin), with a 6-month follow-up period.

Participants, clinicians, and research staff were not masked in the trial, and participants were allowed to switch between treatment strategies, though the need to adhere to the allocated intervention was emphasised by investigators.

The primary clinical outcome was the incidence of self-reported symptomatic, antibiotic-treated UTIs over the 12-month treatment period. Secondary outcomes included incidence of UTIs during the 6-month follow-up period, total antibiotic use, and antibiotic-resistance profiles in Escherichia coli isolated from urine and perineal swabs. The non- inferiority margin was a difference of one UTI episode per year.

A total of 240 patients were recruited for the trial, and 205 were included in the modified intention-to-treat analysis—102 in the antibiotic arm and 103 in the methenamine hippurate arm.

“The observed numerical difference in clinically diagnosed UTI between the two trial arms, which favoured antibiotic prophylaxis, was small and did not exceed the predefined non-inferiority margin of one episode per person year,” the study authors wrote.

On average, treatment satisfaction was high in both groups, and adverse events were low and comparable; 24% were reported in the antibiotic arm and 28% in those who received methenamine hippurate.

“The information provided by this trial will allow clinicians and patients to undertake a shared decision-making process relating to UTI preventive treatments,” the authors wrote. “The study showed a small numerical difference in UTI incidence between the daily antibiotics and methenamine hippurate groups, but the potential trade-off includes the avoidance of antibiotic consumption, which is closely associated with antimicrobial resistance development.”

In a linked commentary that accompanies the study, researchers from the Institute for Evidence Based Healthcare at Australia’s Bond University said that, given the frustration voiced by women who experience recurrent UTI, and the concerns about frequent antibiotic use and its related consequences (namely antibiotic resistance and adverse events), identifying strategies to minimise antibiotic use is important for both individuals and the community.

They note that while the trial has limitations, including the lack of blinding and comparison with several antibiotics, they agree the findings could help inform conversations between clinicians and patients that take into account the benefits and harms of antibiotic use and each patient's values and preferences.

“Although the results need cautious interpretation, they align with others, and this new research increases the confidence with which methenamine hippurate can be offered as an option to women needing prophylaxis against recurrent urinary tract infection,” they wrote.

Interventions
Random assignment (1:1, using permuted blocks of variable length via a web based system) to receive antibiotic prophylaxis or methenamine hippurate for 12 months. Treatment allocation was not masked and crossover between arms was allowed.

Conclusion
Non-antibiotic prophylactic treatment with methenamine hippurate might be appropriate for women with a history of recurrent episodes of urinary tract infections, informed by patient preferences and antibiotic stewardship initiatives, given the demonstration of non-inferiority to daily antibiotic prophylaxis seen in this trial.