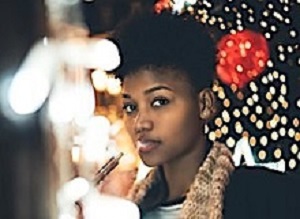 In a rare decision, the Journal of the American Heart Association announced the retraction of a widely publicised study claiming vaping increased the likelihood of heart attack.

The study by Dr Stanton Glantz, professor of medicine and director of the Centre for Tobacco Control Research and Education at University of California San Francisco (UCSF), and his associates, was published by JAHA in June last year. Following its publication, the study attracted criticism from some academics, scientists and public health experts.

Brad Rodu, professor of medicine at the University of Louisville, noted that many of the vapers Glantz and Bhatta analysed for the study were also current or former smokers. He argued that many of the myocardial infarctions (MI) or heart attacks used to calculate the association between e-cigarettes use and MI risk occurred before the subjects started using e-cigarettes, and that these cases should have been excluded from their calculations. It made little sense to claim that e-cigarettes caused heart attacks before respondents started using them.

In their retraction article, JAHA said that after they became aware that they study didn’t fully account for certain information, they reviewed the peer review process. They found that the important question of whether the MI occurred before or after starting to use e-cigarettes was identified by the reviewers and they asked the authors to use additional data to address this. The authors provided additional analysis however the reviewers did not confirm whether the authors had understood and complied with the request prior to publishing the study.

After the article was published, the editors asked the authors to conduct the analysis on when respondents starting using e-cigarettes. They authors did not meet the deadline to submit this additional analysis claiming that access to the dataset used for the research had been revoked. JAHA’s concluded the retraction article stating “Given these issues, the editors are concerned that the study conclusion is unreliable.”

Rodu says “the conclusion is not supported by the underlying data and, therefore, the published findings could mislead practitioners and policymakers.”