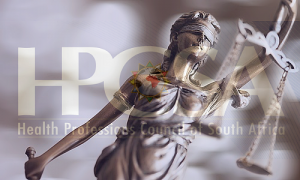 An urgent application by foreign-qualified doctors ordering the Health Professions Council of SA to allow them to sit their Board examinations, has been granted unopposed in the Pretoria High Court, writes MedicalBrief. An earlier court order to the same effect had been ignored by the HPCSA.

This is the most recent of a string of adverse and critical judgments against the HPCSA over its treatment of foreign-qualified medical practitioners seeking to obtain registration. In June, in setting aside the same regulations, a High Court judge as described the HPCSA’s conduct towards foreign-trained doctors as “despicable” and “nonchalant”, raising questions as to whether HPCSA was “fit for purpose”. The application was brought by a Russian-qualified dentist, Ksenia Kholina.

Despite the June ruling, which had also proceeded unopposed, the HPCSA was still not allowing foreign-qualified doctors to sit the requisite Board exams necessary to practise. The HPCSA regulations, titled Pathway for Registration of South African Citizens who hold Qualifications not Prescribed for Registration policy, required, among other things, that these doctors had to go through an additional year of clinical training, effective from June 2020.

Following this weeks order, in the Gauteng High Court (Pretoria), Advocate Rene Govender of the South African Internationally Trained Health Professionals Association, said they would prepare contempt applications if the HPCSA did not allow the doctors to sit for the exams on 9, 10 or 28 September. “It is about time that doctors are allowed to write the exams,” she told Rapport, adding that there is a “type of arrogance and contempt” towards doctors who qualified abroad.

The Pretoria News reports that this week’s ruling gives the group of 109 applicants the green light to either write the theoretical or do practical components of their board examinations. These doctors have been unable to work – some for years – because of red tape obstacles by the HPCSA, which barred them from practising in the country on the basis of certain policy guidelines.