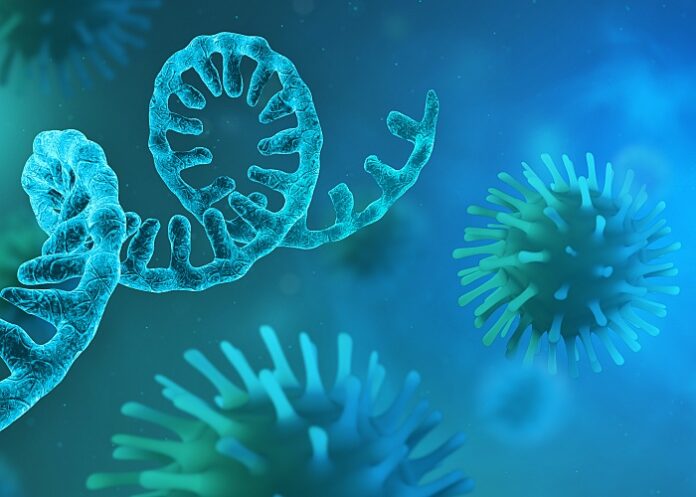 The controversial theory that COVID-19 accidentally leaked from a Chinese laboratory was given fresh momentum after scientists studying soil samples in Antarctica stumbled upon traces of the virus that may have been manipulated, according to a Hungarian study released this week.

Bioinformatics experts from the University of Veterinary Medicine and Lorand University in Budapest, Hungary, accidentally made the discovery while examining genetic data from soil samples collected from Antarctica in late 2018 and early 2019. The samples were sent to Sangon Biotech in Shanghai for sequencing in December 2019, where they became contaminated with a previously unknown variant of COVID-19.

Sangon Biotech is frequently used by Chinese scientists for sequencing, including the Wuhan Institute of Virology, which some experts think is the most likely location for a leak.

The variant has mutations that bridge the gap between bat coronavirus and the earliest Wuhan strain, so it may be an ancestral version of the virus, reports The Telegraph. The samples also contain DNA from hamsters and monkeys, suggesting that the early virus may have been grown in animal cell lines.

Viscount Ridley, author of Viral: The Search for the Origin of COVID-19, said: “The unique mutations hint at it being an ancestral variant. So if it were sequenced in say mid-December, before anybody had identified the virus in people and started trying to grow it in labs, then it points to secret samples in labs in 2019.”

On the animal DNA discovered, he said: “These are not from seals or penguins but from African green monkeys and Chinese hamsters. Both species are the source of commonly used laboratory cell lines.”

Some experts said the new mutations bridge the gap between the original bat coronavirus and the one that jumped to humans — the missing piece of the puzzle that has escaped scientists for the past two years.

But others believe the contamination came from samples of China's early COVID patients, who were announced in December 2019.

A third theory, reports the Daily Mail, is that the genetic material is from other animal-borne coronaviruses that were circulating at the time or being experimented on by the Chinese.

The exact date on which the DNA extraction took place is uncertain. However, researchers say if it took place in December 2019, the virus could be the ancestor of the original human Wuhan strain. If it were sequenced in early 2020, it may have been contaminated from experiments carried out by researchers trying to learn more about the emerging virus.

Dr Jesse Bloom, a virologist from the Fred Hutchinson Cancer Research Centre in Seattle, re-ran the data and confirmed that the Antarctic samples did contain COVID-19, which had three key mutations that brought bat coronaviruses closer to the first human Wuhan strain, Wuhan-Hu-1.

Currently, the closest natural relatives to COVID-19 have been found in bats. One such bat coronavirus, named RaTG13, was found in caves in Yunnan Province, south-western China, while several others, named Banal 20 to 52, were discovered in Laos, which shares a border with Yunnan.

Both areas were being studied by “virus hunters” with samples sent to researchers at the Wuhan Institute of Virology, reports The Telegraph.

Describing the significance of the discovery, Bloom said: “Those three mutations are intriguing because they are all ancestral mutations that move the sequence ‘closerʼ to the bat coronavirus relatives RaTG13 and Banal 20-52 relative to the first reported Wuhan-Hu-1 sequence from the Huanan Seafood Market.”

In May 2021, a team of US evolutionary biologists published research on what an ancestor to COVID-19 should look like, and came up with two options. One had the same three mutations found in the samples.

“A virus with those three mutations relative to Wuhan-Hu-1 is one of the two plausible progenitors for all currently known human SarsCov2s,” added Bloom. “The timeline matters a lot here. If they were sequenced in December 2019, then itʼs exceptionally important, because [China] holds SarsCov2s was not discovered until December 30 to 31.

“On the other hand, if sequenced in early 2020, then they could be contaminated with some early patient samples and still concord with the Chinese government timeline. Right now, it doesn’t seem there is enough info to narrow down the timeline to distinguish between these.

“All we can say is that these samples were contaminated at Sangon Biotech with some early SarsCov2 viruses, some of which appear to have been from lab-grown samples.”

Professor Lawrence Young, a virologist at Warwick University who is a supporter of the natural origin theory, told the Daily Mail the finding was “very, very intriguing and very, very suspicious”.

He said it was not definitive proof that COVID was engineered in a lab and released, but it signalled that coronaviruses were being studied in Chinese labs very early in the pandemic.

“The two things that really stand out for me are there are these three key mutations bringing the bat COVID closer to the first Wuhan strain. It is very very suspicious [and could be] a signature of the ancestral Sars-CoV-2.”

That the Antarctic samples also contain DNA from Chinese hamsters and green monkeys, added Young, suggested the early virus may have been grown in animal cells.

Professor Ian Jones, a virologist at Reading, said that while the study was not a “smoking gun” for the theory, it provided a “possible link that nudges the accidental escape story a bit closer”.

He said: “But it does not definitely identify these samples as the progenitor of SARS-2, the actual outbreak strain could have come from a wholly independent event. Nor does it show that this variant, which is still closer to the many SARS-like bat viruses known than it is to Wuhan-1, is capable of infecting people, that would have to be assumed to be the case.”

The Hungarian team said when they first pointed out the discrepancy in the sequencing data, the samples were immediately removed from the genetic database by the Chinese, although have since been restored.

Their findings have been published online but not yet formally reviewed by other scientists.

Published on ResearchSquare on 7 February 2022

Recently Csabai et al. have found a most likely contaminated metagenomic sample set from Antarctica that contained traces of unique SARS-CoV-2 variants. This is a short followup of that report where we attempt to find genetic footprint of the hosts. With reasonable confidence we could identify genetic material from mitochondria of Homo sapiens, green monkey and Chinese hamster. The latter two most probably originated from cell lines Vero E6 (or COS-7) and CHO respectively, which are frequent laboratory culture media for studying viruses including SARS-CoV-2 and its closest relatives.

Daily Mail article – The 'early Covid mutations' from a Chinese lab that are fuelling leak theory: How a 'barcode error' at Shanghai lab during tests on Antarctica soil accidentally exposed variant in monkey DNA from start of pandemic (Open access)