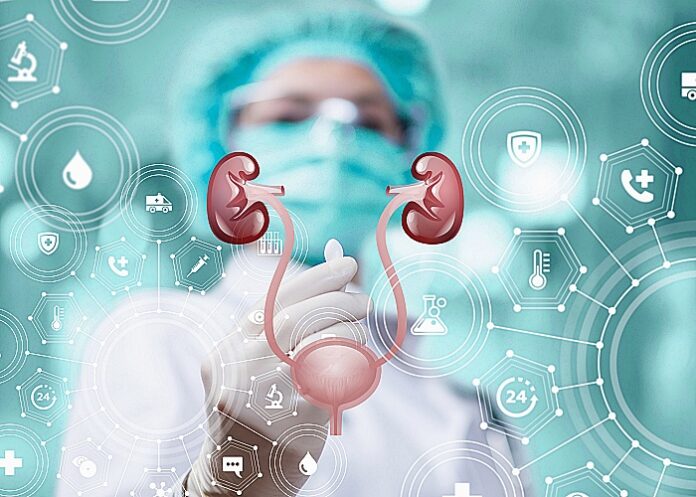 Women who get recurrent urinary tract infections (UTIs) may be caught in a vicious cycle in which antibiotics given to eradicate one infection predispose them to develop another, found a Harvard/MIT/Washington study, published in Nature Microbiology.

A round of antibiotics usually clears up the symptoms UTIs, but the relief is often temporary. A quarter of women go on to develop a second UTI within six months. Some unfortunate individuals get UTIs over and over, and require antibiotics every few months.

The study, by researchers at Washington University School of Medicine in St. Louis and the Broad Institute of MIT and Harvard, showed that a round of antibiotics eliminates disease-causing bacteria from the bladder but not from the intestines. Surviving bacteria in the gut can multiply and spread to the bladder again, causing another UTI.

At the same time, repeated cycles of antibiotics wreak havoc on the community of helpful bacteria that normally live in the intestines, the so-called gut microbiome.

Similar to other disorders in which gut microbes and the immune system are linked, women with recurrent UTIs in the study had less diverse microbiomes that were deficient in an important group of bacteria that helps regulate inflammation, and a distinct immunological signature in their blood indicative of inflammation.

“That’s not necessarily what the problem is. It’s not necessarily poor hygiene that’s causing this. The problem lies in the disease itself, in this connection between the gut and the bladder and levels of inflammation. Basically, physicians don’t know what to do with recurrent UTI. All they have is antibiotics, so they throw more antibiotics at the problem, which probably just makes things worse.”

Most UTIs are caused by Escherichia coli (E. coli) bacteria from the intestines that get into the urinary tract. To understand why some women get repeated infections and others get one or none, Hultgren teamed up with Broad Institute scientists Ashlee Earl, PhD, the senior group leader for the Bacterial Genomics Group at Broad, and the paper’s co-senior author, and Colin Worby, PhD, a computational biologist and the lead author.

The researchers studied 15 women with histories of recurrent UTIs and 16 women without. All provided urine and blood samples at the start of the study and monthly stool samples. The team analysed the bacterial composition in the stool samples, tested the urine for the presence of bacteria, and measured gene expression in blood samples.

Over a year, 24 UTIs occurred, all in participants with histories of repeated UTIs. When participants were diagnosed with a UTI, the team took additional urine, blood and stool samples.

The real difference was in the makeup of their gut microbiomes. Patients with repeat infections showed decreased diversity of healthy gut microbial species, which could provide more opportunities for disease-causing species to gain a foothold and multiply. Notably, the microbiomes of women with recurrent UTIs were particularly scarce in bacteria that produce butyrate, a short-chain fatty acid with anti-inflammatory effects.

“We think that women in the control group were able to clear the bacteria from their bladders before they caused disease, and women with recurrent UTI were not, because of a distinct immune response to bacterial invasion of the bladder potentially mediated by the gut microbiome,” Worby said.

The findings highlight the importance of finding alternatives to antibiotics for treating UTIs.

“Our study clearly demonstrates that antibiotics do not prevent future infections or clear UTI-causing strains from the gut, and they may even make recurrence more likely by keeping the microbiome in a disrupted state,” Worby said

Hultgren has long worked on finding innovative therapies to eradicate disease-causing strains of E. coli from the body while sparing the rest of the bacterial community. His research forms the basis of an experimental drug based on the sugar mannoside, and an investigational vaccine, both of which are being tested in people. Another strategy would be to rebalance the microbiome through faecal transplants, probiotic foods or other means.

“This is one of the most common infections in the United States, if not the world,” Hultgren said. “A good percentage of these UTI patients go on to get these chronic recurrences, and it results in decreased quality of life. There is a real need to develop better therapeutics that break this vicious cycle.”

Published in Nature Microbiology on 2 May 2022.

Abstract
Recurrent urinary tract infections (rUTIs) are a major health burden worldwide, with history of infection being a significant risk factor. While the gut is a known reservoir for uropathogenic bacteria, the role of the microbiota in rUTI remains unclear. We conducted a year-long study of women with (n = 15) and without (n = 16) history of rUTI, from whom we collected urine, blood and monthly faecal samples for metagenomic and transcriptomic interrogation. During the study 24 UTIs were reported, with additional samples collected during and after infection. The gut microbiome of individuals with a history of rUTI was significantly depleted in microbial richness and butyrate-producing bacteria compared with controls, reminiscent of other inflammatory conditions.

However, Escherichia coli gut and bladder populations were comparable between cohorts in both relative abundance and phylogroup. Transcriptional analysis of peripheral blood mononuclear cells revealed expression profiles indicative of differential systemic immunity between cohorts. Altogether, these results suggest that rUTI susceptibility is in part mediated through the gut–bladder axis, comprising gut dysbiosis and differential immune response to bacterial bladder colonisation, manifesting in symptoms.