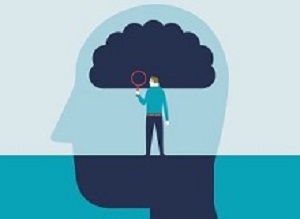 It happens unexpectedly: a person long thought lost to the ravages of dementia, unable to recall the events of their lives or even recognise those closest to them, will suddenly wake up and exhibit surprisingly normal behaviour, only to pass away shortly thereafter. This phenomenon, which experts refer to as terminal or paradoxical lucidity, has been reported since antiquity, yet there have been very few scientific studies of it. That may be about to change.

In an article, an interdisciplinary workgroup convened by the National Institutes of Health's (NIH) National Institute on Ageing and led by Michigan Medicine's Dr George A Mashour, outlines what is known and unknown about paradoxical lucidity, considers its potential mechanisms, and details how a thorough scientific analysis could help shed light on the patho-physiology of dementia.

"We've assumed that advanced dementia is an irreversible neuro-degenerative process with irreversible functional limitations," says Mashour, professor in the department of anaesthesiology, faculty in the neuroscience graduate programme, and director of the Centre for Consciousness Science. "But if the brain is able to access some sort of functional network configuration during paradoxical lucidity, even in severe dementia, this suggests a reversible component of the disease."

The paper describes earlier work documenting case studies of individuals with advanced dementia, including Alzheimer's disease, appearing to be able to communicate and recall in a seemingly normal fashion at the end of life, to the astonishment of their caregivers.

"The accumulation of anecdotal reports about paradoxical lucidity in the scientific literature prompts several important research questions," says NIA medical officer Dr Basil Eldadah. "We look forward to additional research in this area, such as better characterisation of lucidity in its varying presentations, new instruments or methods to assess episodes of lucidity retrospectively or in real-time, tools to analyse speech patterns or other behavioural manifestations of lucidity, and evidence to inform decision-making challenges and opportunities prompted by unexpected lucidity."

One precedent for investigating such events exists in the study of so-called near-death experiences. In 2013, Mashour and his collaborators at Michigan Medicine published a basic science study showing evidence of electrical brain features indicative of a conscious state following cardiac arrest. "We don't know that the same thing is occurring with paradoxical lucidity, but the fact that this is usually happening around the time of death suggests there could be some common neural network mechanism," he says.

Mashour admits that studying paradoxical lucidity will be a challenge, given the fleeting nature of the event. Case studies report episodes lasting from mere seconds to at most several days for a small minority of cases. The workgroup also outlines important ethical implications of this work, including the ability of vulnerable patients to participate in research and how the observation of paradoxical lucidity might change the way caregivers interact with people with dementia.

"Would research that might identify a systematically observable paradoxical lucidity provide comfort, for example, by offering loved ones a potential channel for closure, or might it induce worry if loved ones are left to wonder if a reversible cause of the dementia could have been found? We do not know the answers but these could be important research questions in their own right," says co-first author Dr Lori Frank, of the RAND Corporation and former health and ageing Congressional fellow with the National Institute on Ageing.

The workgroup hopes their paper will help raise awareness within the scientific community to advance paradoxical lucidity research, and help validate the experiences of a multitude of caregivers. Says Mashour, "Science is now trying to be thoughtful and attentive to something that has long been reported."

Abstract
Unexpected cognitive lucidity and communication in patients with severe dementias, especially around the time of death, have been observed and reported anecdotally. Here, we review what is known about this phenomenon, related phenomena that provide insight into potential mechanisms, ethical implications, and methodologic considerations for systematic investigation. We conclude that paradoxical lucidity, if systematically confirmed, challenges current assumptions and highlights the possibility of network-level return of cognitive function in cases of severe dementias, which can provide insight into both underlying neurobiology and future therapeutic possibilities.