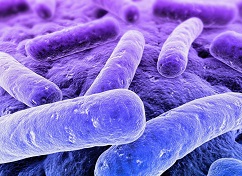 In the past month‚ another 167 people have contracted deadly listeriosis‚ bringing the total number of confirmed cases in South Africa to 717. And, reports The Times, food scientists are now calling it the worst documented listeriosis outbreak in global history.

In its latest listeriosis update‚ dated 3 January‚ the National Institute for Communicable Diseases (NICD) – which has been tracking the listeriosis outbreak for an entire year – said 61 deaths had been reported.

Listeriosis has a relatively high mortality rate – 20-25% compared to illnesses caused by most other food-borne pathogens. Less than 1% of people who get Salmonella or E. coli O157 die as a result.

The report says neonates – babies less than 28 days old – remain the most affected by listeriosis. Also at great risk of contracting it are pregnant women – 20-times more at risk than other healthy adults – along with those over 65 and people who have weakened immune systems‚ due to HIV/Aids‚ diabetes‚ cancer or organ transplants.

The outbreak is across all nine provinces and clinical tests have revealed that the listeria originates from a single source – “most likely a food product on the market or a series of food products produced in the same manufacturing environment‚” says Dr Lucia Anelich‚ a prominent South African food microbiologist and food safety expert. “I concur with my colleagues from business‚ academia and governments‚ in Europe‚ Australia‚ Canada and the US‚ that this is the worst documented listeriosis outbreak in global history‚” she said.

The report says the City of Tshwane’s environmental health practitioners recently traced the source of a hospitalised Tshwane man’s listeriosis to chicken supplied to a store by a certain abattoir. Samples they took from the abattoir tested positive for Listeria monocytogenes and the abattoir was closed pending further investigations. “Although Listeria monocytogenes has been found in a specific abattoir‚ precise confirmation of the strain is still required‚” Anelich says.

“Much work needs to be done to match the outbreak strain with food products originating from the same manufacturing environment‚ including clear evidence that the apparently contaminated food was ingested by the majority of people across nine provinces. As things stand‚ the source of this outbreak is still not known.”

The significance of isolating L. monocytogenes from raw poultry‚ which is cooked before consumption‚ thus killing the bacterium‚ is questionable‚ Anelich says in the report. “Avoiding cross contamination from raw to cooked foods is of immense value in preventing food-borne disease in general in the home‚ in restaurant environments and in the manufacturing sector and is thus‚ just as applicable to listeriosis.”

The Gauteng government officials said that investigators were led to the abattoir after a food sample linked to a patient who had contracted listeriosis tested positive for the pathogen, reports The Times. Gauteng Health MEC Gwen Ramokgopa said the sample was first traced to the Pretoria area. “Further investigations led our investigators to the abattoir that supplied this particular shop with meat.”

The National Health Laboratory Service tested samples from the abattoir and found the listeria pathogen. A prohibition notice was then issued to the abattoir in terms of regulations governing general hygiene for food premises and the transport of food‚ Ramokgopa said. The report says the abattoir now has to identify the source of contamination‚ disinfect its premises‚ and take surface swabs and water samples before and after disinfection.

Gauteng is the province most affected by listeriosis‚ with more than 360 cases and 28 related deaths in the past year.

Gauteng Health called on people to practise basic hygiene – for example‚ by washing their hands after they visited a rest room. “We also encourage them wash their vegetables and fruits before consuming them; boiling water prior to use if they are not sure of its origin; avoiding drinking unpasteurised milk; and cooking food at a high temperature‚” the department is quoted in the report as saying.

The origin of the outbreak remains a mystery, though researchers have confirmed it probably has a single source.

National Health Minister Dr Aaron Motsoaledi said in a Business Day report that even though more cases were confirmed in laboratories, the department was still a long way from tracing all patients as well as the source of the outbreak. “Now out of the total of 727 laboratory confirmed cases which we know about, we are only able to trace 134 actual patients, which is only 18%. This means that we still have a long way to go in searching. Out of the 134 traced patients, 61 had passed on,” said Motsoaledi.

He said the department had taken a number of measures to fight the outbreak, including declaring listeriosis a notifiable condition for the first time in history; conducting genome sequencing analysis on samples; and checking with potential source areas that hygiene guidelines were being followed.

The minister said 91% of the isolates were ST6 type isolates, a finding that supported the hypothesis that a single source of food contamination may have caused the outbreak from one or more food products at a single facility. However, he said such a food product or facility had not yet been found definitively.

Rufaro Chatora, country representative of the World Health Organisation, said South Africa had done well to declare the listeriosis as a notifiable condition. He said while the condition had been found in France, the US and Denmark, South Africa’s latest outbreak was one of the longest.

Acting director-general of the Department of Agriculture, Forestry and Fisheries Mooketsa Ramasodi said the department was compiling a list of countries, including Brazil, where it was considering a precautionary and temporary ban on the import of foods that could have been contaminated through unhygienic practices. He said the department was not aware of any country which intended to ban South African goods as a result of the latest outbreak.

The government has announced a range of interventions in the health sector in a bid to protect the population, particularly new-born babies, from the epidemic. “When we view statistics of affected people, we note that of all the vulnerable groups, neonates (new-born babies within first 28 days of life) are the worst affected if we analyse it by age group from birth to 93 years. In this case, neonates alone account for close to 40 percent of the cases,” Motsoaledi is quoted in an IoL report as saying.

“Of note is that of all the neonates that get affected, 96% had early onset disease, that is, from birth to six days after birth. It is clear that these neonates are simply vulnerable due to their pregnant mothers. They are infected by their mothers at birth.”

“Be alert all the time, be it at antenatal clinic, labour ward, and neonatal units,” he said.
There are 1. 2m pregnant women in South Africa annually. In 2014, the Health Department launched the MomConnect programme where every pregnant woman is registered through their mobile phone to receive regular updates before and after giving birth.
“I have now given instruction that all of them (pregnant women) be sent instruction about Listeria. We are calling on more pregnant women to register on MomConnect, be they in private or public (health facilities) because during times like this we are able to reach them quicker through messages,” he said.

Apart from the neonates, other vulnerable groups include pregnant women, the elderly, and people with compromised immune systems – particularly people living with HIV and Aids, diabetes, and other chronic diseases like cancer, kidney and liver diseases.

The Health Department has amended the list of notifiable diseases to now include listeriosis, reports News24. Prior to this outbreak, it was not on the list. Motsoaledi has urged anyone who experiences symptoms of listeriosis to seek medical attention immediately.

“If you encounter the symptoms I’ve mentioned please rush to look for medical help. In other words, don’t just assume and sit at home, especially if you get flu-like symptoms now in summer.”