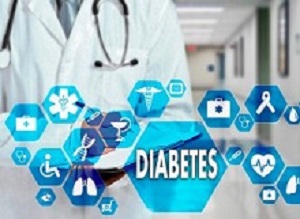 A study of thousands of patients’ health records found that those who were prescribed cholesterol-lowering statins had at least double the risk of developing type 2 diabetes. The detailed analysis of health records and other data from patients in a private insurance plan in the Midwest provides a real-world picture of how efforts to reduce heart disease may be contributing to another major medical concern, said Victoria Zigmont, who led the study as a graduate student in public health at The Ohio State University.

Statins are a class of drugs that can lower cholesterol and blood pressure, reducing the risk of heart attack and stroke. More than a quarter of middle-aged adults use a cholesterol-lowering drug, according to recent federal estimates.

Researchers found that statin users had more than double the risk of a diabetes diagnosis compared to those who didn’t take the drugs. Those who took the cholesterol-lowering drugs for more than two years had more than three times the risk of diabetes.
“The fact that increased duration of statin use was associated with an increased risk of diabetes – something we call a dose-dependent relationship – makes us think that this is likely a causal relationship,” Zigmont said.

“That said, statins are very effective in preventing heart attacks and strokes. I would never recommend that people stop taking the statin they’ve been prescribed based on this study, but it should open up further discussions about diabetes prevention and patient and provider awareness of the issue.”

Researchers also found that statin users were 6.5% more likely to have a troublingly high HbA1c value – a routine blood test for diabetes that estimates average blood sugar over several months.

The study included 4,683 men and women who did not have diabetes, were candidates for statins based on heart disease risk and had not yet taken the drugs at the start of the study. About 16% of the group – 755 patients – were eventually prescribed statins during the study period, which ran from 2011 until 2014. Participants’ average age was 46.

Randall Harris, a study co-author and professor of medicine and public health at Ohio State, said that the results suggest that individuals taking statins should be followed closely to detect changes in glucose metabolism and should receive special guidance on diet and exercise for prevention.

Although statins have clear benefits in appropriate patients, scientists and clinicians should further explore the impact of statins on human metabolism, in particular the interaction between lipid and carbohydrate metabolism, said co-author Steven Clinton, a professor of medicine and member of Ohio State’s Comprehensive Cancer Centre.

“In addition, researchers conducting large prospective cohort studies should be considering how statins impact human health overall. They should consider both risks and benefits, not just the disease that is being treated by the specific drug,” Clinton said.

The study was done retrospectively, meaning that the researchers looked back at existing records from a group of patients to determine if there were any possible connections between statin prescriptions and diabetes. Previous research has suggested a connection, but this study design allowed for a glimpse at what is happening naturally in the clinical setting, rather than what happens in a prospective trial that randomly assigns some people to statins and some people to placebo, said Zigmont, who is now an assistant professor at Southern Connecticut State University.

The study was enriched by the availability of a variety of details on the study population, including data from biometric screenings and a health survey that asked about education, health behaviours and ethnicity, Zigmont said. She also had access to medical claims data and pharmacy claims data.

Zigmont was careful to take a wide variety of confounding factors into account in an effort to better determine if the statins were likely to have caused the diabetes, she said. Those included gender, age, ethnicity, education level, cholesterol and triglyceride readings, body mass index, waist circumference and the number of visits to the doctor.
Programmes that help patients improve their fitness and diets could be considered and discussed when doctors are prescribing statins, so that patients can be proactive about diabetes prevention, she said.

It would also be helpful for future research to better determine which statins and which doses might lead to the greatest risk, Zigmont said. Her study didn’t allow for an analysis based on different types of statins.

Limitations of the research include the fact that the majority of statin users were white, and that the research team had no way of knowing how closely patients adhered to their doctors’ prescriptions. There also was no way of determining who was at elevated risk of diabetes at the study’s onset, Zigmont says.

Abstract
Objective: Statins are one of the most widely prescribed medications in the United States, however there is concern they are associated with new‐onset‐diabetes (NOD) development. We sought to understand the risk of dysglycemia and NOD for a cohort of individuals that reflect real‐world physician prescribing patterns.
Methods: A retrospective cohort study was conducted among individuals with indications for statin use (n=7,064). To examine elevated glycosylated hemoglobin (>6.0%), logistic regression with inverse probability weighting was used to create balance between incident statin users and nonusers. To evaluate the risk of NOD development, Cox PH models with time varying statin use compared NOD diagnoses among statin users and nonusers.
Results: A higher prevalence of elevated HbA1c (PD=0.065; 95% CI: 0.002, 0.129, p=0.045) occurred among nondiabetic incident users of statins. Additionally, statin users had a higher risk of developing NOD (AHR=2.20; 95% CI: 1.35, 3.58, p=0.002). Those taking statins for 2 years or longer (AHR=3.33; 95% CI: 1.84, 6.01, p<0.001) were at the greatest risk of developing NOD; no differences were observed by statin class or intensity of dose.
Conclusion: As lifestyle programs like the Diabetes Prevention Program are promoted in primary care settings, we hope physicians will integrate and insurers support healthy lifestyle strategies as part of the optimal management of individuals at risk for both NOD and cardiovascular disease. The relationships between statin use and glycemic control should be evaluated in large cohort studies, medical record databases, and mechanistic investigations to inform clinical judgment and treatment.