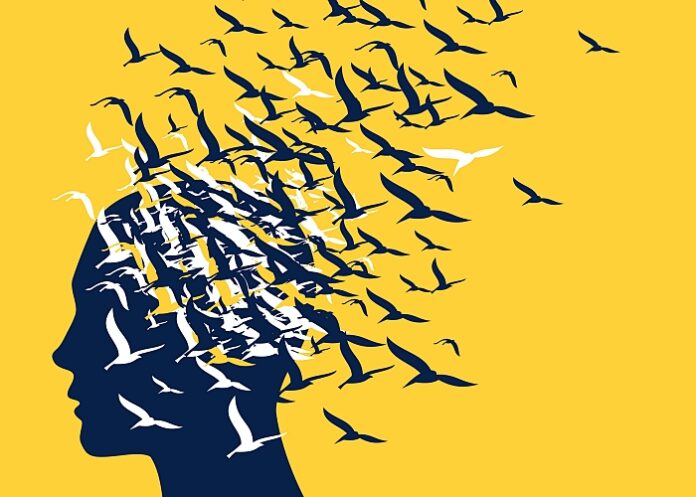 Daily aspirin failed to turn up a significant impact on dementia and cognitive function in an analysis of the ASCEND trial, but the analysis was unable to rule out a modest effect, according to findings presented at the American Heart Association’s virtual conference from 13-15 November.

In 2019, MedicalBrief reported that European guidelines on the prevention of CVD did not recommend aspirin for individuals free from CVD due to the increased risk of major bleeding. This advice was subsequently supported by results in moderate risk patients (ARRIVE), diabetic patients (ASCEND), and in people over 70 (ASPREE) which demonstrated that modest reductions in CVD risk were outweighed by the increased bleeding hazard.

In the latest study, it was found that among the some 15,000 diabetes patients in ASCEND, dementia was no less common for those randomised to aspirin or placebo, whether defined narrowly (3.3% vs 3.7%, respectively) or broadly to also include cognitive impairment, delirium or confusion, use of dementia medications, and referral to a memory clinic or geriatric psychiatry (7.1% vs 7.8%).

Cognitive scores were nearly identical between the two arms, Jane Armitage, MBBS, of the University of Oxford, reported at the AHA meeting. Still, the trial suggested little chance of cognitive harm from aspirin, but a plausible benefit in the 15-18% range, she said.

A 15% reduction in risk would be clinically relevant, noted AHA press conference moderator Dr Christie Ballantyne of Baylor College of Medicine in Houston.

“Trials with larger numbers of incident dementia cases are needed to assess whether such benefits actually exist,” Armitage concluded, although predicting that such trials would need to be roughly twice as large as ASCEND.

ASCEND was “really consistent” with the ASPREE trial’s finding that daily use of aspirin in healthy adults over the age of 70 did not reduce dementia, mild cognitive impairment, or cognitive decline, noted Dr Erin Michos, of the Johns Hopkins School of Medicine and School of Public Health in Baltimore, who served as study discussant at the AHA press conference.

Main trial results from ASCEND had shown a reduction in major cardiovascular events with aspirin use, but an increase in major bleeding, such that there was no group for whom the benefits would clearly outweigh the risks, Armitage said when presenting those findings in 2018.

Looking at the dementia findings in context, Michos suggested that the best strategy might be to prevent cardiovascular events that have been tied to dementia through blood pressure and lipid control, cessation of smoking, and lifestyle measures.

“Those might be more effective ways to prevent atherosclerotic cardiovascular disease and subsequently prevent dementia,” she said.

She cautioned, though, that US Preventive Services Task Force draft recommendations against primary prevention aspirin use for older adults do not apply to those with established cardiovascular disease or prior events. American College of Cardiology/AHA guidelines also suggest only selective primary prevention use.

ASCEND included 15,480 patients in the UK who were 40 or older and had any type of diabetes but no prior cardiovascular disease. They were randomised to 100mg aspirin daily or placebo, and in a separate portion of the trial to either omega-3 fatty acids or placebo. Patients were followed for a mean 7.4 years on study drug and 1.8 years afterward through electronic medical records and hospital admissions.

Analyses were restricted to the 15,427 participants without any indication
of dementia at baseline. Cognitive function testing done via telephone or online was available for 9,015 participants.

Background
Aspirin is widely used in atherosclerotic cardiovascular disease prevention but is also associated with increased risk of serious bleeding. The net effect of aspirin on dementia and cognitive impairment is uncertain. The aim of this study is to assess the effect of low dose aspirin on the risk of dementia and cognitive impairment in a pre-specified secondary analysis, with longer follow-up, of a randomised comparison in the ASCEND trial.

Methods
The study included 15,427 people in the United Kingdom with diabetes and no history of cardiovascular disease or recorded dementia randomised in the ASCEND trial between June 2005 and July 2011. Assignment to aspirin 100mg daily or matching placebo was for a mean of 7.4 years. The main pre-specified comparison by randomised treatment in this cognitive study was a 'broad dementia outcome' of dementia, cognitive impairment or confusion, ascertained through participant, carer or general practitioner report or hospital admission diagnosis, by 31 March 2019 (~2 years beyond the scheduled treatment period).

Results
During a mean follow-up of 7.4 years within the scheduled treatment period and 1.7 years afterwards, the broad dementia outcome occurred in 1146 participants. The broad dementia outcome occurred in a similar percentage of participants in the aspirin group and placebo group: 548 participants (7.1%) vs. 598 (7.8%), rate ratio 0.91 (95% confidence interval, 0.81-1.02). Thus, the confidence interval excluded proportional hazards of greater than 2% and proportional benefits of greater than 19%.

Conclusions
Aspirin use was not associated with risk of the broad dementia outcome and the results excluded proportional benefits of 19% or more. Trials or meta-analyses with larger total numbers of incident dementia cases are needed to assess whether any modest proportional 10-15% benefits of 5-7 years of aspirin use on dementia exist, which might translate into greater benefits of longer term use.