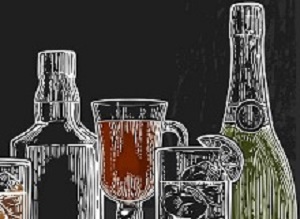 Research at La Trobe University has revealed that 30% of Australians recently reduced the quantity of their alcohol consumption and a further 29% reduced the frequency of their drinking, while 6% kicked the habit for good.

Published in Alcohol and Alcoholism, the study found young adults aged between 24 and 29 were generational leaders in reducing alcohol intake, citing lifestyle reasons such as work, education and family as their main influencers for change.

According to a La Trobe University release, reported in Science Daily, researchers analysed 12 years of data from the National Drug Strategy Household Survey, which included almost 120,000 participants. The data was collected in four stages, looking at the drinking habits of Australians in the previous 12 months.

"The research shows all age groups and sexes in Australia are reducing or quitting drinking, even older, more established drinkers," Dr Pennay said.

"Most surprisingly, we found that intoxication is not as acceptable as it once was, with more than a third of 14 to 30-year-olds who had quit drinking doing so because they dislike the impact alcohol has on their social experiences.

"They believe in moderation, they are concerned about violence and they want to avoid drunkenness or genuinely dislike how getting drunk makes them feel."

"For example, health-related messages appear particularly salient for older populations, while a focus on the pleasures of moderation, avoiding violence and ways to enjoy leisure time without intoxication seem to resonate more with younger groups," Dr Pennay said.

"More and more Australians are choosing to have a healthy relationship with alcohol.

"It is important now, more than ever, that we use this research to maintain and sustain this movement."

Data are from five waves of the National Drug Strategy Household Survey (N = 119,397). Logistic regression models with interaction terms were used to identify a shift in sex or age over time in predicting reduction or cessation of drinking and to predict motivations for reducing or ceasing drinking by sex and age.

Reports of recently reducing the quantity or frequency of drinking increased from 2001 to 2007 and remained stable between 2007 and 2013. There was a steady increase in the number of Australians reporting recently ceasing drinking from 2001 to 2013, with a significant effect for age (younger groups more likely than older groups to cease drinking in the past two waves). Reasons for reducing or ceasing drinking varied by age, with older people more likely to report health reasons and younger people more likely to report lifestyle reasons or enjoyment.

Increases over time in reports of reduction or cessation of drinking due to health, lifestyle, social and enjoyment reasons suggest that the social position of alcohol in Australia may be shifting, particularly among young people.

[link url="https://academic.oup.com/alcalc/advance-article-abstract/doi/10.1093/alcalc/agy072/5139682?redirectedFrom=fulltext"]Patterns in Reduction or Cessation of Drinking in Australia (2001–2013) and Motivation for Change[/link]