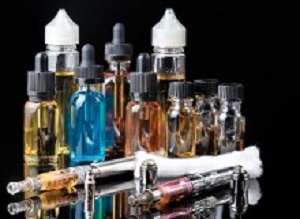 In a major blow to the vaping industry, the American Medical Association has called for a ban on e-cigarettes and vaping products that the US Food and Drug Administration doesn’t deem tobacco cessation devices, writes Allison Kurtie, assistant professor of psychiatry at the University of Vermont, in The Conversation.

Although e-cigarettes in the US are not regulated or approved by the FDA as smoking cessation devices, they may have helped thousands to quit cigarettes.

I also wonder to what degree fear and hysteria, rather than evidence, might be informing this crucial public health topic. Smoking is the nation’s number one cause of preventable death, claiming close to half a million lives a year.

As of 20 November, 42 people have died and more than 2,000 have been sickened from vaping-related illnesses. The New York Times reported last month on the youngest person to die from vaping, a 17-year old boy from the Bronx.

If your reaction to this story is to call for comprehensive vaping bans, you are not alone. The outbreak of vaping-related pulmonary illnesses has generated substantial news coverage, with stories of vaping-related deaths emerging frequently, and likely contributing to several states implementing vaping bans.

Reporting and public discourse often leave important data out of conversations, however.

For example a National Academies of Sciences’ report, published in January 2018, reviewed all of the evidence to date on e-cigarettes, and found that, except for nicotine, toxicant exposure from e-cigarettes is lower than from combustible cigarettes.

Although “less harmful” does not mean “harmless,” harm minimisation is likely the most productive approach for persistent smokers. That is, although nicotine itself poses risks to some vulnerable groups, there is little evidence that nicotine alone causes cardiovascular disease, cancer and pulmonary diseases when decoupled from smoke.

The National Academies’ conclusion about e-cigarettes being less harmful than cigarettes presumes that vaping products are being used as intended. This is not always the case. In fact, recent findings indicate that most lung injury cases have involved vaping THC products, and/or products obtained from informal and poorly regulated markets, with as few as 10% of cases involving nicotine alone.

Although some evidence suggests that laws legalising medical and recreational cannabis are associated with youth THC vaping, the potential relationship between vaping injuries and marijuana legalisation is sparsely acknowledged.

An issue unique to the US?

Reports on vaping also tend to leave out that vaping illnesses are a uniquely American problem. In the UK, where e-cigarettes are regulated as cessation devices, comparable lung illnesses are not occurring. In fact, clinical trials conducted outside the US have found e-cigarettes to be as effective, or more effective than, nicotine replacement therapy at promoting cessation.

In the US, where e-cigarettes are regulated as tobacco products rather than cessation devices, comparable trials are lacking.

However, recent findings from one nationally representative survey indicated that smokers who used e-cigarettes daily were significantly more likely to stop smoking for at least two years compared to non-e-cigarette users – 11% versus 6%.

These results were consistent with another national study of about 5,000 adults. In that study, 337 (6.90%) quit smoking cigarettes and 778 (16.69%) substantially reduced their smoking rate, with about 14% of quitters and 15% of reducers reporting e-cigarette use.

One caveat is that officials and scholars cannot determine whether using e-cigarettes specifically facilitated quitting smoking, as some may have quit over time anyway even without e-cigarettes.

One significant risk of vaping alarmism is undermining the gains the nation has made in reducing cigarette smoking, including youth smoking. National data among middle and high school students show that cigarette smoking has continued to decline even as vaping explodes.

Some studies have suggested that e-cigarettes serve as a gateway to cigarettes for some teens. However, the most recent study of the gateway question found that among 12,000 US youth, those who vaped were more likely to try cigarettes, but not more likely to become regular smokers.

In simpler terms, the relationship between vaping and smoking is likely explained by shared risk factors – that is, the same characteristics that predict teen vaping also predict teen smoking.

The group most often neglected in our conversations about vaping is current cigarette smokers. Although smoking prevalence today is at an all-time low of 13.7%, smoking is increasingly concentrated among the most vulnerable – those with mental illness, substance use disorders or living in poverty.

It is exceedingly difficult to promote cessation among these “hardened” smokers. That’s why health professionals and policy makers should be open to allowing, or even encouraging, these smokers to manage their nicotine addiction by transitioning from combusted to non-combusted sources of nicotine.

Just as opioid maintenance therapy is the standard of care for individuals with opioid use disorder, long-term nicotine maintenance should be an option for those addicted to nicotine.

Until nicotine replacement therapy is more affordable, we ought to consider the implications of decisions that dramatically limit smokers’ access to alternative, less harmful sources of nicotine, such as comprehensive vaping bans.

In fact, one effect of Massachusetts’ statewide vaping ban is a rise in cigarette sales as former smokers reliant on e-cigarettes return to the most toxic, dependence-producing tobacco product available.

To be clear: the scientific evidence to date does not suggest that we should all be advocates for vaping. However, I believe we should have more reasoned conversations about vaping that are grounded in science, and acknowledge that while 42 deaths is 42 too many, there are half a million smoking-associated deaths each year in the US.

Advocating for these smokers having easy and affordable access to less harmful sources of nicotine is imperative to improving US public health.

[link url="https://theconversation.com/some-smokers-credit-e-cigarettes-with-saving-their-lives-does-that-matter-127163"]Some smokers credit e-cigarettes with saving their lives – Does that matter?[/link]