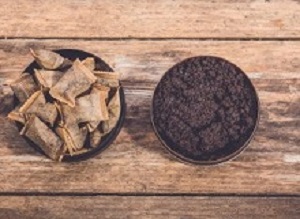 Last month was important for public health in the US. For the first time, the Food and Drug Administration (FDA) ruled that a company will be allowed to advertise tobacco products as less harmful than cigarettes. As momentous as this decision is, the public health community was not cheering. In fact, it was downright grumpy, writes Joe Nocera for Bloomberg. The products in question are snus.

Swedish Match AB, a company that sells cigars, lighters and chewing tobacco, makes snus. (The company divested its cigarettes business in 1999.) Snus users ingest nicotine by placing a small pouch filled with tobacco in between their teeth and their lips. Nicotine can be addictive, but snus aren’t lethal like cigarettes.

According to Swedish Match, Swedes have been using snus since the 1600s. In the years after World War II, snus were overtaken by cigarettes, Bloomberg reports. But after the dangers of smoking became irrefutable, the Swedish government imposed hefty taxes on cigarettes. This caused many smokers to gravitate back to snus; Swedish Match estimates that 9% of Swedish men smoke, while about 18% use snus.

The health consequences have been nothing short of amazing. Swedish men have the lowest rate of lung and oral cancer in Europe. A paper published in 2014 by the National Institutes of Health reported that this “mortality advantage” was directly attributable to “the degree of dominance of snus use in the different age groups of Swedish men.” Swedish women, who have not adopted snus like men have, had higher tobacco-related mortality rates.

In 2009, President Barack Obama signed the Family Smoking Prevention and Tobacco Control Act, giving the FDA the ability to set standards for tobacco products “to protect the public health”. All tobacco products that came to market after the passage of the new law, including e-cigarettes, would have to be approved by the agency. (The deadline for submitting tobacco products for FDA approval has been repeatedly delayed. It is now set for May 2020.)

The FDA also gained the authority to designate a “Modified Risk Tobacco Product” – again, if it deemed the product to be helpful in protecting the public health, Bloomberg reports.

Well ahead of every other company, Swedish Match received FDA approval for its snus, sold under the General Snus brand, in November 2015. It was also the first company to apply for the modified-risk designation. Alas, in 2016, its initial effort was turned down. Swedish Match re-applied. And that application is the one the FDA approved last month.

What does it mean?

What does it mean? Simply put, it means that the company will be able to say that people who use General Snus are less likely to get lung cancer, mouth cancer, heart disease, stroke, emphysema and chronic bronchitis.

Are snus completely safe? asks Bloomberg. No. But they are safer than cigarettes. That is the classic definition of a reduced-harm product.

There are strict limits about where Swedish Match can make this claim. It can’t advertise on TV. It can’t say it on the packaging. It can make the reduced-harm claim at the point of sale, on its website and in certain other controlled venues. Before it can do anything, it has to submit a marketing plan to the FDA.

Given the limitations on Swedish Match’s ability to get the word out, what the company needs now are some credible advocates willing to urge smokers to switch to snus. And while you might think that should be a job for the tobacco control community – which, after all, wants to eliminate smoking – it has been less than enthusiastic.

In May, five major anti-tobacco groups sent comments to the FDA, saying that Swedish Match’s application should be denied. Their primary worry was that if the company started marketing snus as modified-risk, kids would start using them. They also said that there was no evidence that adult Americans would use snus the same way Swedes do.

The FDA says that snus haven’t been shown to appeal to kids and Swedish Match has vowed not to market to them. Indeed, the FDA has the ability to take away its modified-risk designation for snus if it believes Swedish Match is trying to lure kids.

When I called around, writes Nocera for Bloomberg, it was clear that anti-tobacco advocates' concerns were intact, however. The Campaign for Tobacco-Free Kids sent me a statement from its president, Matt Myers (Bloomberg Philanthropies supports the Campaign for Tobacco-Free Kids). “The FDA must ensure that snus tobacco products are not marketed to or used by kids,” he said.

The American Lung Association declined comment. The American Heart Association sent me a link to a study that claimed that children are more likely to have higher blood pressure by age six if their mothers used snus during pregnancy.

There are going to be more companies applying for modified-risk designations. Philip Morris International Inc already has one in the pipelines, called IQOS, which heats tobacco but doesn’t burn it. For all their current problems, the e-cigarette companies will also eventually seek a modified risk label from the FDA. This is the Holy Grail: to be able to say publicly that their products are less harmful than cigarettes.

The evidence from Sweden is indisputable: Snus save lives, concludes Joe Nocera for Bloomberg.

Anti-smoking advocates could make a credible case for supporting them, thereby improving public health. Instead, even with the modified-risk designation, Swedish Match is going to have a tough time getting the word out to the people who need to hear it: the 35 million adult smokers in the US.

It’s a funny thing. In Europe, people are far less worried about e-cigarettes than people in the US. The British, in fact, have embraced e-cigarettes as healthier alternative to smoking. But snus? Believe it or not, they are banned in most of Europe.

[link url="https://www.bloomberg.com/opinion/articles/2019-10-23/snus-are-much-safer-than-cigarettes-just-ask-sweden"]Snus Can Save People From Cigarettes. Just Ask Sweden[/link]

Facebook
Twitter
WhatsApp
Linkedin
Email
Previous articleUp in smoke – Are we wrong about the dangers of vaping?
Next articleOpioid prescription doses increasingly tapered, often too rapidly