HomePolicy and LawBan on affirmative action had ‘devastating impact’ on diversity at US med...
Policy and Law 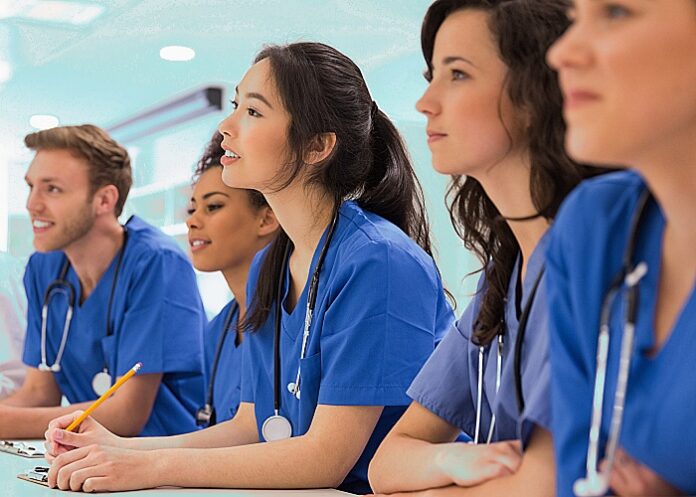 In US states that have banned affirmative action programmes, the proportion of students from under-represented racial and ethnic minority groups in public medical schools fell by more than one-third within five years, found a study in Annals of Internal Medicine.

The findings, from a study led by the University of California-Los Angeles (UCLA), are particularly timely given medical schools’ increasing emphasis on health equity, including a push to ensure greater diversity among physicians in the workforce.

The researchers said the bans “resulted in a loss of under-represented physicians, who could have been at the front lines of caring for vulnerable populations throughout the pandemic and helping to alleviate disparities in care”.

“We know that a more diverse physician workforce leads to better care for racial- and ethnic-minority patients,” said Dr Dan Ly, the study’s lead author, an assistant professor of medicine in the division of general internal medicine and health services research at the David Geffen School of Medicine at UCLA. “But we have made such poor progress in diversifying our physician workforce.

“Our research shows that bans on affirmative action, like the one California passed in 1996, have had a devastating impact on the diversity of our medical student body and physician pipeline.”

The researchers examined enrolment data from 1985 until 2019 for 53 medical schools at public universities, focusing on students from under-represented racial and ethnic groups: black, Hispanic, American Indian or Alaska Native, and Native Hawaiian or other Pacific Islander. The authors studied medical schools at public universities, not private ones, because states’ bans on affirmative action applied to public postsecondary institutions.

The authors note some limitations to their analysis. The data may have also captured the indirect effects of affirmative action on undergraduate admissions; public discussion of affirmative action bans may have affected medical school enrolment even before the bans were implemented; some students may not have fully identified with the mutually exclusive racial and ethnic groups defined by the study; and the researchers did not assess the possibility that some schools without bans did not consider race or ethnicity in their admission decisions.

But the findings could lead to a better understanding of the lag in diversifying the medical student body and the physician workforce.

“As our country has spent the past two years weaving through the twin pandemics of racial health disparities amplified by COVID-19 and structural racism at large, our findings are critically important,” said co-author Dr Utibe Essien, an assistant professor of medicine at the University of Pittsburgh.

“As we observed, affirmative action bans have resulted in a loss of under-represented physicians, who could have been at the front lines of caring for vulnerable populations throughout the pandemic and helping to alleviate disparities in care.

“My hope is that our findings will help provide policymakers with the tools to push back against affirmative action bans, not just for the diversity of the physician workforce, but for the equal and just health of our society.”

Published in the Annals of Internal Medicine on 3 May 2022.

The percentage of US physicians who identify as being from an under-represented racial or ethnic group remains low relative to their proportion in the US population. How this percentage may have been affected by state bans on affirmative action in public postsecondary institutions has received relatively little attention.

Objective
To examine the association between state affirmative action bans and percentage of enrolment in US public medical schools from under-represented racial and ethnic groups.

Design
Event study comparing public medical schools in states that implemented affirmative action bans with those in states without bans.

Limitation
Inability to account for the effect of these bans on undergraduate enrolment.

Conclusion
State affirmative action bans were associated with significant reductions in the percentage of students in public medical schools from under-represented racial and ethnic groups.

Expanded registrar programme is for ‘blacks only’

Medical school admissions: ‘SAMA slaps on a bandage while avoiding the wound’