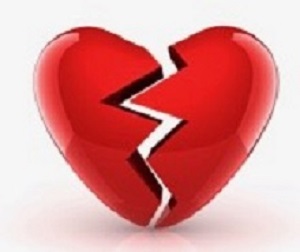 A University of Aberdeen study has found that the effects of Takotsubo cardiomyopathy – or “broken heart syndrome – can be permanent, contrary to previous research had suggested that the heart damage caused was temporary.

Severe emotional stress can prompt a sudden heart condition that poses the same sort of long-term damage as a heart attack, The Independent reports research has found. Takotsubo cardiomyopathy – or “broken heart syndrome” – affects at least 3,000 people in the UK and is typically triggered by traumatic life events such as bereavement.
During an attack, the heart muscle weakens to the point where it can no longer function as effectively.

The report says while previous research had suggested that the damage caused was temporary, scientists at the University of Aberdeen have now found that the effects can be permanent, like a heart attack.

In the study, which was funded by the British Heart Foundation (BHF), the team of doctors examined 37 Takostubo patients for an average period of two years using ultrasound and MRI scans.

They presented their findings at the American Heart Association Scientific Sessions in Anaheim, California and revealed that participants had untreatable damage to the heart’s muscle tissue which had reduced elasticity that prevented full contractions with every heartbeat.

“We once thought the effects of this life-threatening disease were temporary, but now we can see they can continue to affect people for the rest of their lives.”

Pearson added that there is currently no long-term treatment in place for patients because medics had previously thought all sufferers would make a full recovery. “This new research shows there are long-term effects on heart health, and suggests we should be treating patients in a similar way to those who are at risk of heart failure," he concluded.

World first as GSK’s malaria vaccine is endorsed by WHO