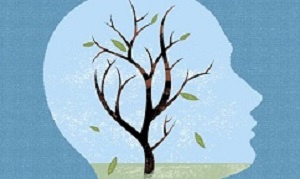 Use of certain anticholinergic drugs – that help to control involuntary muscle movements for conditions such as Parkinson’s disease – is associated with an increased risk of dementia, finds a UK study. The study is the largest of its kind to date and the findings prompt the researchers to say that clinicians should avoid long term prescribing of some anticholinergics to patients aged 45 and over.

Anticholinergic drugs block chemical signals to the brain that control muscle movements. They are often used for conditions linked to involuntary muscle movements, such as urinary incontinence and Parkinson’s disease, as well as for depression, chronic lung disease (COPD) and asthma.

Several studies have reported associations between use of anticholinergics and future cognitive decline and dementia, but it is not clear whether this is due to the drugs themselves or the underlying conditions for which they were prescribed.

So, a research team led by George Savva at the School of Health Sciences, University of East Anglia, set out to estimate the association between duration and level of exposure to different classes of anticholinergic drugs and subsequent dementia.

They analysed data from the UK’s Clinical Practice Research Database for 40,770 patients aged 65 to 99 years who were diagnosed with dementia between April 2006 and July 2015. Each case patient was matched to up to seven control patients of similar age and sex, but without dementia.

Drugs were scored according to their anticholinergic activity using the Anticholinergic Cognitive Burden (ACB) scale. An ACB score of 1 was classed as possibly anticholinergic, while a score of 2 or 3 was definitely anticholinergic. Daily doses of each drug were then compared for both cases and controls over an exposure period of 4 to 20 years before a diagnosis of dementia.

Other antidepressants (mainly selective serotonin reuptake inhibitors) with an ACB score of 1 were linked to dementia, but only close to the time of prescription, which the researchers say is unlikely to represent a direct (causal) link.

This is an observational study, so no firm conclusions can be drawn about cause and effect, and the authors outline some limitations, such as possible misclassification of dementia cases and a lack of information on depression severity. Nevertheless, the study was large and was able to account for several potentially influential factors.

They suggest that the association “could be caused by a class specific effect, or by drugs being used for very early symptoms of dementia” and they call for further research into the effects of specific drug classes.

In the meantime, they say clinicians “should continue to be vigilant with respect to the use of anticholinergic drugs and should consider the risk of long term cognitive effects, as well as short term effects, associated with specific drug classes when performing their risk-benefit analysis.”

In a linked editorial, Professor Shelly Gray at the University of Washington and Professor Joseph Hanlon at the University of Pittsburgh, say this research “raises important issues about the best way to summarise anticholinergic burden for future research.” In the meantime, they agree that anticholinergics in general should be avoided in older adults. “Specifically, for most highly anticholinergic drugs, non-pharmacological and pharmacological alternatives are available and should be considered,” they conclude.