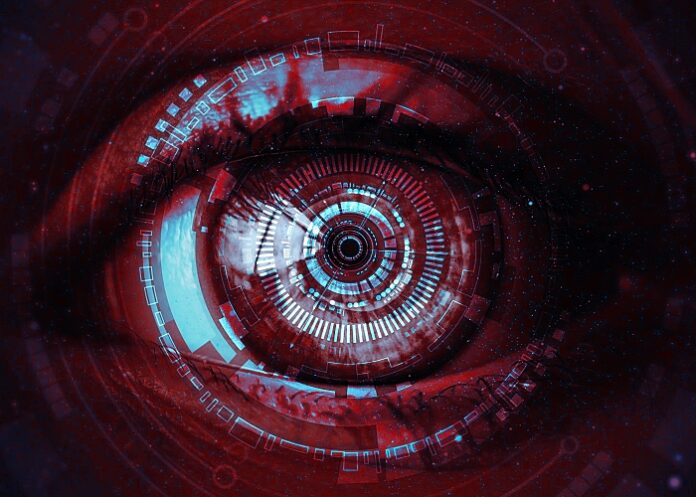 For this latest study, scientists wanted to establish what effect a single three-minute exposure would have, while also using much lower energy levels than their previous studies. Furthermore, building on separate UCL research on flies that found mitochondria display ‘shifting workloads’ depending on the time of day, the team compared morning exposure to afternoon exposure.

They found there was, on average, a 17% improvement in participants’ colour contrast vision when exposed to three minutes of 670 nanometre (long wavelength) deep red light in the morning and the effects of this single exposure lasted for at least a week. However, when the same test was conducted in the afternoon, no improvement was seen.

Scientists say the benefits of deep red light, highlighted by the findings, mark a breakthrough for eye health and should lead to affordable home-based eye therapies, helping the millions of people globally with naturally declining vision.

Lead author Professor Glen Jeffery (UCL Institute of Ophthalmology), said: “We demonstrate that one single exposure to long wave deep red light in the morning can significantly improve declining vision, which is a major health and well-being issue, affecting millions of people globally.

“This simple intervention applied at the population level would significantly impact on quality of life as people age and could result in reduced social costs arising from problems associated with reduced vision.”

In people aged around 40 years old, cells in the eye’s retina begin to age, and the pace of this ageing is caused, in part, when its mitochondria, the role of which is to produce energy (known as ATP) and boost cell function, also start to decline.

Mitochondrial density is greatest in the retina’s photoreceptor cells, which have high energy demands. As a result, the retina ages faster than other organs, with a 70% ATP reduction over life, causing a significant decline in photoreceptor function as they lack the energy to perform their normal role.

In studying the effects of deep red light in humans, researchers built on their previous findings in mice, bumblebees and fruit flies, which all found significant improvements in the function of the retina’s photoreceptors when their eyes were exposed to 670 nanometre (long wavelength) deep red light.

The retina’s photoreceptor population is formed of cones, which mediate colour vision, and rods, which adapt vision in low/dim light. This study focused on cones and observed colour contrast sensitivity, along the protan axis (measuring red-green contrast) and the tritan axis (blue-yellow).

Participants were aged between 34 and 70, had no ocular disease, completed a questionnaire regarding eye health before testing, and had normal colour vision (cone function). This was assessed using a ‘Chroma Test’: identifying coloured letters that had very low contrast and appeared increasingly blurred, a process called colour contrast.

Using a provided LED device all 20 participants (13 female and 7 male) were exposed to three minutes of 670nm deep red light in the morning between 8am and 9am. Their colour vision was then tested again three hours post exposure and 10 of the participants were also tested one week post exposure.

A few months on from the first test (ensuring any positive effects of the deep red light had been ‘washed out’) six (three female, three male) of the 20 participants, carried out the same test in the afternoon, between 12pm to 1pm. When participants then had their colour vision tested again, it showed zero improvement.

Jeffery said: “Using a simple LED device once a week recharges the energy system that has declined in the retina cells, rather like re-charging a battery.

“And morning exposure is absolutely key to achieving improvements in declining vision: as we have previously seen in flies, mitochondria have shifting work patterns and do not respond in the same way to light in the afternoon: this study confirms this.”

For this study the light energy emitted by the LED torch was just 8mW/cm2, rather than 40mW/cm2, which they had previously used. This has the effect of dimming the light but does not affect the wavelength. While both energy levels are perfectly safe for the human eye, reducing the energy further is an additional benefit.

With a paucity of affordable deep red-light eye-therapies available, Jeffery has been working for no commercial gain with Planet Lighting UK, a small company in Wales and others, with the aim of producing 670nm infra-red eye ware at an affordable cost, in contrast to some other LED devices designed to improve vision available in the US for more than $20,000.

“The technology is simple and very safe; the energy delivered by 670nm long wave light is not that much greater than that found in natural environmental light,” he said.

“Given its simplicity, I am confident an easy-to-use device can be made available at an affordable cost to the general public.

“In the near future, a once a week three-minute exposure to deep red light could be done while making a coffee, or on the commute listening to a podcast, and such a simple addition could transform eye care and vision around the world.”

Despite the clarity of the results, researchers say some of the data are “noisy”. While positive effects are clear for individuals following 670nm exposure, the magnitude of improvements can vary markedly between those of similar ages. Therefore, some caution is needed in interpretating the data. It is possible that there are other variables between individuals which influence the degree of improvement that the researchers have not identified so far and would require a larger sample size.

Published in Scientific Reports on 24 November 2021

But light needs to be delivered at specific times. In environments with artificial lighting humans are rarely dark-adapted, hence cone function becomes critical. This intervention, demonstrated to improve aged mitochondrial function can be applied to enhance colour vision in old age.

Introduction
Metabolic rate and ageing are both regulated by mitochondria. Mitochondrial membrane potential, however, declines with age resulting in reduced adenosine triphosphate (ATP) production, which is a major source of cellular energy. Cellular decline is further accelerated with ageing by increased production of pro-inflammatory reactive oxygen species (ROS)1. Retinal photoreceptors have the greatest mitochondrial density and metabolic demand in the body and age rapidly2. A pivotal point in their functional ageing in the human retina appears to be around 40 years3. Subsequently 30% of central rods progressively die, and while cones remain, they have reduced functionality4,5,6,7. Hence, regenerating aged cone function is vital because in an environment where artificial lighting results in humans rarely being fully dark-adapted and needing their rods, cone function becomes critical.

Exposure to long wavelength light (650–900 nm) in animals improves mitochondrial function, increasing ATP production and reducing ROS. It also reduces the pace of age related cell death in the retina. These mitochondrial changes translate into improved electrophysiological responses from the ageing retina in both insects and mice. The mechanism may be due to reduced nanoscopic interfacial water layer viscosity around ATP rota pumps, increasing their efficiency. As neuronal membrane pumps consume large amounts of ATP, mitochondrial decline impacts widely on the energy demands of the nervous system as age erodes pump efficiency. Hence, improving ATP availability optically has potentially widespread impact including improved patterns of ageing in mammals and extended lifespan in insects. While few human experiments have been undertaken with long wavelength light in ageing, daily exposures to relatively bright 670 nm light over weeks in aged humans has been demonstrated to improve rod and cone function3,16. But we have no knowledge of how much exposure is needed and how long its influence persists.

Overall threshold reductions along the tritan axis were 17% for both males and females (P < 0.0001). Threshold reductions along the protan axis were 10% (P < 0.001) in males and 14% (P < 0.0001) in females. Subdividing by age group, visual axis and sex was not realistic because of the limited sample size. These changes are for measurements before and after 670 nm exposure within individuals. However, an additional control was undertaken where the subjects had their colour contrast thresholds measured at the same time in the morning as above and were then re-tested 3 h later without exposure to 670 nm light. These showed no difference between the two measurements confirming that differences in the main group were due to 670 nm light exposure

Similar methods were applied to a subgroup (N = 6) of subjects across a comparable age range with exposure to 670 nm light in the afternoon and tested 3 h later. The results showed no impact across either colour axis following afternoon light exposure. Hence only the morning light dose effective. However, it is possible that there are fundamental differences in the patterns of colour contrast sensitivities over the day that could explain this finding independent of 670 nm light exposure.

Consequently, a subgroup of individuals covering the full age range, had their colour contrast thresholds measured repeatedly across the day at time 0, + 3, + 6 and + 9 hs. Data for protan measurements were more variable within subjects than tritan, but neither showed any consistent pattern between across time in the subjects.
A subgroup (N = 10) of subjects covering a comparable age range that had light exposure in the morning were re-tested 1 week later, without any further 670 nm exposure in the intermediary period. Significant threshold improvements in this population remained across both colour axes, although reduced compared to the 3 h measurements. For the tritan axis, threshold reductions were 10% (P < 0.001) and for the protan axis, they were 8% (P < 0.0001). Subdividing this population further was not feasible because subject numbers were not large enough.

Some visual impairments associated with increased risk of dementia

The best new medical technology in 2018