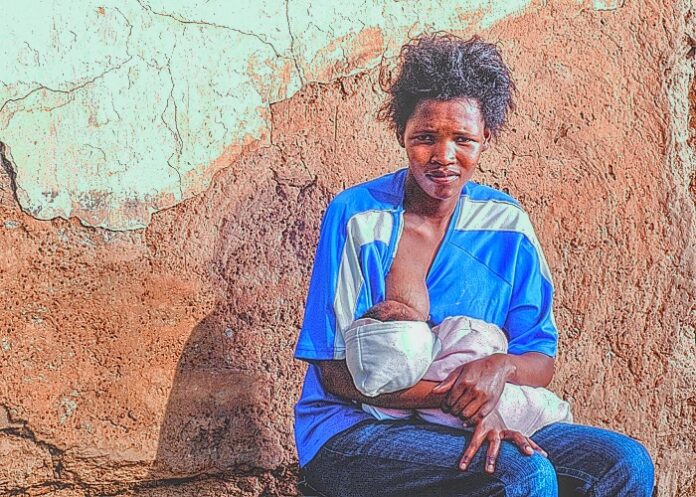 Nearly half a million teens aged 15-19 fell pregnant in the past four years, as well as another 14,000 of the ages 10-15, writes MedicalBrief. Many of the pregnancies might follow gender-based violence and sexual abuse, warns SA Society of Obstetricians and Gynaecologists’ President Dr Haynes Van der Merwe.

At a National Council of Provinces (NCOP) plenary last week, Limpopo MEC for Health Dr Phophi Ramathuba said some accepted traditions still see rapists being protected in families and communities, with uncles and relatives who have sex with 15-year-olds paying off their relatives “for damages” instead of being prosecuted for rape. Girls were beholden to “blessers” and sugar daddies as they try to survive by transactional sex.

“Early pregnancy and motherhood in South Africa are creating a huge risk in terms of maternal complications and low survival rates of babies, forcing young girls to prematurely take on adult roles for which they are neither emotionally nor physically,” wrote StatsSA.

Dr Granville Whittle, the acting Director-General in the Department of Basic Education, told the NCOP plenary that about 120,000 schoolgirls in South Africa fall pregnant each year, with only a third returning to school.

SASOG concerned over of “significant health risks” in teen pregnancy

This week, SASOG raised its concerns at the increasing number of teenage and adolescent pregnancies occurring in South Africa, in a statement released to coincide with the 16 Days of Activism against Women and Children Abuse.

“There are significant health risks associated with early pregnancy, and complications of pregnancy and childbirth are the leading cause, globally, of death in girls between 15 and 19. Girls between 10 and19 who fall pregnant face higher risks of pre-eclampsia (high blood pressure, causing seizures during pregnancy), puerperal endometritis (a severe bacterial infection) and other systemic infections. Furthermore, there is a bigger likelihood of a preterm delivery with all the subsequent complications associated with prematurity in newborns and of babies being of low birth weight.”

SASOG noted that while there are many contributing factors to these high rates of teen and adolescent pregnancy, including poverty, dysfunctional societies and families, low levels of education, joblessness and the like, that many of these pregnancies might be the consequence of GBV and sexual abuse.

“Research suggests that GBV is a significant contributor to unintended pregnancies. Victims of GBV are also often exposed to HIV and other sexually transmitted diseases, but are often ashamed and stay silent, and thereby unable to access treatment,” Van der Merwe said.

The Society, which represents specialists in the public and private health sectors, implemented a GBV action plan in 2019. This includes using international guidelines to detect and provide appropriate clinical and emotional support for women who have experienced GBV.

“During pregnancy, a woman is particularly vulnerable – physically, emotionally and financially …  We are urging our members and all health professionals to use these guidelines to play an active role in identifying, acknowledging, supporting and treating women affected by GBV,” Van der Merwe said.

SASOG is also appealing to government to formulate a multi-pronged approach to addressing the factors leading to unwanted teenage and adolescent pregnancies. This should include access to family planning services and safe termination of pregnancy (TOP) clinics.

Commenting on the Gauteng Health statistics, Marumo Sekgobela, Save the Children South Africa’s Health and Nutrition Thematic Manager, said: “Watching a child turn into a mother is heart-breaking. Children need to be children, not birth them. It’s particularly devastating to learn that many of the girls who gave birth last year were barely teenagers.

“The global pandemic risks being a time of irreversible setbacks and lost progress for girls. Unless we act fast and decisively, the impact on girls’ futures – and on all of our futures – will be devastating.

“There has never been a more important time to empower teenagers to take control of their sexual health and stay safe. Save the Children calls on the Government of South Africa and Gauteng province to ensure that adolescents, regardless of gender, have access to comprehensive sexual and reproductive health information and services. We also call on families, communities, religious and traditional leaders to support reproductive health rights of teenagers. It is time that we dismantle the barriers to accessing services.”

SA Medical Research Council on the role played by GBV

Writing in The Conversation, Dr Kim Jonas,  Specialist Scientist: Health Systems at the SA Medical Research Council, says that even before the pandemic, in South Africa, 16% of young women aged 15-19 had begun childbearing. The figure ranges between 11% in urban areas and 19% in rural areas.

“One factor that has contributed to this is violence against women and girls. In South Africa, on in three women experience gender based-violence and one in five children under the age of 18 experience sexual abuse.”

Deficiencies in the health system also contribute to teenage pregnancies. It’s not always easy for adolescents to get contraceptives if services aren’t youth-friendly. In South Africa, 31% of girls aged 15 to 19 aren’t getting the contraceptives they need – a bigger proportion of this age group than other age groups. Education about contraception for adolescents is inadequate, too, Jonas said.