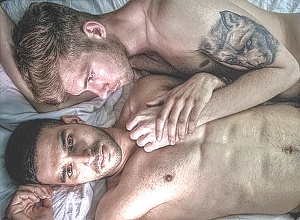 The annual number of new HIV infections among men who have sex with men in England is likely to have fallen dramatically, from 2,770 in 2013 to 854 in 2018, showing elimination of HIV transmission by 2030 to be within reach, suggest researchers from the University of Cambridge and Public Health England, published in The Lancet HIV.

According to material published on 10 June by Cambridge, to manage the HIV epidemic in England among men who have sex with men (MSM), enhanced testing and earlier treatment strategies were scaled up between 2011 and 2015 and supplemented from 2015 by pre-exposure prophylaxis (PrEP).

The researchers examined the effect of these interventions on the number of new infections and investigated whether the United Nations targets for HIV control and elimination of HIV transmission by 2030 might be within reach among MSM in England.

A complexity in this assessment is that HIV infections are not observed. Routine surveillance collects data on new HIV diagnoses, but trends in new diagnoses alone can be misleading as they can represent infections that occurred many years previously and depend on the testing behaviour of infected individuals.

To estimate new HIV infections among adult MSM (age 15 years and above) over a 10-year period between 2009 and 2018, the researchers used a novel statistical model that used data on HIV and Aids diagnoses routinely collected via the national HIV and Aids Reporting System in England, and knowledge on the progression of HIV.

Estimated trends in new infections were then extrapolated to understand the likelihood of achieving the UN elimination target defined as less than one newly acquired infection per 10,000 MSM per year, by 2030.

The decline was consistent across all age groups but was particularly marked in MSM aged 25 to 34 years, and slowest in those aged 45 years or older. Importantly, this decrease began before the widespread roll-out of PrEP in 2016, indicating the success of testing and treatment as infection prevention measures among MSM in England.

Through extrapolation, the researchers calculated a 40% likelihood of England reaching the UN elimination target by 2030 and identified relevant age-specific targeting of further prevention efforts (i.e., to MSM aged ≥45 years) to increase this likelihood.

Senior author Professor Daniela De Angelis, deputy director of the MRC Biostatistics Unit at the University of Cambridge, said: "This is very good news and suggests that prevention measures adopted in England from 2011 have been effective. With the rollout of PrEP, England looks on course to meet the goal of zero transmissions by 2030.

“Our study also shows the value of regular estimation of HIV incidence to recognise and respond appropriately to changes in the current downward trend. The challenge now is to achieve these reductions in all groups at risk for HIV acquisition."

“You can benefit from life-saving HIV treatments if you are diagnosed with HIV and it also means you cannot pass the virus on.

"HIV and STI tests are still available through sexual health clinics during the COVID pandemic. Many clinics offer online testing throughout the year: people can order tests on clinic websites, take them in the privacy of their own home, return by post and receive results via text, phone call or post.”

Tracking elimination of HIV transmission in men who have sex with men in England: a modelling study

To manage the HIV epidemic among men who have sex with men (MSM) in England, treatment as prevention strategies based on test and treat were strengthened between 2011 and 2015, and supplemented from 2015 by scale-up of pre-exposure prophylaxis (PrEP).

We examined the effect of these interventions on HIV incidence and investigated whether internationally agreed targets for HIV control and elimination of HIV transmission by 2030 might be within reach among MSM in England.

We used a novel, age-stratified, CD4-staged Bayesian back-calculation model to estimate HIV incidence and undiagnosed infections among adult MSM (age ≥15 years) during the 10-year period between 2009 and 2018. The model used data on HIV and AIDS diagnoses routinely collected via the national HIV and AIDS Reporting System in England, and knowledge on the progression of HIV through CD4-defined disease stages.

Estimated incidence trends were extrapolated, assuming a constant MSM population from 2018 onwards, to quantify the likelihood of achieving elimination of HIV transmission, defined as less than one newly acquired infection per 10 000 MSM per year, by 2030.

The peak in HIV incidence in MSM in England was estimated with 80% certainty to have occurred in 2012 or 2013, at least 1 year before the observed peak in new diagnoses in 2014.

A decline in new infections was consistently estimated in all age groups, and was particularly marked in MSM aged 25–34 years, and slowest in those aged 45 years or older. Similar trends were estimated in the number of undiagnosed infections, with the greatest decrease after 2013 in the 25 to 34 years age group. Under extrapolation assumptions, we calculated a 40% probability of achieving the defined target elimination threshold by 2030.

The sharp decrease in HIV incidence, estimated to have begun before the scale up of PrEP, indicates the success of strengthening treatment as prevention measures among MSM in England.

To achieve the 2030 elimination threshold, targeted policies might be required to reach those aged 45 years or older, in whom incidence is decreasing at the slowest rate.

The Lancet article – Tracking elimination of HIV transmission in men who have sex with men in England: a modelling study (Open access)

WHO updates recommendation for PrEP as HIV prevention option for MSM

PrEP protecting against HIV and hepatitis B – study

No virus transmission when HIV successfully suppressed by medication