Gender Commission under crossfire over ‘ill-advised’ stance on vaccinations 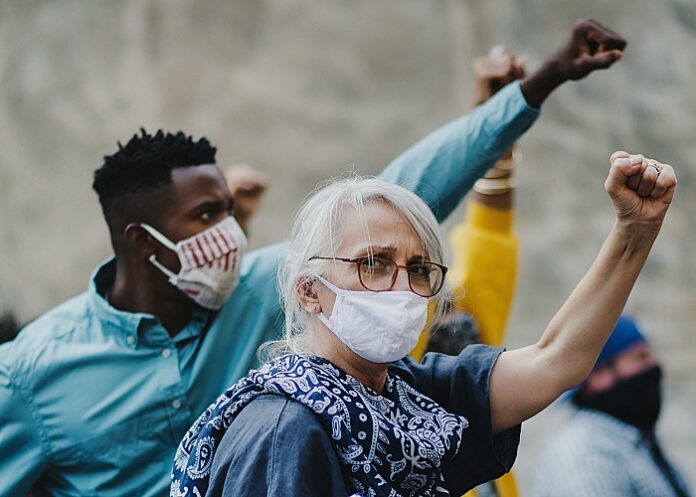 The national Department of Health (DoH) and a formidable array of medical professional organisations have criticised the Gender Commission for Equality (GCE) for its warning last week that many women may not be comfortable taking vaccines, due to possible long-term effects, reports MedicalBrief. They warned that the CGE’s stance, based on a single study of “no clinical significance”,  could fuel anti-vaccination sentiment and compromise the national vaccination programme.

The CGE — a  state-funded body established in terms of chapter nine of the Constitution to protect and promote gender equality — had warned against “trampling on human rights” and any proposed “harsh sanctions” against employees and students should they not vaccinate, among other issues. (MedicalBrief 19 January). The CGE based its stance partly on a recent study in Obstetrics & Gynaecology that found COVID-19 vaccines might cause a small change to the menstrual cycle length.

The CGE noted that while this change was temporary and scientists believed it not to be clinically significant, “the Commission cautions businesses and various institutions against forcing staff to vaccinate and imposing harsh sanctions on them if they do not”. “When scientists establish a connection between COVID-19 vaccinations and women’s reproductive health, such as menstrual cycles, many women may not be comfortable taking vaccines, due to possible long-term effects,” said the CGE.

In a statement on Sunday, a range of medical organisations, which include the SA Medical Research Council, SA Medical Association, SA Paediatrics Association, SA Private Practitioners Forum, Progressive Health Forum, the president of the Nuclear Medicine Research Infrastructure, dean of the health sciences faculty at the University of the Witwatersrand, Treatment Action Campaign and Section 27, said the views expressed by the commission “are at variance with the accepted scientific knowledge regarding COVID- 19 vaccinations”.

They called on the CGE to withdraw its “ill- advised” statement immediately. They said by expressing such views, the CGE could fuel anti-vaccination sentiment and compromise the national vaccination programme as well as efforts to overcome the COVID-19 pandemic.

The organisation pointed out that pregnant women and their unborn babies were at a much greater risk of dying if they were not vaccinated, noting that one in six unvaccinated pregnant women admitted to hospital in SA with COVID-19 required mechanical ventilation and one in 16 died. Vaccination on the other hand provided upwards of 80% protection against severe disease, hospitalisation and death.

The College of Obstetricians and Gynaecologists of SA (Cogsa) has pointed out that the relatively rare effect of a slightly longer menstrual cycle is temporary, harmless and has no effect on menstrual health, fertility and reproductive health. “The evidence is indisputable. Covid-19 vaccination is safe, does not affect women’s bodies negatively and saves women’s lives,” they said.

Following the outcry, the DOH issued a statement this week saying that it was important to emphasise that the debate around vaccine mandates had no bearing on the effectiveness and efficacy of COVID-19 vaccines. “We dismiss any argument against the constitutionality of vaccine mandates based on fallacious and non-scientific evidence.”

The DoH said that while it respected freedom of expression by any individual or organisation as enshrined in the Constitution, “we believe such freedom should be exercised responsibly to impart information or ideas to empower our people to make well informed health choices during these difficult times”.

“The statement released by the CGE appears to have been done without consultation with any of expert institutions. It has not considered all available evidence and the substantial benefit associated with vaccinating women of reproductive age and pregnant women. The department is in agreement and supports the statement released by various organisations in the health sector, including the SA Medical Research Council in disputing the facts as presented by the CGE.”

COVID-19 vaccines “are highly effective against severe illness, and immunising women of reproductive age is important as both South African and global data have clearly shown that Sars-CoV-2 infection in pregnancy significantly worsens obstetric and neonatal outcomes, making it imperative that vaccination programmes target young women before and during pregnancy”.

The DoH said it was also important to emphasise that the current discussions around vaccine mandates have no bearing on the effectiveness and efficacy of COVID-19 vaccines, “and we dismiss any argument against the constitutionality of vaccine mandates based on fallacious and non-scientific evidence”.

“We would like to implore anyone with different views and theories on the effectiveness of vaccines, to back their comments and arguments with scientific evidence, and share data with government for the benefit of the entire population,” it added.

In a separate statement on Tuesday, the SA Society of Obstetricians and Gynaecologists (SASOG) said that the CGE stance was “irresponsible” and had the potential to increase vaccine hesitancy among women:

“The findings of this study and the conclusions drawn by the authors that there is no clinically meaningful change in menstrual cycle length associated with COVID-19 vaccination are very reassuring. SASOG urges new mothers and mothers-to-be to be, to consider the results of numerous studies and monitoring programmes (both completed and ongoing), that reveal no significant risk associated with COVID-19 vaccinations during both pregnancy and breastfeeding.

"As such, SASOG urges both new mothers and mothers-to-be to be vaccinated. Studies show that the risk for critical illness due to COVID-19 is higher for pregnant than non-pregnant women, particularly in the third trimester. It has been found that pregnant women who experience COVID-19 symptoms have a higher risk of being admitted to ICU, needing mechanical ventilation and dying, than non-pregnant women of the same age.

“We therefore find it surprising that the CGE brought out a statement warning against mandatory vaccination of women. Not only is their interpretation of the study flawed, but they also chose to ignore the proven benefits of vaccination of women of reproductive age as pointed out above. It is our opinion that their statement is irresponsible and has the potential to increase vaccine hesitancy among women."