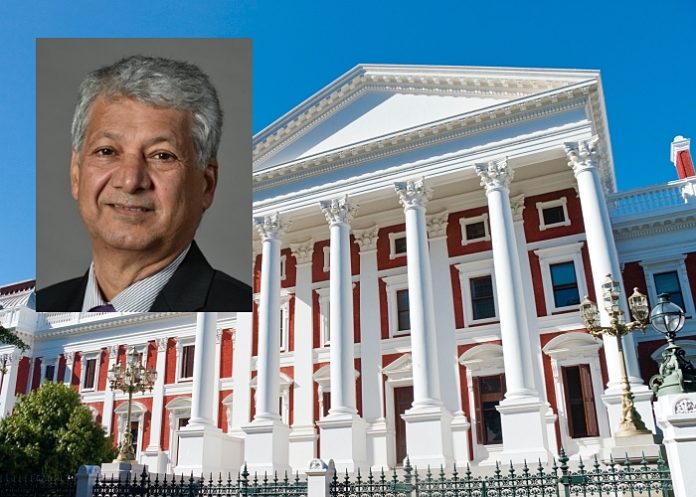 Reflecting on the mammoth issue of corruption casting a shadow over South Africaʼs health sector, Dr Kenneth Jacobs stresses the importance of safety nets for whistle-blowers, and of establishing technological systems to enforce accountability, reports Spotlight.

More than most, Jacobs is in a position to do something about these issues. Last month, the ANC MP was elected chairperson of the National Assemblyʼs portfolio committee on health.

He will play a pivotal role in deliberations on the National Health Insurance (NHI) Bill, where public hearings have been under way in the portfolio committee. The hearings have so far (they will continue later in the year) flagged corruption as a major concern, particularly pertaining to a centralised NHI fund.

“From what was raised at the public hearings, people are concerned that the power would be with the minister [of health] to appoint members to the various boards,” says Jacobs. “There are concerns that those appointed in these positions be held accountable.” He agrees that the critical question remains: how will these systems of accountability be created and enforced? Refreshingly, he offers ideas that go beyond the usual political rhetoric.

“Fortunately, we have this age of technology where it is easier to implement such decisions and processes. It starts with the political will. Then, the technical side is not my field of expertise but we have young people who are analytical specialists, software technicians, informatics specialists. These kinds of people would be required, to assist [in developing] the necessary systems, and, of course, whistle-blowers. There must be safety nets for whistle-blowers. For people, once they see something is wrong, to be able to bring it to the necessary authorities, thatʼs really important.”

Opposition parties have pointed out how former health minister Dr Zweli Mkhize assured the public that the NHI would not be affected by corruption – “empty promises” they say, given that Mkhize is now facing possible criminal charges himself for involvement in the dubious R150m Digital Vibes tender.

Speaking to Spotlight over Zoom from his home in the Western Cape, Jacobs responds to a question about Mkhize and Digital Vibes: [I] was perplexed, [I] was upset and shocked.

“I donʼt know what exactly the truth is in terms of the SIU [Special Investigating Unit] report, because I have not seen it yet. Iʼm waiting to study the report and, of course, weʼll also want to study it as the committee.

“You know, itʼs so interesting to watch the Zondo Commission,” he says. “Because it really does surprise one. It does make one feel that we could have done so much better as a country.”

Of course, doing better as a country depends in part on Parliament and committees, such as that chaired by Jacobs, holding the executive to account. Will we see greater accountability?

At least some opposition party members are hopeful that Jacobs will have the backbone to hold the health department to account in his new role. His predecessor, Dr Sibongiseni Dhlomo, now deputy minister of health, who has a longstanding relationship with Mkhize, was thought by some to toe the party line in his duties as chairman.

On Jacobsʼ appointment, Philip van Staden, Freedom Front Plus MP and the partyʼs spokesperson for health said, “Dr Jacobs is highly qualified in the medical field … He is, among other things, a scientist as well as a medical doctor. The party hopes that Dr Jacobs will consider the inputs and opinions of opposition parties and not, like previous chairpersons, focus only on furthering and executing the ANCʼs policy.”

At present, the 62-year-old is preparing for the 2021 municipal elections on 1 November. He has been knocking on doors around the Drakenstein municipal area, rallying votes for the ANC.

Jacobs traces his political awakening back to when he was five years old in Gqeberha, then known as Port Elizabeth. At the time, his family was forcibly evicted from sea-facing South End and moved to Gelvandale, in the cityʼs northern suburbs.

“South End was like Port Elizabethʼs District Six,” he says: ”So honestly, that was something that had a huge impact on me. I decided then that I would not allow somebody to suppress or oppress me and I think it is probably why I just kept on studying and improving.”

A family of doctors and a love of education

There is a pause in the interview, as Jacobs speaks to his wife. He turns back to the camera. She had reminded him to add that, as a child, he was put in school a year early.

“I went to school in Port Elizabeth a year early, but they said I was too small. After two weeks they sent me home, but I was crying at home. When my mother couldnʼt take my crying anymore, she sent me off to Somerset East, to my grandmother. My grandmother then decided to put me back in school again, for which Iʼm very thankful to this day. So I matriculated a year early too.”

One of eight siblings born to his father, who worked in a shoe factory, and his mother, a home executive, Jacobs says today they have six – soon to be seven – medical doctors in the family.

“My father lost his employment as a shoemaker in the factory when I was in standard eight [grade 10]. So he didnʼt have funds for both my two older brothers to study. The one had to work at the Ford Motor Company in Port Elizabeth for a while and that was the worst thing for him, for my second eldest brother. That changed him because he pursued education like you wouldnʼt believe. He later went to university, finished a Masterʼs in zoology, and then went to study medicine, specialising in cardiothoracic surgery.”

Jacobs describes himself as a student for life. “Mostly, we just had to find our own study funds,” he says. “And so, I was always trying to get bursaries. I had to work really hard for that, otherwise, I wouldʼve had to go back home. That was the challenge.”

Jacobs holds a BSc degree from the University of the Western Cape and a BSc medical honours from the University of Cape Town (UCT). In 1983, at UCT, he was working on a Masterʼs degree in biochemistry, which he was about to upgrade to a PhD, when he says apartheid police forced him to flee to Namibia. At the time, his research was on apple proteins and cholesterol.

“Iʼve always been interested in chronic diseases and things like obesity and diabetes,” he says. “But I had to give up on that opportunity.”

On returning to South Africa, he enrolled at Stellenbosch Universityʼs medical school, obtaining a Bachelor of Medicine, Bachelor of Surgery and Master of Medicine degrees in family medicine. In addition, he later completed a Master of Science in sports medicine at the University of Pretoria.

Jacobs practised as a doctor in Paarl, at times also serving as physician to the Stormers and Springbok rugby teams: "I worked with the emerging Springboks, with [rugby coach] Heyneke Meyer and, of course, with some of the Springboks. I was very fortunate to be their doctor at the time.”

Jacobs played rugby himself, which he gave up when he got spectacles for his eyesight. “I played at school level and early university days, but then I had to get spectacles. We didnʼt have contact lenses back then. And these guys, they run you into the ground if you canʼt see where the ball is. So unfortunately I had to stop rugby, but then I pursued athletics instead.”

He speaks of his four children with great pride. His daughter is a medical doctor in her second year of internship and he has three sons, who are studying electronic engineering, geoinformatics and medicine, respectively, all at Stellenbosch University.

“What we prize in my family – thereʼs a word in Afrikaans – is ‘deursettingsvermoëʼ,” he says. “Something like perseverance, with discipline.”

Jacobsʼs deursettingsvermoë has certainly taken him a long way from the five-year-old boy whose family was forcibly evicted in Gqeberha.

He entered Parliament as an ANC MP in 2019, while still occasionally teaching medical students at Stellenbosch University. “I have permission from my chief whip for that,” he adds quickly, laughing.

* This article was produced by Spotlight – health journalism in the public interest. It is republished under Creative Commons Licence.