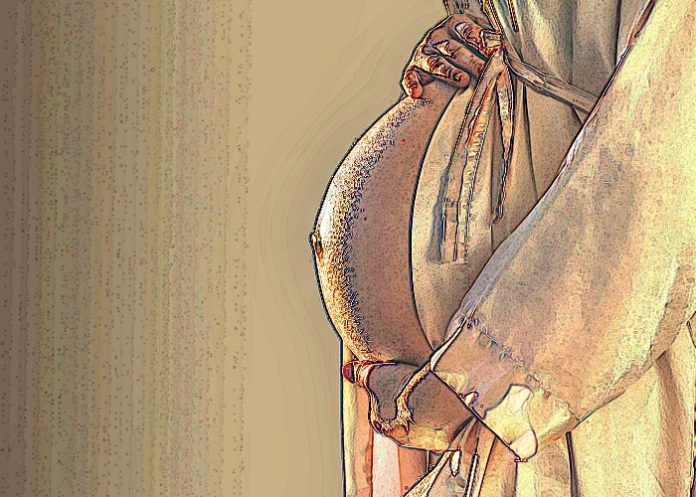 Paracetamol (acetaminophen) should be used only when medically indicated during pregnancy and at the lowest effective dose for the shortest possible time, according to a Consensus Statement published in Nature Reviews Endocrinology.

The authors call for a focused research effort to study how paracetamol may affect foetal development and propose a series of precautionary measures that should be taken in the meantime.

Paracetamol is widely used during pregnancy, with estimates suggesting it is used by up to 65% of those who are pregnant in the United States, and more than 50% worldwide. However, an increasing amount of research suggests that prenatal exposure to paracetamol may affect foetal development, which might increase the risk of certain neurodevelopmental, reproductive and urogenital disorders.

David Kristensen and colleagues from the University of Copenhagen, Denmark conducted a review of experimental animal and cell-based research, and human epidemiological research related to paracetamol use during pregnancy published between 1 January 1995 and 25 October 2020. The authors summarise the research, reporting that prenatal paracetamol exposure in humans might be associated with adverse neurological, urogenital and reproductive outcomes in males and females. These epidemiological findings are supported by experimental studies showing adverse effects in animal and cellular models.

Based on their review and taking a precautionary approach, the authors propose that people should be counselled early in pregnancy to forego the use of paracetamol unless medically indicated; consult their physician or pharmacist if uncertain whether to use paracetamol and before using on a long-term basis; and minimise risk by using the lowest effective dose for the shortest possible time.

While these recommendations may not differ substantially from current general pregnancy medication advice, the authors believe that paracetamol-specific risk communication is warranted to both health professionals and those who are pregnant because of the high rates of use and perceptions of negligible risk.

Kristensen and co-authors call for agencies such as the US Food and Drug Administration and the European Medicines Agency and appropriate societies to review all available data covering both epidemiological and experimental studies, so that an evidence-based evaluation of the risk can be made available to inform patients and healthcare professionals.

They also make some recommendations for the design of robust future human epidemiological studies to better understand the effects of paracetamol exposure during pregnancy.

Study details
Paracetamol use during pregnancy — a call for precautionary action

Abstract
Paracetamol (N-acetyl-p-aminophenol (APAP), otherwise known as acetaminophen) is the active ingredient in more than 600 medications used to relieve mild to moderate pain and reduce fever. APAP is widely used by pregnant women as governmental agencies, including the FDA and EMA, have long considered APAP appropriate for use during pregnancy when used as directed. However, increasing experimental and epidemiological research suggests that prenatal exposure to APAP might alter foetal development, which could increase the risks of some neurodevelopmental, reproductive and urogenital disorders.
Here we summarise this evidence and call for precautionary action through a focused research effort and by increasing awareness among health professionals and pregnant women. APAP is an important medication and alternatives for treatment of high fever and severe pain are limited. We recommend that pregnant women should be cautioned at the beginning of pregnancy to: forego APAP unless its use is medically indicated; consult with a physician or pharmacist if they are uncertain whether use is indicated and before using on a long-term basis; and minimise exposure by using the lowest effective dose for the shortest possible time. We suggest specific actions to implement these recommendations.
This Consensus Statement reflects our concerns and is currently supported by 91 scientists, clinicians and public health professionals from across the globe.

Introduction
A growing body of experimental and epidemiological research suggests that prenatal exposure to paracetamol (N-acetyl-p-aminophenol (APAP), otherwise known as acetaminophen) might alter foetal development, which could in turn increase the risks of certain neurodevelopmental, reproductive and urogenital disorders. APAP is the active ingredient in more than 600 prescription and non-prescription medications used to relieve mild to moderate pain and reduce fever.

Sales of APAP-containing products, which are not restricted to pharmacies in many countries, are increasing worldwide. Adverse effects of APAP are well known; for example, intentional overdose, unintentional overdose and chronic use have resulted in APAP being the leading cause of acute liver failure in children and adults in the Western world. Of note, APAP is widely used by pregnant women, as the FDA and EMA have long considered APAP-containing products to be of minimal risk when used as directed during pregnancy.
As scientists, medical experts and public health professionals, we are concerned about increasing rates of neurological, urogenital and reproductive disorders. We are witnessing disturbing increases in the number of children with cognitive, learning and/or behavioural problems. For example, the US National Health Interview Survey reported that between 2009 and 2017, approximately one in six children aged 3–17 years had a developmental disability diagnosis. A 9.5% increase was observed in the overall rate of developmental disabilities between 2009–2011 and 2015–2017.

Conclusions
This APAP Consensus Statement is a call to prioritise research initiatives and to provide evidence-based medical guidance for APAP use by pregnant women, with the goal of creating awareness so women can make informed decisions that will lead to minimising APAP exposure. We therefore call for agencies such as the FDA and EMA and appropriate obstetric and gynaecological societies to review all available data covering both epidemiological and experimental studies, so an evidence-based evaluation of the risk can be made available to inform patients and their health-care professionals. The limitations that we identified in the existing literature should be addressed in well-designed research that accurately captures medication use during pregnancy and minimises potential confounding by indication and exposure misclassification.

We here recognise our professional and social responsibility to take this action, even in the face of uncertainty, in light of the serious consequences of inaction. This call to action is consistent with the 2016 Targeting Environmental Neuro-Developmental Risks (TENDR) Consensus Statement, which we support:

“We as a society should be able to take protective action when scientific evidence indicates a chemical is of concern, and not wait for unequivocal proof that a chemical is causing harm to our children. Evidence of neurodevelopmental toxicity of any type — epidemiological or toxicological or mechanistic — by itself should constitute a signal sufficient to trigger prioritisation and some level of action.”.

In addition, a new opinion statement issued by the American College of Obstetricians and Gynaecologists suggests that gynaecologists should screen patients for exposure to environmental chemicals before and during pregnancy and counsel on how to minimise risks. We support this statement, which is consistent with our recommendations.
APAP is a modifiable exposure. We recognise that limited medical alternatives exist to treat pain and fever; however, we believe the combined weight of animal and human scientific evidence is strong enough for pregnant women to be cautioned by health professionals against its indiscriminate use, both as a single ingredient and in combination with other medications.

We recommend that APAP should be used by pregnant women cautiously at the lowest effective dose for the shortest possible time. Long-term or high-dose use should be limited to indications as advised by a health professional. Packaging should include warning labels including these recommendations. Given the high prevalence of APAP use by pregnant women, the public health implications of use reduction might be substantial.

Painkillers during pregnancy could affect fertility of the unborn child

Viagra as a candidate drug for Alzheimerʼs disease — US prescription analysis