Heart failure and the obesity paradox 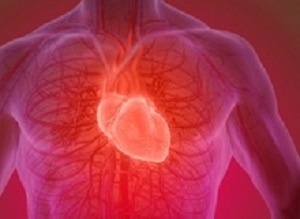 While obesity significantly increases the chances of developing heart failure, for those with established heart failure overweight may confer a survival benefit compared with severely obese, normal weight or underweight individuals.

A paper by researchers from the University of Adelaide reports. Importantly, using data from 375,056 patients from nine studies, researchers found that the lowest mortality risk for those with established heart failure (HF) was in overweight individuals rather than severely obese.

There is limited information on the impact of weight loss on obese patients with HF. However, the study confirmed that intentional weight loss in non-HF patients with obesity was associated with improved heart health.

Lead author Dr Michael Stokes, a heart failure physician at the Royal Adelaide Hospital and PhD candidate at the University of Adelaide, said the protective benefit of obesity in established HF was an example of the 'obesity paradox'. "The obesity paradox is the observation, generally from large clinical registries or trials, that the presence of obesity confers a survival benefit over normal or underweight individuals," he said.

"In this meta-analysis, the data found a 'U-shaped' survival curve with the lowest mortality in overweight patients and a reduced mortality in the obese when compared with normal or underweight HF patients.

"HF burden is significantly increasing in Australia – there are about 14 new admissions in South Australia every day – and internationally, and is associated with huge healthcare costs, significant hospital stays and significant functional impairment for patients. The readmission rates for HF patients are commonly 25-30% at one month following hospital admission; additionally, the survival for HF is worse than many common cancers.

"Obesity is a significant contributor to the HF burden and nearly 30% of Australians are obese and it is estimated that by 2031-2032, 41% of the Australian population will be obese. Our study supports previous work which has demonstrated that obesity significantly increases the risk of HF development.

"This meta-analysis adds to the body of evidence supporting the clear link between obesity and HF, the effect of weight on prognosis of HF and the impact of weight loss on cardiac remodelling. We are now conducting a randomised controlled study assessing the impact of intentional weight loss (achieved through dietary intervention and prescribed exercise), in a HF population of obese patients. This will hopefully address the important clinical question of whether intentional weight loss is beneficial in this growing group of patients."

Facebook
Twitter
WhatsApp
Linkedin
Email
Previous articleExercise reduces symptoms of depression and anxiety in people with HIV
Next articleProstate cancer: No need for radiotherapy after surgery

Standardisation needed of newborn bathing practices at US hospitals