HPCSA"s presentation on medical schemes’ role in NHI was 'incoherent' 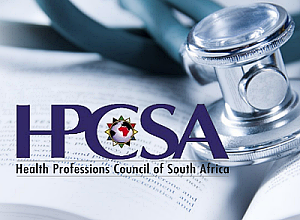 The presentation by the Health Professions Council of SA’s Professor Mbulaheni Nemutandani before last week's Health Portfolio Committee, in which the HPCSA called for the confiscation of R90bn in medical scheme assets, was so astounding that it might have emanated from the Twilight Zone, writes Michael Settas.

Settas, the chair of the Health Policy Unit at the Free Market Foundation, writes:

Professor Mbulaheni Nemutandani's presentation is so incoherent and contradictory one wonders if his rhetoric is more driven by a totalitarian ideology than any clear understanding of what is in the National Health Insurance Bill.

The virtual presentation to the Parliamentary Portfolio Committee on Health stated that the NHI should be the only funding mechanism for health in South Africa but also that “private medical aid schemes may continue to exists [sic] but funded separately over and above tax paid for the NHI”. So, the logical question is which statement does he or the HPCSA intend?

Further on in the slides: “For the NHI to succeed, health must be an exclusive national competence and that any section(s) of the Constitution that militate against this view must be amended.” And then the very next bullet point: “The Medical Schemes Act must also be amended to ensure alignment with the NHI.” Again, which statement should be taken as the HPCSA’s official position on this matter?

On another slide the HPCSA suggests amendments should be made to the NHI Bill, specifically clause 6, that would prevent medical schemes from covering any service that the NHI does not cover, arguing that citizens should only be allowed to cover such services on an out-of-pocket basis.

So, in this parallel universe that the professor and HPCSA are proposing, medical schemes can be like Schrödinger’s cat – they can simultaneously exist, but they also cannot. We move on.

Switching to what the professor stated later verbally in the presentation, he declares: “NHI may never fully be implemented if we do not address this issue of the medical schemes. Our proposal is that the future role of medical schemes will be to offer complementary coverage to services not covered by NHI.” After this point, it was pleasing to hear National Assembly member Tshilidzi Munyai request confirmation of which position the professor was arguing for. The following was the ensuing monologue from Nemutandani:

“The HPCSA wants to put it on record that, for the NHI to work, there should be only one funding mechanism for health in the Republic in South Africa. And it is an essential requisite… a clear pronouncement that it [the NHI] replaces all funding mechanisms for health. And it must be clear that the NHI should be taking over from the medical schemes and all assets that sit under medical schemes must be transferred to the NHI – that is the position of the HPCSA. The NHI Bill must repeal the Medical Aid Scheme [sic] Act, in its entirety, as it has no place in the nationalised, centralised funding for health.”

This official position from the HPCSA amply demonstrates how deeply entranced they are with the government’s overarching socialist ideology that has underpinned these NHI proposals since first mooted in 2009. It is also not the first time a sitting president of the HPCSA has made similarly controversial statements. In 2017, Dr Kgosi Letlape, then HPCSA president, declared that medical schemes were a “crime against humanity” and needed to be abolished.

The HPCSA is a statutory body, with the senior appointments therein made primarily by the minister of health. The same health minister who will exclusively appoint the entire board and executives at the proposed NHI Fund. And the same minister of health who also appoints the board of the Office of Health Standards Compliance – the statutory body that will undertake provider accreditation for the NHI, ie, deciding who will get contracts with the NHI Fund and who will not.

The presentation and commentary made by Nemutandani are so incoherent and contradictory one wonders if his rhetoric is more driven by a totalitarian ideology than any clear understanding of what is in the NHI Bill.

It does provide a sense though that the HPCSA unquestionably endorses that the NHI is the best and only solution for healthcare provision for all citizens in South Africa, cementing the government’s continued desire for ever more control over private assets and commercial arrangements.

The professor’s call for the reserves of medical schemes to be transferred to the NHI is the real clincher in his proposal though. No question or debate from him as to who those reserves belong to – just absolutist assertions that the state is the perfect arbiter of what healthcare will be best for you and that those reserves will be better utilised under government control.

It is estimated that currently R90bn is held collectively in reserves by medical schemes. It is prescribed under legislation that medical schemes must hold at least 25% of their annual contributions in reserves, but nonetheless, these are private assets belonging to medical schemes and their respective members.

For those of us in the healthcare industry who have followed this NHI proposal for the past 12 years, this spectre of the attachment of medical scheme reserves has always been a disquieting prospect. Now it stands officially out in the open from a statutory body, no different in form to the theft proposed under the Expropriation Bill.

From the outset in 2009, the policy process that the NHI has followed has been replete with blatantly false statements and exaggerations in order to fit the narrative that poor public sector health outcomes are caused by private sector resource consumption. For the government, this argument provided the perfect justification for a state-operated monopoly NHI Fund, like one gigantic medical scheme for the whole country, to fix this resource imbalance.

However, research undertaken at the Health Policy Unit of the Free Market Foundation tells us an entirely different story with regards to this supposed resource imbalance.

Despite repeated proclamations from the minister of health of insufficient funding, public health expenditure has increased handsomely for the past 20 years, reaching a level in 2020 that is, when measured in real and per capita terms, more than double what it was in 2000. The alternative argument routinely peddled on this resource imbalance is that the private health sector spends about the same amount as the public sector, but the private sector only covers 16% of the population.

But this narrative always conveniently ignores the fact that the private sector is privately funded – it is not funded by the government. Factually, it is the private sector that funds all healthcare spending in the country. Medical schemes are funded entirely by their members, but it is mostly these members who are also the taxpayers funding public health expenditure.

Yet the narrative from the government – and echoed repeatedly by the HPCSA – remains steadfast that the private sector takes all the doctors and all the funding, which is why NHI must nationalise private health assets to ensure viable health outcomes for the country.

The truth is that public health sector outcomes should be much better than they currently are, especially given the human capital and financial resource bonanza they have received over the past two decades. But, instead, their capacity has been hollowed out by the usual suspects – long-standing cadre deployment and rampant corruption, along with the decline in health standards that have caused public sector medical malpractice liabilities to skyrocket to more than R100bn.

The liability provision has been growing at an average rate of R19bn per annum for the past five years, and if it continues at the same rate for the next five, it will almost equal the entire national health budget.

Instead of focusing on delivery, the government has continued to blame all its health sector woes on the private sector, and in so doing create the false narrative that with more money, via the NHI proposal to nationalise private health assets, the government will magically deliver quality healthcare to all citizens.

The problem is that for the past 20 years it did have more money – a lot more – and it also employed a lot more doctors, but outcomes have not proportionately improved.

So why should anyone now believe that this NHI proposal, to create a monopolised state-run national health system, will be any different to that which is the public health sector today?

HPCSA tells medical schemes to hand all assets to NHI