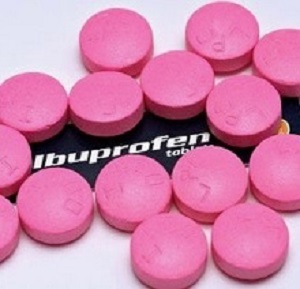 Ibuprofen is associated with increased blood pressure and hypertension compared to celecoxib in patients with osteoarthritis or rheumatoid arthritis and increased risk of cardiovascular disease, according to late-breaking results from the PRECISION-ABPM study presented today in a Hot Line Session at ESC365 Congress 2017.

Nonsteroidal anti-inflammatory drugs (NSAIDs), both non-selective and selective cyclooxygenase-2 (COX-2) inhibitors, are among the most widely prescribed drugs worldwide, but are linked with increased blood pressure and adverse cardiovascular events. Indeed, 19% of the US population use at least one NSAID on a regular basis, including 30m Americans with osteoarthritis, of whom more than 40% also have hypertension.

PRECISION-ABPM a pre-specified four month sub-study of the landmark PRECISION trial, was designed to determine the blood pressure effects of the selective COX-2 inhibitor celecoxib compared to the non-selective NSAIDs naproxen and ibuprofen.
PRECISION-ABPM was a prospective, double-blind, randomised, non-inferiority cardiovascular safety trial. The study was conducted at 60 sites in the US and included 444 patients, of whom 408 (92%) had osteoarthritis and 36 (8%) had rheumatoid arthritis. All patients had evidence of, or were at increased risk for, coronary artery disease.

Patients were randomised in a 1:1:1 fashion to receive celecoxib (100-200 mg twice a day), ibuprofen (600-800 mg three times a day), or naproxen (375-500 mg twice a day) with matching placebos. The primary endpoint was the change from baseline in 24-hour ambulatory blood pressure after four months.

The investigators found that celecoxib decreased the average systolic blood pressure measured over 24 hours by -0.3 mmHg while ibuprofen and naproxen increased it by 3.7 and 1.6 mmHg, respectively. The resulting difference of -3.9 mmHg between celecoxib and ibuprofen was significant (p=0.009).

An additional analysis showed that the percentage of patients with normal baseline blood pressure who developed hypertension5 was 23.2% for ibuprofen, 19.0% for naproxen and 10.3% for celecoxib (odds ratio [OR] 0.39, p=0.004 and OR 0.49, p=0.03 for celecoxib versus ibuprofen and naproxen, respectively).

These results support and extend the findings of the PRECISION trial, demonstrating non-inferiority for the primary cardiovascular outcomes for moderate doses of celecoxib compared with naproxen or ibuprofen.6 These findings may have the greatest clinical significance in the elderly, who have a high prevalence of arthritis and hypertension.

Ruschitzka said: "The current findings suggest that the elevated cardiovascular risk with NSAIDs may be partly due to drug-specific increases in blood pressure. This challenges the widely advocated belief that conventional NSAIDs, like naproxen and ibuprofen, with their higher COX-1 (and thromboxane reducing) effects would provide greater cardiovascular safety than other more COX-2 selective agents, particularly celecoxib."

He concluded: "PRECISION-ABPM clearly demonstrates that NSAIDs, particularly ibuprofen, may be not as safe as previously thought. Patients should continue to consult their doctor before taking NSAIDs or coxibs and clinicians need to weigh the potential hazards of worsening blood pressure control when considering the use of these agents."

Abstract
Aims: Non-steroidal anti-inflammatory drugs (NSAIDs), both non-selective and selective cyclooxygenase-2 (COX-2) inhibitors, are among the most widely prescribed drugs worldwide, but associate with increased blood pressure (BP) and adverse cardiovascular (CV) events. PRECISION-ABPM, a substudy of PRECISION was conducted at 60 sites, to determine BP effects of the selective COX-2 inhibitor celecoxib vs. the non-selective NSAIDs naproxen and ibuprofen.
Methods and results: In this double-blind, randomized, multicentre non-inferiority CV-safety trial, 444 patients (mean age 62 ± 10 years, 54% female) with osteoarthritis (92%) or rheumatoid arthritis (8%) and evidence of or at increased risk for coronary artery disease received celecoxib (100–200 mg bid), ibuprofen (600–800 mg tid), or naproxen (375–500 mg bid) with matching placebos in a 1: 1: 1 allocation, to assess the effect on 24-h ambulatory BP after 4 months. The change in mean 24-h systolic BP (SBP) in celecoxib, ibuprofen and naproxen-treated patients was -0.3 mmHg [95% confidence interval (CI), −2.25, 1.74], 3.7 (95% CI, 1.72, 5.58) and 1.6 mmHg (95% CI, −0.40, 3.57), respectively. These changes resulted in a difference of − 3.9 mmHg (P = 0.0009) between celecoxib and ibuprofen, of − 1.8 mmHg (P = 0.12) between celecoxib and naproxen, and of − 2.1 mmHg (P = 0.08) between naproxen and ibuprofen. The percentage of patients with normal baseline BP who developed hypertension (mean 24-h SBP ≥ 130 and/or diastolic BP ≥ 80 mmHg) was 23.2% for ibuprofen, 19.0% for naproxen, and 10.3% for celecoxib (odds ratio 0.39, P = 0.004 and odds ratio 0.49, P = 0.03 vs. ibuprofen and naproxen, respectively).
Conclusions: In PRECISION-ABPM, allocation to the non-selective NSAID ibuprofen, compared with the COX-2 selective inhibitor celecoxib was associated with a significant increase of SBP, and a higher incidence of new-onset hypertension.