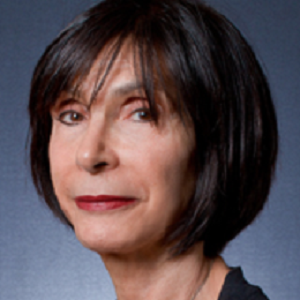 'I have never advised patients to consider delaying chemo or radiation in favour of a ketogenic diet', writes Marika Sboros, responding to Alastair McAlpine's Digital Clubbing column in MedicalBrief.

Your article, Thursday, July 26, The ketogenic diet is no cure for cancer, despite what the cranks say, by Alastair McAlpine refers.

In it, he writes: “South Africa’s own Marika Sboros advised her 10,000 twitter followers to consider ‘deferring’ chemotherapy and try the ketogenic diet instead.'

That is not correct. It is fake news. And as the late US sociologist and diplomat Daniel Patrick Moynihan observed: 'Everyone is entitled to his own opinion but not his own facts.'

“That applies to McAlpine. Like Trump, McAlpine shows symptoms of chronic truth decay and the Rashomon effect (from Kurosawa's brilliant 1950s movie). Here's why:

I have opinions but last time I looked, that's no crime. South Africa has one of the world's most progressive constitutions that guarantees freedom of speech

I have made my opinion on chemotherapy clear on Twitter and in my articles and occasional talks. My opinion is the considered fruits of 40 years of research and interviewing experts on all sides of scientific and medical debates.

My opinion on chemotherapy – and radiation – is that both have their place and are life-saving when used appropriately. When not, they can be life-taking. In other words, chemotherapy and radiation can cause what medical doctors call iatrogenic (doctor-caused) disease, the complications of which can be premature death.

Evidence on the incidence of iatrogenic disease, including chemotherapy and radiation, is robust and currently undisputed.

In February this year, the Noakes Foundation invited me to speak at its Nutrition Network launch. The audience consisted mostly of MDs, dietitians and nutritionists. I felt daunted, half-expected a public lynching.

But they were health professionals and just that – professional, open-minded, and collegial. Many complimented me afterwards and discussed further. All agreed with my opinion (that I'm sticking to) on chemotherapy and its benefit-versus-risk profile.

McAlpine started his lie only after I published an article in Business Day in 2017 and an extended version on Foodmed.net. It went viral and with it, McAlpine's attacks on me. (Viewers can click on the links or search elsewhere to see if I have ever 'advised' patients to delay chemo in favour of ketogenic diets.)

My article is an interview with French Air France pilot Jean-Jacques Trochon on surviving a fast-growing kidney cancer. In it, Trochon explains his decision, as he put it, to 'intelligently delay chemotherapy and radiation' after surgery in 2003 to remove the tumour and kidney.

Trochon took the decision after his own extensive research but crucially (to my mind) with full knowledge and approval of his French oncology team. On his team now is top French renal cancer specialist (and cardiologist) Dr Bernard Escudier.

Escudier is a clinician and researcher at the Gustave Roussy Institute in Paris, Europe's leading cancer referral and research centre. The Institute hosted a groundbreaking international conference on nutrition and cancer at Trochon's instigation in Paris last year that I covered.

Trochon has used a range of complementary methods to manage his cancer, including a ketogenic, very low-carb, high-fat (vLCHF) diet and anti-angiogenesis compounds. Anti-angiogenesis, as the name suggests, covers foods and drugs designed to cut off the new blood supply cancer needs to survive and thrive.

Trochon has also added intermittent fasting to the mix. I have written and tweeted my opinions on all these elements and continue to do so.

At the Paris conference, I interviewed US physician and internal medicine specialist Dr William Li, a world authority on angiogenesis and head of the US-based international Angiogenesis Foundation. Li said that anti-angiogenesis drugs have not lived up to expectations. His focus, therefore, is back on foods and natural compounds.

A contentious debate at the Paris summit (that McAlpine studiously ignores) was conventional cancer treatment's low success rate and crippling cost that has bankrupted patients.

Another speaker was US biology professor at Boston College, Dr Thomas Seyfried. He called cancer 'an industry' that generates 'obscene' profits for stakeholders.

Seyfried is a world authority on the metabolic model of cancer. In 2012, he published what many consider a ground-breaking treatise, Cancer as a Metabolic Disease: On the Origin, Management, and Prevention of Cancer (Wiley, 1st edition, 2012). The model remains controversial though opponents' numbers are dwindling as the evidence grows.

Not surprisingly, since he challenges orthodoxy, Seyfried has faced venomous attack. In his 'column', McAlpine is less than complimentary about Seyfried and the model but then McAlpine is less than complimentary about anyone who dares to challenge orthodoxy and anything other than orthodoxy. (His unsubstantiated attack on the complementary medical discipline of chiropractic on your site refers.)

Seyfried is undeterred by establishment pushback. He memorably told me: 'We should never have to slash, burn and poison patients just to treat their cancer. There are gentler ways.'

I find McAlpine's antipathy towards Seyfried, the metabolic model of cancer and LCHF peculiar. The science is never settled – at least not in the minds of ethical scientists.

And the metabolic model is no thumb-suck, johnny-come-lately. It is based on the work of German physiologist, MD and Nobel laureate Dr Otto Warburg in the 1930s. It is exciting medico-scientific interest at top research institutions globally with compelling evidence behind it.

The model includes ways to make chemo and radiation more effective and less toxic. What self-respecting MD wouldn't want that for patients?

I direct viewers to Tripping Over the Truth: How the Metabolic Theory of Cancer is Overturning One Of the Most Entrenched Medical Paradigms by Travis Christofferson, recently updated with the latest research and a powerhouse review by US physician Dr Michael Eades.

McAlpine also ignores other important research issues. Stanford professor Dr John Ioannidis raised one via video link at a Swiss Re conference I attended in Zurich last month. He published an article on it in PLOS One Medicine in 2005: Why Most Published Research Findings Are False. Ioannidis is scathing and not just about epidemiological (associational) research.

McAlpine also demonstrates the common modus operandi of those who support orthodoxy: cherry-picking data and when all else fails, ad hominem. Ad hominem is a reductionist tactic used to shut down scientific debate by playing the player, not the ball.

McAlpine has been at me again, pushing his column on Twitter with a flurry of screen shots of some of my tweets. None shows me advising patients to consider delaying chemo in favour of keto.

McAlpine clearly can't help himself when disseminating disinformation to discredit those with whom he disagrees. He soldiers on, obsessively conflating my opinions with his alternative facts and view of reality.

But of far more serious concern than his unhealthy obsession with me is McAlpine's behaviour towards colleagues on social media. His ongoing attacks on Professor Tim Noakes on Medical Brief website and elsewhere are an egregious example.

McAlpine regularly breaches the Health Professions Council of South Africa (HPCSA) code of conduct rule that precludes MDs from denigrating the skills of another by name in public. The HPCSA ignores McAlpine's breaches, but then the HPCSA is not exactly a good arbiter of ethical medical conduct. A government task team exposed it as hopelessly corrupt way back in 2015.

It's probably no coincidence that McAlpine's attacks on Noakes and me reached fever pitch after publication in November last year of our book, Lore of Nutrition, Challenging Conventional Dietary Beliefs (Penguin). We document the many doctors and academics who, like McAlpine, regularly breach the HPCSA's code in attacks on Noakes.

Without proof of his claim against me, the ethical thing for McAlpine (and Medical Brief) is to retract his claim and apologise. However, apologising publicly takes courage, integrity and humility.

Given my experience with him thus far, expecting that would be a triumph of hope over experience.

'Digital Clubbing apologises to Marika Sboros for stating that she tweeted that people should consider deferring chemotherapy for the ketogenic diet.

I should have stated, 'Marika Sboros tweeted that her followers should consider intelligently postponing chemotherapy for the ketogenic diet. I regret any confusion caused.

See her tweets below:

2018/04/05:
Marika Sboros:
Hmm. #chemotherapy doesn’t work, says @drpeterglidden. Why do so many doctors still prescribe it. Dr Gladden on the relationship between profits and #cancer in the US. And not just in the US?

2018/02/09:
Marika Sboros:
Honoured to be invited to speak tomorrow at launch of @NoakesF #NutritionNetwork training for doctors and allied health professionals. My topic: role of #LCHF, #keto diets in #cancer treatment…

HAVE NO DATE FOR THIS ONE:

Marika Sboros:
Oh, dear! A bit harsh? 'Better chance of surviving Russian roulette today than #cancer and associated Western treatments…
An reader responds:
Wonderful! Does any clinic in South Africa offer kept + half-dose chemo therapy for cancer.
Marika Sboros replies:
Not that I know of! That’s for the future of #cancer therapy?

2017/06/25:
Marika Sboros responding to a cancer survivor:
#cancer: surviving it can mean ‘intelligently postponing’ orthodox advice and the vested interests on which it based.

2017/11/06
A reader tweets:
@SamueleMarcora rightly calls out people like you who irresponsibly state that cancer patients should ‘intelligently delay' chemo/RT~ in favour of an unproven diet. This cancer survivor thanks him…
Professor Tim Noakes tweets:
Have you ever studied what is the 5-year survival rate for cancers of all kinds treated with current therapies? Ever studied what % of oncologists would follow conventional cancer therapy if they themselves developed cancer? Makes for interesting reading…
Marika Sboros:
Most who slavishly support chemo and radiation for #cancer don’t do this vital research or they ignore it. It’s a common phenomenon called cognitive dissonance. Infects doctors as well as patients. It’s a killer, literally and figuratively.

2017/03/10
Marika Sboros:
Finally! Idea whose time has come: 'Food as medicine no longer fringe idea'
Same applies to those who claim you can't cure/treat #cancer with diet

And from her website:
A remarkable new cookbook, The Ketogenic Kitchen, dishes up a more positive message: the evidence based ‘metabolic model of cancer’ … It gives ingredients for real cure by showing you how not feed cancer cells.

Aug 4th, 2021
Professor Colleen Aldous of the medical school at the University of KwaZulu-Natal, objects to a media “hit...
Letter

Mar 31st, 2021
The Health Professions Council has increased annual registration fees by almost 40% in two years and along...
Letter

Feb 24th, 2021
The latest Critical Skills List released by the Department of Home Affairs last week is notable for the...