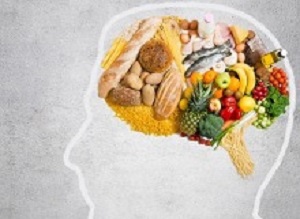 A diet created by researchers at Rush University Medical Centre may help substantially slow cognitive decline in stroke survivors, according to preliminary research presented at the American Stroke Association's International Stroke Conference 2018 in Los Angeles. The findings are significant because stroke survivors are twice as likely to develop dementia compared to the general population.

The diet, known as the MIND diet, is short for Mediterranean-DASH Diet Intervention for Neurodegenerative Delay. The diet is a hybrid of the Mediterranean and DASH (Dietary Approaches to Stop Hypertension) diets. Both have been found to reduce the risk of cardiovascular conditions such as hypertension, heart attack and stroke.

"The foods that promote brain health, including vegetables, berries, fish and olive oil, are included in the MIND diet," said Dr Laurel J Cherian, a vascular neurologist and assistant professor in Rush's department of neurological sciences. "We found that it has the potential to help slow cognitive decline in stroke survivors."

Cherian is the lead author of the study, which was funded by the National Institute of Ageing (grant numbers R01AG054476 and R01AG17917).

Study co-author Dr Martha Clare Morris, a Rush nutritional epidemiologist, and her colleagues developed the MIND diet based on information from years of research about what foods and nutrients have good, and bad, effects on the functioning of the brain. The diet has been associated with reduced Alzheimer's risk in seniors who adhered to its recommendations. Even people who moderately adhered had reduced risk of AD and cognitive decline.

Rush is currently seeking volunteers to participate in the study (www.rush.edu/clinical-trials/effect-weight-loss-diets-brain-health-and-cognitive-decline-study), which aims to show whether a specific diet can prevent cognitive decline and brain changes with age.

To adhere to and benefit from the MIND diet, a person would need to eat at least three servings of whole grains, a green leafy vegetable and one other vegetable every day – along with a glass of wine – snack most days on nuts, have beans every other day or so, eat poultry and berries at least twice a week and fish at least once a week.

The diet also specifies limiting intake of the designated unhealthy foods, limiting butter to less than 1 1/2 teaspoons a day and eating less than five servings a week of sweets and pastries, and less than one serving per week of whole fat cheese, and fried or fast food.

"I was really intrigued by the results of a previous MIND study, which showed that the people who were most highly adherent to the MIND diet cognitively functioned as if they were 7.5 years younger than the least adherent group," Cherian said. "It made me wonder if those findings would hold true for stroke survivors, who are twice as likely to develop dementia compared to the general population."

From 2004 to 2017, Cherian and colleagues studied 106 participants of the Rush Memory and Ageing Project who had a history of stroke for cognitive decline, including decline in one's ability to think, reason and remember. They assessed people in the study every year until their deaths or the study's conclusion, for an average of 5.9 years, and monitored patients' eating habits using food journals.

The researchers grouped participants into those who were highly adherent to the MIND diet, moderately adherent and least adherent. They also looked at additional factors that are known to affect cognitive performance, including age, gender, education level, participation in cognitively stimulating activities, physical activity, smoking and genetics.

The study participants whose diets scored highest on the MIND diet score had substantially slower rate of cognitive decline than those who scored lowest. The estimated effect of the diet remained strong even after taking into account participants' level of education and participation in cognitive and physical activities. In contrast to the results of slower decline with higher MIND diet score, stroke survivors who scored high on the Mediterranean and DASH diets, did not have significant slowing in their cognitive abilities.

"The Mediterranean and DASH diets have been shown to be protective against coronary artery disease and stroke, but it seems the nutrients emphasised in the MIND diet may be better suited to overall brain health and preserving cognition," Cherian said.

According to Cherian, studies have found that folate, vitamin E, omega-3 fatty acids, carotenoids and flavonoids are associated with slower rates of cognitive decline, while substances such as saturated and hydrogenated fats have been associated with dementia.

"I like to think of the MIND diet as a way to supercharge the nutritional content of what we eat. The goal is to emphasize foods that will not only lower our risk of heart attacks and stroke, but make our brains as resilient as possible to cognitive decline," she said.

"Our study suggests that if we choose the right foods, we may be able to protect stroke survivors from cognitive decline." Cherian cautions, however, that the study was observational, with a relatively small number of participants, and its findings cannot be interpreted in a cause-and-effect relationship.

"This is a preliminary study that will hopefully be confirmed by other studies, including a randomised diet intervention study instroke survivors," she says. "For now, I think there is enough information to encourage stroke patients to view food as an important tool to optimise their brain health."

Abstract
Introduction: Stroke survivors are at increased risk of cognitive decline and dementia. Recent studies have shown that the MIND diet (a hybrid of the Mediterranean and Dash diets, with modifications based on the science of nutrition and the brain) slows cognitive decline in the general population, but it is not known whether the diet may also be effective in stroke survivors.
Methods: A total of 106 participants from an observational prospective cohort study with a history of stroke at their baseline enrollment were assessed annually for an average of 4.7 years of follow-up. Participants with baseline dementia, missing or invalid baseline dietary evaluations, or less than two cognitive assessments were excluded. Cognition in five cognitive domains were assessed using structured clinical evaluations that included a battery of 19 cognitive tests. MIND diet scores were computed using a valid food frequency questionnaire. Dietary components of the MIND diet included whole grains, green leafy and other vegetables, berries, beans, nuts, lean meats, fish, poultry, and olive oil and less consumption of regular cheese, butter and sweets. MIND diet scores were modeled in tertiles. Change in global cognitive scores was regressed on baseline MIND score using linear mixed models adjusted for age and other potential confounders.
Results: In the age adjusted model, the top tertile of MIND diet scores versus the lowest tertile was positively associated with a slower rate of global cognitive decline (β = .08; P = .02.) With further adjustment for sex, education, apo-E4, late-life cognitive activity, caloric intake, physical activity, and smoking the association remained unchanged (β = .08; P = .03).
Conclusions: High adherence to the MIND diet was associated with substantially slower rate of cognitive decline in stroke survivors. A dietary intervention trial would be necessary to validate the role of the diet in long-term outcomes for stroke survivors.