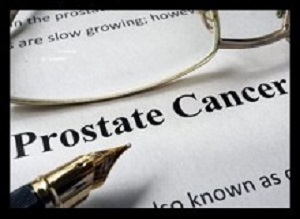 The researchers found that the use of pre-biopsy MRI combined with targeted prostate biopsy was better than a biopsy alone in detecting prostate cancers that are likely to need treatment, despite the differences between the seven individual studies. Using pre-biopsy MRI led to fewer biopsy cores being taken per procedure, which in turn reduced side effects, and may potentially lead to avoiding biopsies for some men.

Taken together, this new evidence supports the use of pre-biopsy MRI in diagnostic pathways for suspected prostate cancer.

Prostate biopsies can cause side effects, and do not always identify the severity of a cancer when it is present. MRI scans are increasingly being used before undertaking a prostate biopsy as part of the clinical pathway to diagnose prostate cancer, but their use isn’t yet widespread in many countries. In the UK, pre-biopsy MRI has recently been recommended by the National Institute for Health and Care Excellence (NICE).

The researchers looked at existing research in this area, focusing on men who had never had a prostate biopsy before.

Professor Richard Bryant, an academic consultant urologist at the Nuffield department of surgical sciences at Oxford University and one of the authors of the paper, said: “This research adds to the growing body of evidence that targeting biopsies through pre-biopsy MRI, in men being checked for possible prostate cancer, leads to a more accurate sampling of the prostate gland. It could also potentially lead to fewer biopsies and less chance of a misleading biopsy result, through better initial sampling.

“Whilst there are obviously benefits for men to have a prostate biopsy if indicated, so that we can diagnose and then treat clinically significant prostate cancer, if we can reduce the potential side effects and increase the accuracy of the initial biopsy procedure, then that will be better for patients.”

Dr Martha Elwenspoek, research associate at the NIHR Collaboration for Leadership in Applied Health Research and Care West (NIHR CLAHRC West) and the University of Bristol, said: “Our findings suggest that using an MRI to guide prostate biopsies is superior to performing a biopsy alone. This is increasingly used in the UK but isn’t yet common practice in many other countries. However, our work shows that this approach is better at detecting cancer that requires treatment, while also potentially avoiding some unnecessary biopsy procedures.

“This chimes with the findings of another recent paper looking at this issue.”

Abstract
Importance: The current diagnostic pathway for patients with suspected prostate cancer (PCa) includes prostate biopsy. A large proportion of individuals who undergo biopsy have either no PCa or low-risk disease that does not require treatment. Unnecessary biopsies may potentially be avoided with prebiopsy imaging.
Objective: To compare the performance of systematic transrectal ultrasonography–guided prostate biopsy vs prebiopsy biparametric or multiparametric magnetic resonance imaging (MRI) followed by targeted biopsy with or without systematic biopsy.
Data Sources: MEDLINE, Embase, Cochrane, Web of Science, clinical trial registries, and reference lists of recent reviews were searched through December 2018 for randomized clinical trials using the terms “prostate cancer” and “MRI.”
Study Selection: Randomized clinical trials comparing diagnostic pathways including prebiopsy MRI vs systematic transrectal ultrasonography–guided biopsy in biopsy-naive men with a clinical suspicion of PCa.
Data Extraction and Synthesis: Data were pooled using random-effects meta-analysis. Risk of bias was assessed using the revised Cochrane tool. Preferred Reporting Items for Systematic Reviews and Meta-analyses (PRISMA) guidelines were followed. All review stages were conducted by 2 reviewers.
Main Outcomes and Measures: Detection rate of clinically significant and insignificant PCa, number of biopsy procedures, number of biopsy cores taken, and complications.
Results: Seven high-quality trials (2582 patients) were included. Compared with systematic transrectal ultrasonography–guided biopsy alone, MRI with or without targeted biopsy was associated with a 57% (95% CI, 2%-141%) improvement in the detection of clinically significant PCa, a 33% (95% CI, 23%-45%) potential reduction in the number of biopsy procedures, and a 77% (95% CI, 60%-93%) reduction in the number of cores taken per procedure. One trial showed reduced pain and bleeding adverse effects. Systematic sampling of the prostate in addition to the acquisition of targeted cores did not significantly improve the detection of clinically significant PCa compared with systematic biopsy alone.
Conclusions and Relevance: In this meta-analysis, prebiopsy MRI combined with targeted biopsy vs systematic transrectal ultrasonography–guided biopsy alone was associated with improved detection of clinically significant PCa, despite substantial heterogeneity among trials. Prebiopsy MRI was associated with a reduced number of individual biopsy cores taken per procedure and with reduced adverse effects, and it potentially prevented unnecessary biopsies in some individuals. This evidence supports implementation of prebiopsy MRI into diagnostic pathways for suspected PCa.