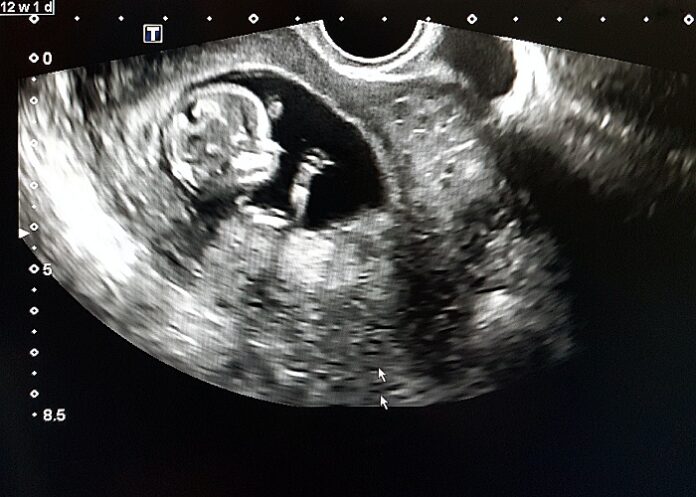 An article in The New York Times that focused on the supposedly flawed nature of prenatal DNA testing was full of inaccuracies, writes Ellen Matloff, a medical scientist who is CEO of a US digital health company, in Forbes.

There are many tests that expectant parents and their clinicians can use during pregnancy to determine if the foetus may have a difference in chromosome number (greater or fewer than the typical 46 chromosomes) or structure. Some of these tests are screening tests, and some are diagnostic tests. The key word in this discussion, which was mainly missing from The New York Times pieces, is “screening”. In an imperfect analogy, think about the screening you experience every time you board an airplane. You walk through a detector and your carry-on bags are scanned to determine if you are bringing anything on board that is not allowed. That is the screening.

If the detector beeps, you move to the next phase of detection in which you are patted down, a wand is used, or your bags are opened and searched. That is akin to diagnostic testing. Often the diagnostics shows that we forgot to remove our phone or a belt buckle – that does not mean that the screening was wrong. The screening did its job. It screened out a person who required further study.

For many years there were only diagnostic tests available to detect chromosomal abnormalities: amniocentesis (“amnio”) and chorionic villus sampling (CVS). These tests were generally offered to pregnant women 35 or older at delivery because they are statistically at higher risk to have a foetus with Down syndrome and other chromosome disorders.

During an amnio, a needle is inserted through the abdominal wall into the uterus to extract a few teaspoons of the amniotic fluid surrounding the foetus. From this fluid, cells that the foetus has sloughed off during development are collected. During a CVS, a sample of the placenta is removed through the cervix or abdomen. With both amnio and CVS, testing is done to determine how many chromosomes are present in the foetus. These tests are highly accurate and diagnostic, but are also invasive and associated with some risks, including a small (<1%) risk of miscarriage.

Over time, non-invasive screening studies were developed that were easier and safer for pregnant patients. Early versions of these screens involved taking a blood sample from the pregnant womanʼs arm and using biochemical markers from the serum to estimate the chance that the foetus had a chromosome abnormality or specific birth defects. If the screen showed increased risk, these pregnancies then qualified for diagnostic testing, such as amnio or CVS. These screening studies improved and should be offered to all pregnant women.

Notably, more accurate technology, called cell-free DNA screening, also referred to as non-invasive prenatal screening (NIPS), was developed that could detect pieces of placental/foetal DNA in the maternal serum from a simple blood draw. NIPS is still a screening (not diagnostic) test, but because it analyses DNA from the pregnancy, it is more reliable for determining risk of a chromosome abnormality than the older serum testing that looked at biochemical markers alone. In fact, NIPS is highly accurate in screening for extra chromosomes, as seen in conditions such as Down syndrome.

As noted in The New York Times article, NIPS is less reliable at pinpointing other rare findings, such as microdeletions and microduplications (meaning that a small piece of a chromosome is missing or duplicated). In fact, for microdeletions the technology is non-specific enough that most people who come back with a high-risk screen will in fact not have a foetus with that syndrome.

Screening studies, which are utilised across all areas of medicine, are designed to screen many patients to find a small number of people at increased risk. Screening is not diagnostic testing.

Even though screening and diagnostic testing are not synonymous, the terms were conflated throughout The NY Times article and the podcast. The importance of this error cannot be overemphasised. Both repeatedly stated that NIPS results were “wrong” if the diagnostic test did not reflect the same finding as the screening tool.

This blunder was repeated throughout the article, the podcast, and in the title of both. The authors claimed that genetic counsellors say that “doctors may not understand how poorly the tests work.”

These screening tools do not work poorly, however, if the clinician and patient understand how they are to be used and interpreted. Patients must receive accurate information before they have NIPS. That counselling must include the fact that NIPS is not intended to detect foetal sex, which attracts many people to this technology, but as a screening tool to determine if that pregnancy may warrant additional diagnostic testing due to the increased risk of a genetic condition.

The genetic counsellors I interviewed for this article, who specialise in reproductive genetics and prenatal testing, had a different take on this subject from those who were cited in this article. One counsellor felt it unfortunate that The New York Times chose to highlight only the experiences of patients with a “false positive” screen, without examining the performance improvement NIPS offers over previous versions of prenatal screening. Another clinical prenatal genetic counsellor, Carly Bennett, points out that improvements in NIPS have led to an overall decrease in invasive, diagnostic testing.

Another genetic counsellor highlighted the recommendations of  the American College of Obstetricians and Gynaecologists that  pre-and post-test counselling is essential for any form of prenatal genetic evaluation, be it a screening or diagnostic procedure. The authors of the New York Times article noted that there arenʼt enough certified genetic counsellors to see every pregnant patient both before and after screening and testing.

This is true. But we can encourage the use of telehealth genetic counsellors and digital tools that multiply their reach, so that accurate information about what to expect from a screening tool is available to every patient and every clinician, and that patients with a positive screen or test have immediate access to accurate genetic counselling information.

Certified genetic counsellor Amanda Luedecke pointed out that collecting accurate outcome data on all patients who have an abnormal screen is challenging and laboratories often cannot collect that information. For that reason, the outcome data presented may be incomplete and inaccurate. Luedecke also said that patients who do receive an abnormal screen may then be candidates for insurance coverage of additional ultrasounds. For example, such ultrasounds are more likely to identify heart defects, if present, allowing the patient the opportunity to meet a paediatric cardiologist and to deliver in a centre with a paediatric surgeon, if necessary.

For patients who are confirmed to have a foetus with an abnormal finding, they have the option of termination, or continuing the pregnancy understanding their future childʼs diagnosis and utilising early intervention services immediately, thus maximising their potential. These families can also be counselled whether the condition is, or is not, hereditary – allowing them to understand their chance of having another child with the same condition.

The authors of this article did shine a light on several topics that are worthy of examination. However, the repeated use of inflammatory language detracted from their objective. For example, the comparison of this technology in any manner to that of Theranos was inappropriate, given the hundreds of peer-reviewed articles published on the core technology supporting NIPS. The fact that the Theranos founder was just found guilty on four counts of fraud makes this reference even more egregious.

Nevertheless, we should examine the following important issues with care: What is the screening threshold that must be reached before a screening tool is marketed and released for clinical use? Given the limitations of NIPS in certain areas, like microdeletions, should more published data be required before roll-out? And is it unfair to alarm many expectant parents to find a few genetic diagnoses? Are companies being incentivised to release screening tools before they are ready because they are collecting a lot of money from insurance companies to do so? Is the marketing being used by these companies accurate or deceptive? Should these areas be more tightly regulated? These are all questions very much worth asking. As another genetic counsellor pointed out, we should also be examining health equity access in reproductive genetics.

Are these screening tools, and the follow-up diagnostic testing that may be needed, being offered to all groups of pregnant patients, or mainly the white and the wealthy? Are patients ending up with large bills they didnʼt agree to after NIPS and follow-up diagnostics?

In closing, when patients and their clinicians understand NIPS and it is used and interpreted accurately, this technology can be incredibly helpful to the families who want information about whether their foetus may have a chromosome abnormality.

Certified genetic counsellors can and should be used to help patients and their clinicians understand NIPS, and are available in person, via telehealth, and through digital tools that are scalable and affordable.

Prenatal DNA testing is booming. Many tests are wrong 90% of the time