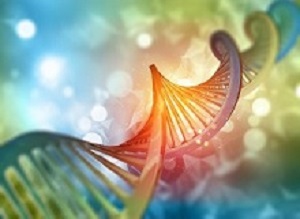 People at high risk of a heart attack in adulthood could be spotted much earlier in life with a reasonably inexpensive,  one-off DNA test, according to research funded, among others, by the British and Australian heart foundations.

research part-funded by the British Heart Foundation. An international team led by researchers from the University of Leicester, University of Cambridge and the Baker Heart and Diabetes Institute in Australia used UK Biobank data to develop and test a powerful scoring system, called a Genomic Risk Score (GRS) which can identify people who are at risk of developing coronary heart disease prematurely because of their genetics.

Genetic factors have long been known to be major contributors of someone’s risk of developing coronary heart disease – the leading cause of heart attacks. Currently, to identify those at risk, doctors use scores based on lifestyle and clinical conditions associated with coronary heart disease such as cholesterol level, blood pressure, diabetes and smoking. But these scores are imprecise, age-dependent and miss a large proportion of people who appear ‘healthy’, but will still develop the disease.

The ‘big-data’ GRS technique takes into account 1.7m genetic variants in a person’s DNA to calculate their underlying genetic risk for coronary heart disease. The team analysed genomic data of nearly half a million people from the UK Biobank research project aged between 40-69 years. This included over 22,000 people who had coronary heart disease.

This showed that the genes which increase the risk of coronary heart disease don’t simply work by elevating blood pressure or cholesterol, for example.

In fact, men who appeared healthy by current NHS health check standards but had a high GRS were just as likely to develop coronary heart disease as someone with a low GRS and two conventional risk factors such as high cholesterol or high blood pressure. These findings help to explain why people with healthy lifestyles and no conventional risk factors can still be struck by a devastating heart attack.

Crucially, the GRS can be measured at any age including childhood as DNA does not change. This means that those at high risk can be identified much earlier than is possible through current methods and can be targeted for prevention with lifestyle changes and, where necessary, medicines. The GRS is also a one-time test and with the cost of genotyping to calculate the GRS now less than £40 GBP ($50 USD) it is within the capability of many health services to provide.

Senior author Professor Sir Nilesh Samani, professor of cardiology in the University of Leicester’s department of cardiovascular sciences and medical director at the British Heart Foundation said: “At the moment we assess people for their risk of coronary heart disease in their 40’s through NHS health checks. But we know this is imprecise and also that coronary heart disease starts much earlier, several decades before symptoms develop. Therefore if we are going to do true prevention, we need to identify those at increased risk much earlier.

“This study shows that the GRS can now identify such individuals. Applying it could provide a most cost effective way of preventing the enormous burden of coronary heart disease, by helping doctors select patients who would most benefit from interventions and avoiding unnecessary screening and treatments for those unlikely to benefit.”

Lead author Dr Michael Inouye, of the Baker Heart and Diabetes Institute and University of Cambridge said: "The completion of the first human genome was only 15 years ago. Today, the combination of data science and massive-scale genomic cohorts has now greatly expanded the potential of healthcare.

“While genetics is not destiny for coronary heart disease, advances in genomic prediction have brought the long history of heart disease risk screening to a critical juncture, where we may now be able to predict, plan for, and possibly avoid a disease with substantial morbidity and mortality."

Abstract
Background: Coronary artery disease (CAD) has substantial heritability and a polygenic architecture. However, the potential of genomic risk scores to help predict CAD outcomes has not been evaluated comprehensively, because available studies have involved limited genomic scope and limited sample sizes.
Objectives: This study sought to construct a genomic risk score for CAD and to estimate its potential as a screening tool for primary prevention.
Methods: Using a meta-analytic approach to combine large-scale, genome-wide, and targeted genetic association data, we developed a new genomic risk score for CAD (metaGRS) consisting of 1.7 million genetic variants. We externally tested metaGRS, both by itself and in combination with available data on conventional risk factors, in 22,242 CAD cases and 460,387 noncases from the UK Biobank.
Results: The hazard ratio (HR) for CAD was 1.71 (95% confidence interval [CI]: 1.68 to 1.73) per SD increase in metaGRS, an association larger than any other externally tested genetic risk score previously published. The metaGRS stratified individuals into significantly different life course trajectories of CAD risk, with those in the top 20% of metaGRS distribution having an HR of 4.17 (95% CI: 3.97 to 4.38) compared with those in the bottom 20%. The corresponding HR was 2.83 (95% CI: 2.61 to 3.07) among individuals on lipid-lowering or antihypertensive medications. The metaGRS had a higher C-index (C = 0.623; 95% CI: 0.615 to 0.631) for incident CAD than any of 6 conventional factors (smoking, diabetes, hypertension, body mass index, self-reported high cholesterol, and family history). For men in the top 20% of metaGRS with >2 conventional factors, 10% cumulative risk of CAD was reached by 48 years of age.
Conclusions: The genomic score developed and evaluated here substantially advances the concept of using genomic information to stratify individuals with different trajectories of CAD risk and highlights the potential for genomic screening in early life to complement conventional risk prediction.