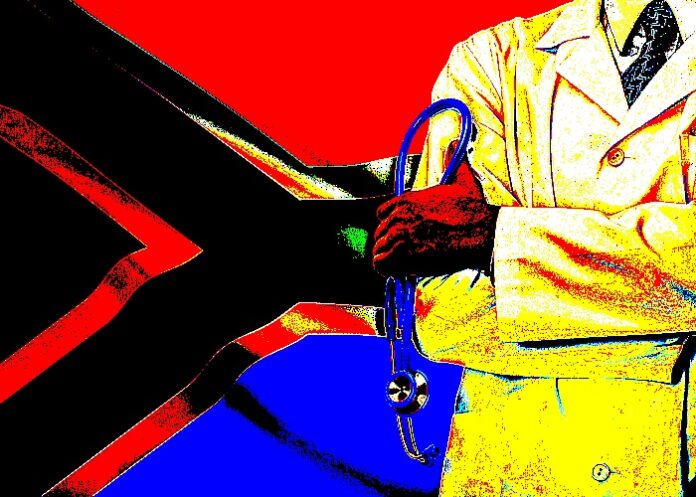 The parliamentary Portfolio Committee on Health heard starkly divergent views on the likely effect of the National Health Insurance (NHI) Bill, writes MedicalBrief. The SA Communist Party and Congress of SA Trade Unions said NHI would reduce health inequities and quality, could easily be funded through additional taxation, and would curb the private healthcare sector’s “excessive profits & greed”. In contrast, Afriforum said NHI would increase inequities and decrease quality, would be unaffordable and would destroy private healthcare.

Virtually the only area of accord was that all three organisations agreed that the present state healthcare system was riddled with corruption and maladministration. Cosatu described public health care as “dysfunctional and poor quality”. The SACP said the public system was characterised by “corporate state capture and corruption, and neoliberal austerity”.

Cosatu said that the “major contentious issue” was the capability of state to manage the NHI Fund and protect it from “unethical and unlawful practices”. The SACP said that as the the major procurer of services, “we should anticipate that the NHI Fund will be a prime target of forces of corporate capture and corruption in all its shapes and colours. The Fund must have inbuilt mechanisms to fight corruption. This should include efforts to ensure greater transparency and accountability.”

Cosatu urged the committee to ignore the “doom and gloom projections driven by the vested interests of the health care industry’s excessive profits and greed”. It was a sector “marked by unaffordable prices, maldistribution of providers and facilities, over-servicing, perverse incentives and lack of accountability”.

It said that it welcomed the proposal that medical schemes would be able only to offer complementary services not covered by the Fund. Medical schemes, said Cosatu, meant rampant medical aid contribution increases that “erode workers’ wages and their ability to care for their families”, as well as compromising the right to health with the “requirement for large co-payments synonymous with medical aid schemes”.

“High monthly payments for medical schemes do not sustain health needs of users for much of the year and exacerbate access to quality health care,” Cosatu said.

The SACP said in its presentation that public health could not be transformed without transforming private health care. “This is not the time to tinker with the present two-tiered system.”

South African “detractors” of the NHI were part of a global pattern. “Progressive forces have always faced relentless resistance from those who stand to benefit from the status quo – mainly those who prioritise profits over health.”

‘While some of the NHI detractors claim to support the principles of universal health coverage and social solidarity, so far there is little evidence of any concrete, detail and costed proposal, alternative the NHI Bill,” said the SACP.

Cosatu warned that the NHI should not come at a further cost for the countryʼs workers. The NHI must be funded via:

General national revenue will play a key role in financing NHI and additional funding mechanisms would be needed over and above the tax hikes, said Cosatu. “The tax net will need to be expanded and made more progressive and new taxes targeted at the wealthy.”

Additional funding should come from “a progressive earmarked tax levied not only on wages of the wealthy but also income from financial assets and investments”; a “wealth tax” on inheritance and estate duties as well as on luxury imports; tax on currency transactions, and tax on financial transactions.

In its presentation, civil society group AfriForum rejected outright the proposed introduction of the NHI, predicting that it would lead to the nationalisation and monopolisation of the health sector, as well as the elimination of private medical funds. While it agreed that South Africa’s healthcare system needed reform, NHI was not the way to achieve this, it said.

In its oral presentation, Reiner Duvenage, Campaigns Officer: Strategy and Content at AfriForum, said that the government’s track record vis-à-vis the management of state-owned companies such as SAA, Transnet and Eskom inspired “zero confidence” that the NHI would be managed any differently.

Systemic corruption and a lack of will to end it was such that it would “bleed NHI system dry”. Estimates were that South Africa lost more than R1.5 trillion to corruption between 2014–2019 alone. The recent looting of Covid-19 relief funds meant that more than one out of every two rand spent were stolen, while 62% of contracts found to be irregular.

Afriforum said that there was as yet “no realistic estimate” of what NHI will cost and no money to pay for the project:

NHI would spell the end of the medical aid industry, with the state becoming the sole purchaser of healthcare, and competition being driven rout of the health marketplace. Yet the state relied heavily on the private medical aid industry since it did not have the financial and human resources to provide for the healthcare needs of all South Africans, Afriforum said. To illustrate this point, private medical facilities provide large numbers of hospital beds across the country, employ hundreds of thousands of South Africans, and contribute greatly to tax income.

“The government is using NHI as way of garnering votes from poor South Africans, who have legitimate grievances regarding the quality of healthcare in South Africa. However, NHI will not solve these problems. On the contrary, it will lessen the total access to quality health care by destroying the private health care sector,” said Duvenhage.

“NHI is a project for which the true costs and service needs are completely unknown, but despite this, is still being foisted on the already over-burdened taxpayer. By looking at the track record of state-owned monopoly enterprises, NHI will be severely burdened by corruption, excessive bureaucracy, mismanagement and inefficiency,” he said.


This is a free-to-use MedicalBrief article produced under Creative Commons Licence.
We ask republishers only that they acknowledge MedicalBrief as the source and if possible link to the original article.