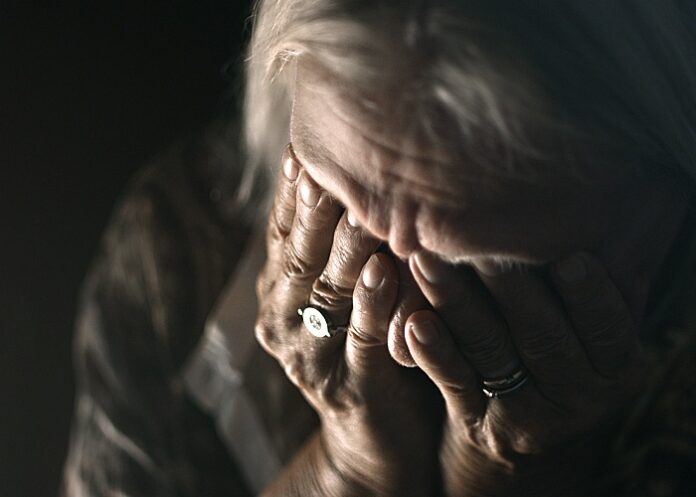 The latest edition of the American Psychiatric Association’s definitive diagnostic manual, DSM-5, published this week, lists a controversial new condition: Prolonged Grief Disorder (PGD), writes MedicalBrief. While this opens the way for treatment under medical insurance, the move has been criticised for labelling a basic human emotion a disorder.

After more than a decade of argument, the decision marks an end to a long debate within the field of mental health, steering researchers and clinicians to view intense grief as a target for medical treatment, at a moment when many worldwide have been overwhelmed by loss. According to the APA, typically, the bereaved individual experiences an intense yearning for or preoccupation with the deceased person — so much so that their reactions to the loss preoccupy them almost every day for at least a month.

The APA lists the symptoms of PGD as:

The new diagnosis, prolonged grief disorder, was designed to apply to a narrow slice of the population who are incapacitated, pining and ruminating a year after a loss, and unable to return to previous activities, writes The New York Times.

It will most likely open a stream of funding for research into treatments – naltrexone, a drug used to help treat addiction, is currently in clinical trials as a form of grief therapy – and set off a competition for approval of medicines by the US Food and Drug Administration (FDA).

Since the 1990s, a number of researchers have argued that intense forms of grief should be classified as a mental illness, saying that society tends to accept the suffering of bereaved people as natural and that it fails to steer them toward treatment that could help.

A diagnosis, they hope, will allow clinicians to aid a part of the population that has, throughout history, withdrawn into isolation after terrible losses.

“They were the parents who never got over it, and that was how we talked about them,” he said. “Colloquially, we would say they never got over the loss of that child.”

Throughout that time, critics of the idea have argued vigorously against categorising grief as a mental disorder, saying that the designation risks pathologising a fundamental aspect of the human experience. They warn that there will be false positives – grieving people told by doctors that they have mental illnesses when they are actually emerging, slowly but naturally, from their losses.

And they fear grief will be seen as a growth market by drug companies that will try to persuade the public that they need medical treatment to emerge from mourning.

“I completely, utterly disagree that grief is a mental illness,” said Joanne Cacciatore, an associate professor of social work at Arizona State University who has published widely on grief, and who operates the Selah Carefarm, a retreat for bereaved people.

“When someone who is a quote-unquote expert tells us we are disordered and we are feeling very vulnerable and feeling overwhelmed, we no longer trust ourselves and our emotions,” she said. “To me, that is an incredibly dangerous move, and short sighted.”

The NYT quotes Filipp Brunshteyn, whose 3-year-old daughter died after a car accident in 2016, saying grieving people could be set back by the message that the new psychiatric diagnosis sends. “Anything we inject into this journey that says, ‘that’s not normal,’ that could cause more harm than good. You are already dealing with someone very vulnerable, and they need validation.”

The origins of the new diagnosis can be traced back to the 1990s, when Holly Prigerson, a psychiatric epidemiologist, was studying a group of patients in late life, gathering data on the effectiveness of depression treatment.

She noticed something odd: in many cases, patients were responding well to antidepressant medications, but their grief, as measured by a standard inventory of questions, was unaffected, remaining stubbornly high. When she pointed this out to psychiatrists on the team, they showed little interest.

“Grief is normal,” she recalls being told. “Weʼre psychiatrists, and we donʼt worry about grief. We worry about depression and anxiety.” Her response was, “Well, how do you know thatʼs not a problem?”

Prigerson set about gathering data. Many symptoms of intense grief, like “yearning and pining and craving”, were distinct from depression, she concluded, and predicted bad outcomes like high blood pressure and suicidal ideation.

Her research showed that for most people, symptoms of grief peaked in the six months after the death. A group of outliers – she estimates it at 4% of bereaved individuals – remained “stuck and miserable”, she said, and would continue to struggle with mood, functioning and sleep over the long term.

In 2010, when the American Psychiatric Association proposed expanding the definition of depression to include grieving people, it provoked a backlash, feeding into a broader critique that mental health professionals were overdiagnosing and overmedicating patients.

“Youʼve got to understand that clinicians want diagnoses so they can categorise people coming through the door and get reimbursement,” said Jerome Wakefield, a professor of social work at New York University. “That is a huge pressure on the DSM.”

Still, researchers kept working on grief, increasingly viewing it as distinct from depression and more closely related to stress disorders, like post-traumatic stress disorder. Among them was Dr Katherine Shear, a psychiatry professor at Columbia University, who developed a 16-week programme of psychotherapy that draws heavily on exposure techniques used for victims of trauma.

By 2016, data from clinical trials showed that Shearʼs therapy had good results for patients suffering from intense grief, and that it outperformed antidepressants and other depression therapies. Those findings bolstered the argument for including the new diagnosis in the manual, said Appelbaum, who is chair of the committee in charge of revisions to the manual.

In 2019, Appelbaum convened a group that included Shear, of Columbia, and Prigerson, now a professor at Weill Cornell Medical College, to agree on criteria that would distinguish normal grief from the disorder.

The most sensitive question of all was this: how long is prolonged?

Though both teams of researchers felt that they could identify the disorder six months after a bereavement, the APA “begged and pleaded” to define the syndrome more conservatively – a year after death – to avoid a public backlash, Prigerson said.

“I have to say that they were kind of politically smart about that,” she added. The concern was that the public was “going to be outraged, because everyone feels because they still feel some grief. Even if itʼs their grandmother at six months, they are still missing them,” she said. “It just seems as if youʼre pathologising love.”

Measured at the year mark, she said, the criteria should apply to around 4% of bereaved people.

The New York Times article – How long should it take to grieve? Psychiatry has come up with an answer (Restricted access)

'Complicated grief' can be treated, but … it's complicated

'I’m afraid I have some bad news…'