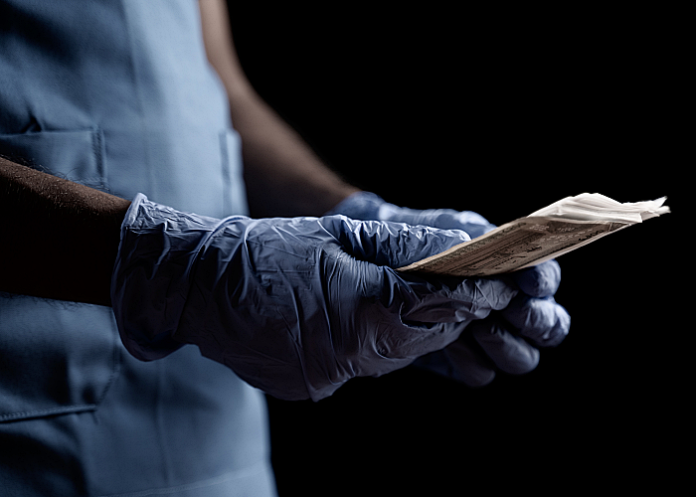 Collusion between legal practitioners – including the State Attorney’s Office – medical staff, politicians and administrators has resulted in the government being defrauded of billions of rands, especially in medical negligence matters, concludes a study by academics from Mangosuthu University of Technology and Stellenbosch University, reports MedicalBrief. South Africa’s legal profession is in an “ethical crisis, though some may deny it”, write the authors.

Meanwhile, Associate Professor William Gumede of the University of the Witwatersrand’s School of Governance, told the recent Law Society of South Africa’s AGM that the legal profession was “systemically corrupt” and “a key enabler” of state capture. He said there was an urgent need for an inquiry into the profession’s conduct.

The study, in Frontiers in Public Health Journal, previously unreported in South Africa, was published late last year and is co-authored by Mangosuthu University of Technology’s Professor Evangelos Mantzaris and Professor Pregala Pillay from Stellenbosch University. It outlines how, against a backdrop of a decade of “state capture” billions of rands have been lost via legal syndicates acting in collusion with public and private health care sector officials and managers.

Despite claims from the leadership of the Law Society that cabinet ministers, who asked for an investigation into private legal firms and the state’s attorneys, were being “opportunists” in claiming attorneys might have used illegal acts to defraud the government of at least R80bn over a period of years., the Society’s defence was on “shaky grounds”. The empirical evidence and numbers, write the authors, “contradict the generalisations of the highest echelons of the Law Society … [and] also raise questions about the investigating methods of regional law associations” in the manner with which they have dealt with the “flood of complaints” from health authorities and many citizens.

It was clear that the global perception of the “common denominator” of what characterised a legal person in public or private practice, that of being “honest, reliable, accountable – a person of integrity” did not hold true in South Africa, they write. “Over the past few years, there has been a realisation that there is an ethical crisis in South Africa’s legal profession, although some will deny it.”

While attorneys and their collaborators have abused existing human resources and organisational weaknesses in the Health Department system over the years, the study said recent exposure of the direct and indirect involvement of legal staff in the State Attorney’s office in collusion with private lawyers in the looting of state coffers and budgets provides new direction to the fight against corruption.

“The office’s key task is to provide honest, fair, well-researched and informed, accountable and transparent legal advice to all national and provincial government departments. A senior department of health administrator, with many years of experience, queried the role of the state’s attorneys by pinpointing the fact that for a long time, it was known that the state’s attorneys did not file court papers in time, did not attend seriously to litigation matters against the department, colluded with private lawyers and mediators, and were instrumental in settling out-of-court exorbitant financial demands, even when they themselves had defended such cases as their position required."

The study found that “syndicates” operated either alone or in collaboration with corrupt officials. This was made easy by the mismanagement and maladministration at national and provincial offices and the silence of whistleblowers.

“There have also been reports pinpointing the shedding of light on several collaborative corrupt operations already in existence due to the collusion of private law firms with the state’s attorneys in several elaborate scams that defraud health and other departments purposely, through state attorneys strategically losing cases or settling out of court and sharing the payouts.

“The corrupt operations were based on what has been alleged to be collusions between officials from the office of the State Attorney and private legal practitioners, who collaborated in utilising fictitious or real litigants to defraud the state through several existing avenues,” according to the the study.

They write that ‘spotters’ are used in hospitals and clinics to steal patients' documents, selling them to lawyers who then institute claims. Often the claimants themselves have no knowledge of the claims in their own name.

“It took at least 3 years of such acts to convince the Department of Health to employ two private legal firms as investigators of the claims' authenticity. When local firms that have claimed realised this, they immediately withdrew cases worth R75m.

“It has been confirmed that a significant number of private legal firms advertised their services in hospitals through pamphlets and mediators, through mostly medical staff and nurses, whose ‘job’ is to convince those with medical problems to choose specific attorneys. There have been many cases where medical practitioners in public hospitals colluded with law firms by handing them patient files.”

The study cited several cases of fraudulent medical negligence claims, including one of a 19-year-old, whose lawyer claimed R25m for him, alleging he had cerebral palsy when he did not. Another claim was for R70m for a botched circumcision that never took place.

“Over the years, the networks to be investigated have been involved in hundreds of cases that are lost or settled out of court without proper scrutiny of the facts and details, and involve several networks, sections, offices, groups and individuals, they write.

“The diverse nature of legal corruption is evident from the direct participation of MECs of provincial Health Departments for many years leading to financial crises of their department due to senior politicians and administrators favouring particular legal firms against the dictates of key legislation against corruption such as the Public Finance Management Act (PFMA).

“Such dishonourable relations led to deadly tragedies such as the Life Esidimeni tragedy where at least 144 psychiatric patients died that led to legal firms' bills while simultaneously undergoing a professional assessment by the Gauteng Province Law Society. Such realities point to the fact that several senior politicians had created a ‘closed circle’ with legal firms. I

“n the continuing process of the state's awarding of a R1.2m pay-out for each of the 135 claimants of the Life Esidimeni tragedy the article has shown that the provincial Health Department had to deal with fresh legal cases led and manipulated by legal syndicates. Such planned legal initiatives were in addition to more than 2,317 cases for “medical negligence” against the Gauteng Health Department.

“Such facts have been the creation of legal professionals who have taken advantage of gaps and alliances in to enrich themselves both immorally and illegally and immorally through their relationships with politicians, administrators as well as medical or nursing staff. Such collaborations and initiatives pale into insignificance when compared to the exposure of the direct and indirect involvement of legal persons in the Office of the State Attorney in collusion irregularities with private law firms in the looting of the state coffers and budgets.

“Many research-based cases have shown conclusively that corrupt realities indicate clearly that the corruption cycle cannot consist of private law firms and state attorneys only, especially in relation to “medical negligence cases” facing a number of provincial Health Departments.”

They conclude, “On many occasions, the corrupt in the public sector operate with disdain for their political leaders (who in turn neglect the responsibility of oversight). Arrogant disregard and recklessness for decisions made in the looting process are the order of the day. Evidently the actions of such unscrupulous public servants are shielded regularly from the expected repercussions of their corruption by protective politicians or their public or private institutions or professional associations.

“The existence of legal and regulatory frameworks, mechanisms protecting the state and citizens against corruption and its repercussions, has not guaranteed that culprits and guilty parties face the consequences of their actions. This is due to several reasons including lack of accountability, crises in leadership, inept supervision, and political oversight.”