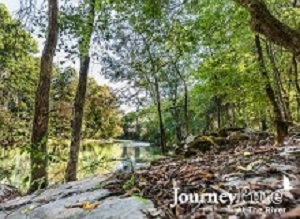 A reluctant evolution is taking place in residential drug treatment for opioid addiction. In The New York Times, Abby Goodnought takes a look at one American centre’s wary shift.

Just past a cemetery along a country road, an addiction treatment center called JourneyPure at the River draws hundreds of patients a month who are addicted to opioids and other drugs. They divide their days between therapy sessions, songwriting, communing with horses and climbing through a treetop ropes course. After dinner, they’re driven into town in white vans for 12-step meetings.

It is a common regimen at residential treatment programmes, but as the opioid epidemic persists, JourneyPure is evolving. Though its glossy website doesn’t mention it, the company is ramping up its use of medications to blunt the torturous withdrawal symptoms and cravings that compel many with opioid addiction to keep using. There is substantial evidence backing this approach, which is supposed to be used in tandem with therapy. But because two of the three federally approved medicines are opioids themselves, it is spurned by people who believe taking drugs to quit drugs is not real recovery.

Addiction experts say such resistance is obstructing efforts to reduce overdose deaths and help addicted Americans get their lives back on track, even as many drain their savings or go into debt paying for repeated stints in residential rehab. Two-thirds of the patients admitted to JourneyPure’s program here over the last three months said it wasn’t their first time in treatment.

“I’m watching the dominoes fall on our industry,” said David Perez, JourneyPure at the River’s new chief executive, who has helped lead the push toward using more medication-assisted treatment. “People are dying, and we are feeling more and more impotent to stop it. That is what’s shifting beliefs, more than anything.”

The internal tensions over JourneyPure’s changing policy, and how proactively it should promote medication as an option, reflect an often reluctant shift taking place in the drug treatment world.

At the same time, the Trump administration’s view on medication-assisted treatment has evolved from critical to fully supportive. Tom Price, Mr. Trump’s first Health and Human Services secretary, appalled many addiction experts by saying, “If we’re just substituting one opioid for another, we’re not moving the dial much.” But Mr. Price’s successor, Alex Azar, a former pharmaceutical executive, has embraced the approach.

When the administration announced $1 billion in new grants to expand access to treatment earlier this year, it emphasized that only programs that made these medicines available were eligible. Mr. Azar has also enlisted his agency’s Center for Faith and Opportunity Initiatives, to reach out and explain the importance of medication to religiously affiliated providers of treatment and recovery services, which tend to embrace an abstinence-only approach.

More than 70,000 people in the United States died of overdoses in 2017, and opioids were the main driver. But nationally, 49 percent of the nearly 3,000 residential programs that treat opioid addiction still don’t use any of the medications proven to save lives, according to an analysis by amfAR, a foundation that funds AIDS research. Even so, that is an improvement over 2016, when 58 percent weren’t using any of them.

The strong evidence for medication-assisted treatment has yet to win over not only many treatment providers, but patients themselves.