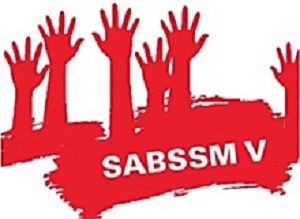 An increasing number of HIV patients in the Western Cape and other parts of South Africa are experiencing resistance to second-line antiretroviral therapy (ART). The Star reports that this was revealed by the fifth South African National HIV Prevalence, Incidence, Behaviour and Communication Survey conducted last year by the Human Sciences Research Council (HSRC). The survey found resistance to ARVs in 27.4% of the respondents who were not virally suppressed.

Western Cape Health spokesperson Mark van der Heever said in the report: “An increasing number of patients in South Africa and the Western Cape are experiencing virologic failure to second-line antiretroviral therapy (ART), and those who develop resistance to protease inhibitors (PI) will require third-line ART.

“According to literature, about 15% of patients on second-line ART will need to change to third-line ART because of resistance. However, the majority of patients in the province are on first-line ART.”

Dr Gillian Hunt, an expert on HIV drug resistance from the National Institute for Communicable Diseases, and co-investigator of the survey, said in the report: “The results from this study are consistent with those reported in the 2017 World Health Organisation HIV Drug Resistance report, where levels of resistance in persons failing first-line treatment are between 50% and 90%, and more than 10% in persons starting first-line treatment in southern African countries.”

UCT Professor Thomas Rehle, who was involved in designing the study, said: “Understanding the current levels of HIV drug resistance and its potential impact on the HIV epidemic is especially crucial for South Africa, which has the largest number of HIV-infected individuals on ARVs.”

Survey summary
The Fifth South African National HIV Prevalence, Incidence, Behaviour and Communication Survey, (SABSSM V), a population-based cross-sectional survey of households in South Africa, was designed to assess the prevalence and trends of key HIV–related indicators. The survey was conducted between January and December 2017 by the Human Sciences Research Council (HSRC) and provides information on national and sub-national progress toward HIV epidemic control in the country. This report summarizes the HIV epidemic and impact of South Africa’s national HIV response. HSRC has a long history of undertaking population-based surveys on HIV, starting with the 2002 Nelson Mandela/HSRC survey on HIV/AIDS, followed by the 2005, 2008, 2012 surveys. The 2017 survey is the fifth wave of the survey.