Reverse zoonoses in COVID-infected lions and pumas at Gauteng zoo 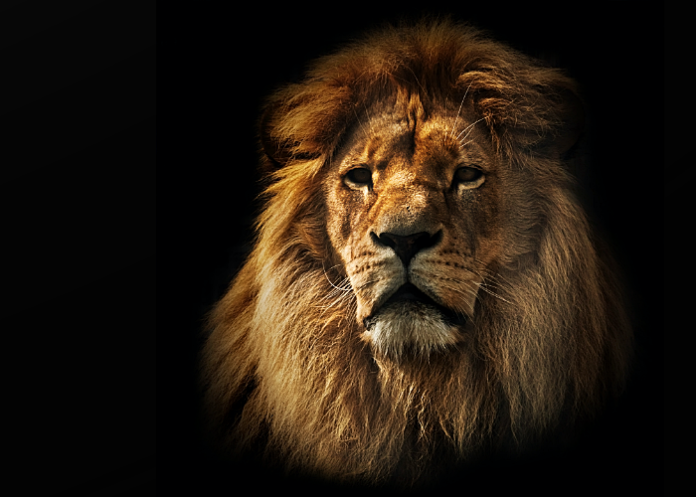 Reverse zoonotic COVID-19 transmission from asymptomatic animal handlers at a Gauteng zoo not only posed a risk to endangered big cats kept in captivity but entailed the risk of new variants emerging in other animal reservoirs and these variants being transmitted back to humans, found a University of Pretoria study.

Since the pandemic began, minks infected with the coronavirus in Denmark have been culled and Hong Kong said this week that 2,000 small animals, including hamsters, would be culled after some tested positive for the disease.

The study was led by Professor Marietjie Venter, head of the Zoonotic, Arbo- and Respiratory Virus Programme at the University of Pretoria’s Department of Medical Virology and Professor Katja Koeppel, associate professor of Wildlife Health at the UP’s Faculty of Veterinary Science. The findings of the study were published in Viruses journal.

Postdoctoral students Dr Adriano Mendes and Dr Amy Strydom of the Zoonotic, Arbo- and Respiratory Virus Programme were responsible for the initial diagnoses and genomic investigations of the human and animal cases; while Dr Lia Rotherham and Professor Misheck Mulumba, director of the Agricultural Research Council Onderstepoort Veterinary Research Campus, confirmed the diagnoses.

It is the only study yet from Africa entailing genomic One Health investigations revealing that Delta variants of COVID-19 were transmitted from humans to animals One Health is an approach recognising that the health of people is closely connected to the health of animals and a shared environment.

The scientists found that reverse zoonotic transmission of COVID-19 from asymptomatic animal handlers at an unnamed private Gauteng zoo posed a risk to big cats kept in captivity, as transmission of the Delta variant to these animals could result in more severe disease. The animals tested PCR positive for up to seven weeks after becoming sick.

“This extended period of potential virus shedding poses a risk of infection to animals in close proximity and possibly humans. The animals were therefore placed in quarantine until they tested negative,” the scientists said.

In 2020, the team had tested the faeces of two pumas that had previously shown signs of anorexia, diarrhoea and nasal discharge. “They tested positive for COVID-19, and exhibited mild symptoms,” said Koeppel. “They were medicated and made a full recovery after 23 days. Unfortunately, we could not carry out an investigation into the source or the specific variant involved in the outbreak. The samples were diagnosed by real-time PCR at the time of the outbreak, but when we tried to sequence the sample a year later, there was insufficient RNA left for genome sequencing.”

A year later, during South Africa’s third wave of the COVID-19 pandemic, the team conducted a study on three sick lions at the same zoo. “The lions had breathing problems as well as runny noses and a dry cough for up to 15 days,” Koeppel said. “A persistent cough was seen between five and 15 days, with two lions experiencing difficulty breathing. One lioness developed pneumonia that did not respond to antibiotics.” Respiratory swabs were submitted to Venter’s programme, where the cases were investigated.

Staff and lions were monitored in the weeks that followed for the presence of SARS-CoV-2 and, within 15 to 25 days, all three lions made a full recovery. “A One Health investigation into the source of infection was conducted on 12 staff who had been in direct or indirect contact with the lions,” Venter said. “Swab and serum testing were carried out.”

One employee who had direct contact with the lions and another who had indirect contact tested PCR positive for SARS-CoV-2 two weeks after the start of the lion disease course. All three lions were PCR positive. “These two individuals and three other staff also tested positive for anti-spike IgG antibodies,” Venter said. “None of the staff interviewed reported any recent symptoms of COVID-19; however, the zoo keeper developed mild symptoms the next day and was confirmed positive.”

More tests were done. “These data suggest that SARS-CoV-2 was circulating among staff during the time that the lions got sick, and suggests that those with direct contact with the animals were probably responsible for the reverse zoonotic transmission.”

Genome sequencing was conducted on the humans and three lions, and tests revealed that each of the infections was a Delta variant. The two pumas and three lions presented with respiratory illness that was similar to COVID-19 in humans. The animals did not respond to antibiotic treatment but recovered after treatment with anti-inflammatory drugs and supportive care.

“Detection of viral RNA in the upper respiratory tract and the faeces, coupled with the fact that the pumas and lions had symptoms, reveal that this virus is able to infect these animals via a natural infection route,” Venter said.

These outbreaks are at least the third and fourth of this kind in which SARS-CoV-2 has been shown to transmit between humans and captive large felines, “although the current study is the only one that reports on genomic One Health investigations of Delta variants transmitted from humans to animals, and the only one reported so far in Africa," Venter added.

Measures such as mask-wearing and infection control when dealing with captive animals, as well as barriers so that visitors to zoos canʼt get too close to them, are advisable, the researchers said, “to protect endangered species from getting sick and dying”.

“These measures are also important because of the risk of new variants emerging if the virus establishes itself in other animal reservoirs; these variants could be transmitted back to humans.”

Reverse-zoonotic infections of severe acute respiratory syndrome-related coronavirus 2 (SARS-CoV-2) from humans to wildlife species internationally raise concern over the emergence of new variants in animals. A better understanding of the transmission dynamics and pathogenesis in susceptible species will mitigate the risk to humans and wildlife occurring in Africa. Here we report infection of an exotic puma (July 2020) and three African lions (July 2021) in the same private zoo in Johannesburg, South Africa.

One Health genomic surveillance identified transmission of a Delta variant from a zookeeper to the three lions, similar to those circulating in humans in South Africa. One lion developed pneumonia while the other cases had mild infection. Both the puma and lions remained positive for SARS-CoV-2 RNA for up to 7 weeks.

In July 2020, two pumas (LPZ0017 and LPZ0018) in a private zoo showed signs of anorexia, diarrhoea, and nasal discharges. The two pumas were in one enclosure. LPZ0018 also developed ocular discharge and a dry cough, which persisted for 13 days. LPZ0018 was anaesthetised with medetomidine (2 mg, Kyron Laboratories, Johannesburg,) and zolazepam and tiletamine (Zoletil®, Virbac, South Africa, 40 mg) on 27 July 2020. A nasopharyngeal sample (NP) was taken for SARS-CoV-2 after 5 days of persistent coughing, which did not respond to antibiotic therapy (12 mg/kg bid, Amoxycillin/Clavulanic acid, Auro Amoxiclav, Aurobindo, Johannesburg). Follow-up samples were taken on the 13 August, 25 August, and 9 September 2020 of LPZ0018. As puma LPZ0017 only presented with mild clinical signs, it was decided not to anaesthetise the animal for testing purposes. Both pumas made a full recovery after 23 days.

In June 2021, three lions (ZRU125/21, ZRU127/21 and ZRU128/21) who were all born in captivity and raised in a zoo exhibited respiratory symptoms. ZRU127/21 and ZRU128/21 were kept in one enclosure and ZRU125/21 was kept in a separate enclosure. The clinical signs in these lions were predominantly upper respiratory with nasal and ocular discharge and a dry cough for up to 14 to 15 days. A persistent cough was seen between 5 and 15 days with worsening and difficulty breathing in two lions (ZRU127/21 and ZRU128/21) for 10 days after the onset of cough. Transient anorexia (1 to 2 days) was seen in 2 out of 3 lions (ZRU125/21 and ZRU127/21). Lions were treated orally with amoxiclav (8 mg/kg bid) and a NSAID (meloxicam, 0.05 mg/kg, qd, coxflam, Novartis, Johannesburg, South Africa). ZRU125/21 did not respond to antibiotics (Amoxycillin/Clavulanic acid, Auro Amoxiclav, Aurobindo, Johannesburg, South Africa). The lioness was immobilised with medetomidine (6 mg) and zolazepam and tiletamine (Zoletil®, 100 mg) and a NP sample was tested for SARS-CoV-2 on 22 June. Subsequent oropharyngeal or NP samples were taken on 25 June of the other two lions as well as zoo staff who had direct or indirect contact with the lions. Staff and lions were monitored in the subsequent weeks for the presence of SARS-CoV-2. Voided faecal samples from the lions were also collected from 25 June to 12 July 2021. ZRU125/21 received a dose of dexamethasone (Kortico, Bayer, Johannesburg) intravenously as she started to develop pneumonia indicated by bronchial changes on radiographs. All three lions made a full recovery within 15 to 25 days.