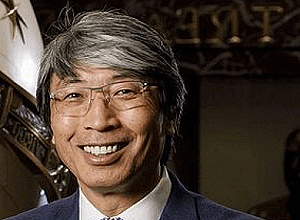 Biovac is the result of a partnership formed with the South African government in 2003 to establish local vaccine manufacturing capability for the provision of vaccines. ImmunityBio was founded in 2014 to create innovative immunotherapies for use in oncology and the treatment of infectious diseases. It is a “leading late-clinical-stage immunotherapy company developing next-generation therapies that drive immunogenic mechanisms for defeating cancers and infectious diseases”.

Moneyweb reports that the venture will work towards developing the capability for the full value-chain manufacturing of vaccines.

ImmunityBio’s second generation COVID-19 vaccine – hAd5 T-cell Sars-CoV-2, which is currently undergoing clinical trials in South Africa and the US – kills the infected cell, thus preventing virus replication. It is anticipated that this vaccine will offer broader protection against multiple variants of COVID-19, such as the 501Y.V2 variant found in South Africa.

Moneyweb reports that the collaboration with ImmunityBio will result in a technology transfer, which will build Biovac’s capability for active pharmaceutical ingredient (API) manufacturing. The partnership, while initially targeted at manufacturing the hAd5 T-cell Sars-CoV-2 vaccine, will ensure a “sustainable and equitable approach to vaccine manufacturing and will form a solid foundation for an independent local response to future pandemics”.

Moneyweb reports that founder and executive chair of ImmunityBio, South Africa born and educated Dr Patrick Soon-Shiong, stated: “In addition to working with local researchers in the clinical development I am equally pleased to commence work with Biovac which is the only specialist vaccine company in South Africa and that has proven that vaccines can be produced in Africa at a high standard as demonstrated by their prior collaborations on paediatric vaccines with global multinational vaccine companies.

“This gives us the confidence that South African manufacturing capability is at an equally high standard to its global counterparts and has the potential to respond more fully to future pandemics. Biovac’s Private Public Partnership model also demonstrates that private sector can partner with government in the quest for a common health response.”

Moneyweb reports that University of Cape Town researchers commenced a Phase I clinical trial of ImmunityBio’s hAd5 T-cell Sars-CoV-2 vaccine after approval from the South Africa Health Products Regulatory Authority. The trial is being conducted at the Wellcome Centre for Infectious Diseases Research in Africa’s clinical research site in Khayelitsha.

Soon-Shiong said he was “excited” about the potential of the company’s vaccine candidate. “Unlike antibody-based vaccines, T-cell-based vaccines kill the infected cell, preventing virus replication, and could provide long-term memory to recipients,” he is quoted in TimesLIVE as saying.

“Pursuing a vaccine that does not rely solely on targeting the S protein where the mutations are occurring is of critical importance as multiple variants of the SARS-CoV-2 virus have appeared globally, with concentrated outbreaks being detected in South Africa.” Part of the trial will be to determine if the vaccine can be delivered orally, he added.

The partnership involves a technology transfer which will see Boivac expand its capacity from formulating and finishing vaccines to manufacturing them as well.

Biovac CEO Dr Morena Makhoana said the collaboration was a strategic step in the quest to build vaccine-manufacturing capability in Africa. “These collaborations are a significant stepping stone to addressing the gap in Africa of self-reliance and pandemic response capability,” he said in TimesLIVE.

Sunday Times Daily reports that until this week, Soon-Shiong was a relatively unknown name for many in the country of his birth. But, the report says, ImmunityBio is just one of the ventures the Gqeberha (Port Elizabeth)-born Soon Shiong is heading.

The billionaire businessman, who according to Forbes is currently worth $8.1bn, is a transplant surgeon, bioscientist and media mogul. The owner of the title of the richest doctor in the world made most of his money from his creation of cancer drug Abraxane, effective in lung, breast, and pancreatic cancer treatment.

Sunday Times Daily reports that Soon-Shiong was born in South Africa on 29 July 1952 to Chinese immigrant parents who had fled their country during WWII. According to Forbes, he graduated from high school at 16 and received a bachelor's degree in medicine from the University of Witwatersrand when he was 23 years old.

He interned at Johannesburg General Hospital, now the Charlotte Maxeke Johannesburg Academic Hospital. He earned his master's degree in 1973 at the University of British Columbia and in 1977 moved to Canada with his wife Michele Chen where he worked as a surgical resident at Vancouver General Hospital.

The couple moved to the US in 1984 and Soon-Shiong began surgical training at the University of California. The couple now have two children. The doctor became a businessman in 1991 when he started diabetes and cancer biotechnology firm VivoRx Inc. Six years later Soon-Shiong held 80% of the newly-founded APP Pharmaceuticals which was sold in 2008 for $4.6bn to German health-care company Fresenius SE.

Sunday Times Daily reports that according to Forbes, in 2008 and 2010 he sold his drug companies Abraxis American Pharmaceutical Partners for a combined $9,1bn. His cancer medication company NantKwest went public in 2015 and a year later medical company NantHealth also went public. NantHealth is one of many start-ups under Soon-Shiong's NantWorks.

In 2018 NantWorks bought the Los Angeles Times and San Diego Tribune for $500m. The company also has stakes in media firm Tribune Publishing and the Los Angeles Lakers basketball team.

And, Sunday Times Daily reports, recently ImmunityBio was selected for Operation Warp Speed, a US public-private partnership to facilitate and accelerate the development, manufacturing, and distribution of COVID-19 vaccines.

Speaking about this latest project with Biovac, Sunday Times Daily quotes Soon Shiong as saying there wasn't anybody else in the world that had taken one vaccine and given it three routes of administration.

ImmunityBio's candidate vaccine can be taken orally by swallowing a capsule or placing it under the tongue, or administered by injection.