Sleep catch-up does not reverse metabolic disruption from sleep loss 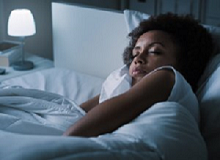 Weekend recovery or catch-up sleep does not appear to be an effective countermeasure strategy to reverse sleep loss induced disruptions of metabolism, found a US study.

Insufficient sleep and untreated sleep disorders put people at increased risk for metabolic problems, including obesity and diabetes. But is extra sleep on the weekends enough to reduce those risks? The short answer is "no."

"The key take-home message from this study is that ad libitum weekend recovery or catch-up sleep does not appear to be an effective countermeasure strategy to reverse sleep loss induced disruptions of metabolism," says Kenneth Wright of the University of Colorado Boulder.

People often sleep more on weekends than they do during the week. Yet it wasn't known how returning to an insufficient sleep schedule during the workweek after a weekend of recovery sleep influences a person's metabolic health.

To find out, in the new study, researchers led by Christopher Depner and Wright enlisted healthy young adults. Each participant was randomly assigned to one of three groups. The first had plenty of time to sleep – 9 hours – each night for 9 nights. The second had just 5 hours to sleep each night over that same period. Finally, the third slept 5 hours for 5 days followed by a weekend in which they slept as much as they liked before returning to another 2 days of restricted sleep.

In the two sleep-restricted groups, insufficient sleep led to an increase in snacking after dinner and weight gain. During ad libitum weekend recovery sleep in the third group, study participants slept an hour longer on average than they usually would. They also consumed fewer extra calories after dinner than those who got insufficient sleep.

However, when they went back to getting insufficient sleep after the weekend, their circadian body clock was timed later. They also ate more after dinner as their weight continued to rise.

"Our findings show that muscle- and liver-specific insulin sensitivity were worse in subjects who had weekend recovery sleep," Depner says, noting that those metabolic aberrations weren't seen in the people who got less sleep all along. "This finding was not anticipated and further shows that weekend recovery sleep is not likely (to be) an effective sleep-loss countermeasure regarding metabolic health when sleep loss is chronic."

The Sleep Research Society and American Academy of Sleep Medicine recommends 7 or more hours of sleep nightly for adults, to promote optimal health. The new findings add to evidence that insufficient sleep is a risk factor for metabolic disorders. It also shows that catching up on weekends isn't the solution to chronic sleep loss during the week.

Wright says that it's not yet clear whether weekend recovery sleep can be an effective health countermeasure for people who get too little sleep only occasionally – a night or two per week, perhaps. They hope to explore the fine details of these dynamics in future studies, including the influence of daytime napping and other strategies for getting more Zzzs.